The Match! LVMH vs Kering

LVMH and Kering dominate the global luxury goods market. But which of the two groups is the more powerful? It’s time for a walk off! 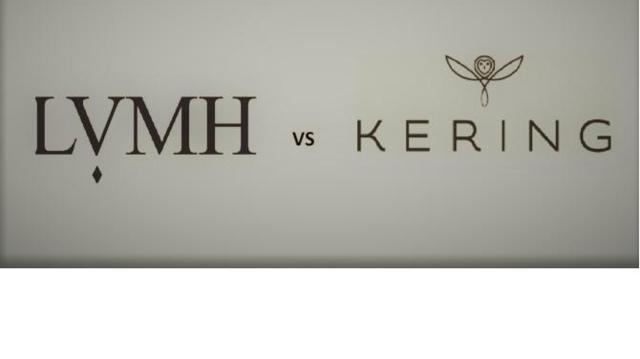 Rebuilding Notre-Dame is an opportunity – and not just for architects. The flames had barely been brought under control on April 15th before two of France’s richest men were pledging vast sums to the reconstruction effort. François-Henri Pinault, Kering’s CEO, was first in with a headline-grabbing €100 million, which was swiftly followed by his counterpart at LVMH, Bernard Arnault, donating €200 million. This ‘anything you can do I can do better’ attitude is a snapshot of the intense rivalry between these two titans of the luxury sector.

When considering turnover, as well as looking at the bottom line, it’s worth emphasizing the fact that both these groups are doing swimmingly. In 2018 LVMH’s turnover went up 10% while Kering’s rose 29% (boosted by a 37% increase in Gucci’s income). LVMH’s net profit for the year was $4.1 billion, whereas Kering’s was $7.1 for the same period. Overall, LVMH brought in $52 billion in 2018, eclipsing Kering’s $15 billion.

On Facebook, LVMH is the more popular company. Its page has over 212,000 ‘likes’ compared to just 33,000 for Kering. And when we look at the pages of each group’s most popular brands, there is also a sizeable gap. Taken combined, Louis Vuitton, Christian Dior and Sephora have 47 million ‘friends’ whereas Gucci, Bottega Veneta and Saint Laurent between them have 18 million. Looking beyond raw data, it’s clear that the communications strategy employed by Kering to increase its profile is bearing fruit. It has just concluded a successful five-year partnership with the Cannes film festival, for example. LVMH is a patron of the arts, regularly sponsoring exhibits in some of Paris’ most prominent museums, such as the Grand Palais or the Pompidou Centre. In fact, Paris’ newest museum is even called the Fondation Louis Vuitton! When it comes to celebrity endorsements, LVMH has the big hitters. Charlize Theron, Johnny Depp and Nathalie Portman represent Dior, while Gucci go for younger, edgier stars, such as Jared Leto and Lana Del Rey.

LVMH group is the owner of 70 brands – 21 alone in the wine and spirits sector, including Dom Perignon and Hennessey. This branch generated €4.6 billion in 2015. In the fashion and leather goods sector the company has 15 brands, including Christian Dior, Fendi and Louis Vuitton. In addition, LVMH owns or invests in a number of print and radio media outlets. Other interests include hotel chain Cheval Blanc and Dutch yacht building company Royal Van Lent.
Kering cannot live with LVMH in terms of the size of its stable of brands. But what it lacks in quantity, it more than makes up in quality, Gucci, Balenciaga, Saint Laurent, Puma, Cartier… the list goes on.

It’s time for the men at the top to strut their stuff. After becoming the major shareholder in 1989, Bernard Arnaud made Louis Vuitton Moêt - Hennessey the world’s biggest luxury goods company a short time thereafter. François Henri Pinault inherited the Printemps-Pinault-Redoute (PPR) empire from his father in 2005. He made the strategic choice to sell off many of the existing assets, such as the Printemps chain of French department stores, in order to finance a transition to prestige couture brands. Such was the success of the operation from a financial point of view that when it came to choosing a new name for the company, the directors unanimously backed his choice, Kering.
In 2019 Bernard Arnault is estimated to be worth $75 billion which, according to Forbes, makes him the richest Frenchman on the planet. François-Henri Pinault’s personal fortune stands at $29 billion and has increased 12% in the last year alone.

Conclusion: LVMH owns the catwalk and leaves its compatriot in the shadows – strike a pose Monsieur Arnault. Despite Kering’s best efforts, LVMH is has the star power and the financial muscle and its very hard to see Kering (or any other luxury goods group for that matter) knocking it off its perch. The only hope for Kering is to acquire up and coming brands outside of its home market, in the hope that they can be turned into the top fashion houses of tomorrow. But risky bets can have a negative impact on share prices.