The Match! Coke vs Pepsi

In the latest installment of Leaders League’s recurring series The Match!, two giants of the soft drinks world get fizzical. Diversification, digital strategy, international expansion… the battlefields are many, but there can be only one winner. 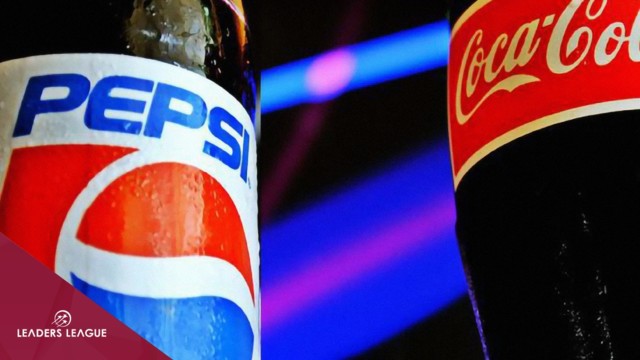 In the beginning there was cola, and it was good, but in recent decades both companies have thirsted for more. In 2021 The Coca-Cola Company and PepsiCo are multi-branch multinationals. The former, founded in Atlanta at the end of the 19th century, has a number of brands that are household names: Coke and its many derivatives including Diet Coke and Cherry Coke, but also Sprite, Fanta, the bottled water Dasani and the fruit juice Minute Maid. The company has more than 20 brands valued at more than a billion dollars each. It continues to diversify; in August 2018 the company made waves by acquiring coffee house chain Costa from Whitbread for over 5 billion dollars.
Pepsi, for its part, is estimated to have 22 products each worth over a billion dollars. But the company, founded in 1965 with the merger of the Pepsi-Cola company and Frito-Lay, also sells snacks, such as Doritos. With sports drink Gatorade and breakfast cereal Quaker Oats also in the PepsiCo portfolio, Pepsi has made diversification a priority. With the purchase of Tropicana in 1998, PepsiCo became the world No.1 in fruit juice market. The range of brands under the PepsiCo umbrella is the key to its strength as a company and this policy of diversification has continued in recent years with the purchase of SodaStream for 3.2 billion dollars in 2018.

Siempre Coca-Cola! The United States no longer accounts for the majority of Coca-Cola’s sales, totaling 43% of turnover in 2019. Mexicans consume the most Coca-Cola on the planet (225 liters on average per person, per year, or about two cans a day).
For Pepsi, the majority, just, of their sales still come in the US, where the group make 51.3% of their money. That’s not to say that the Harrison NY-headquartered company has neglected the international market. In 1972 Pepsi became the first mass-produced western consumer good to be distributed in the USSR, where it enjoyed a monopoly until 1985 and the arrival of…Coke. The arrangement was unusual, Pepsi was paid in Stoli vodka, which it then resold in the United States, and later in battleships and submarines! Such an unconventional arrangement did not survive the collapse of communism, and a few short years after the fall of the Iron Curtain, Coke overtook Pepsi as the best-selling cola in Russia.

It’s tempting to look at sales of their sodas and hand the crown to Coke, but that would be a mistake. In 2020 the Atlanta-based company registered 33 billion dollars in turnover (down 5 billion in one year) but Pepsi did considerably better, raking in 70 billion (up 3 billion in one year). A difference due to the strategy of diversification pursued by PepsiCo.

In the 1980s, in order to maintain the exponential growth of its sales, Coca-Cola began buying into the entire chain of production, starting with the production of cocoa, the most profitable element of the production chain. The firm then went on to take over its bottlers in order to increase economies of scale and streamline production. By 2014 it sold 86% of its volume of concentrate to its own bottling companies. In 2015 three Coca-Cola owned bottlers in Europe merged to become Coca-Cola European Partners, giving birth to a group valued at 28 billion dollars.
Pepsi have tried to follow the same vertical integration strategy, but they are playing catch up and have had limited success so far.

Pepsi’s market capitalization in November 2021 is estimated at 166 billion dollars, well below Coke’s 245 billion. Of note, when Christiano Ronaldo removed the bottles of Coke placed from in front of him at a press conference during Euro 2020, the company's market cap dropped by over 4 billion dollars in the space of a few seconds!

Historically, Coke has had the edge here. The red can with the white swirl is an instantly recognizable brand that has become a symbol of the American way of life. Coke sponsors the biggest sporting competitions in the world, the FIFA World Cup, and the biggest fast-food chain, McDonalds, partnering the latter for almost 70 years. Coke even has a department entirely dedicated to relations with the firm with the golden arches.
Pepsi has often sought to position itself as the younger, cooler alternative to Coke, as their 1980s slogan ‘the choice of a new generation,’ would have us believe. To pursue this aim, it became the main sponsor of the NBA in 2015, replacing... Coke. PepsiCo has also tried to leave an impression on customers in in China by launching a smartphone (developed by a Chinese manufacturer) in 2016.

Seducing millennials is a key challenge for the two soft-drinks giants, and social networks are a key battleground. In November 2021, Coke had 3.3 million Twitter followers to Pepsi’s 3 million, but tweeted 285,600 times to Pepsi’s 70,600.
During the same period Coca-Cola had 2.7 Instagram subscribers to Pepsi’s 1.7 million. Have a Coke and an Insta-smile!

Conclusion: Pepsi is more diversified than its eternal rival, which makes it more profitable, but in terms of their main product, Coke, as a symbol of the American way of life, remains the more iconic brand.