The Match! Nike vs Adidas

These two sportswear apparel giants stand head and shoulders above the competition, but what are the strengths and weaknesses of each brand? The teams are in the tunnel, let’s find out in the latest edition of The Match! 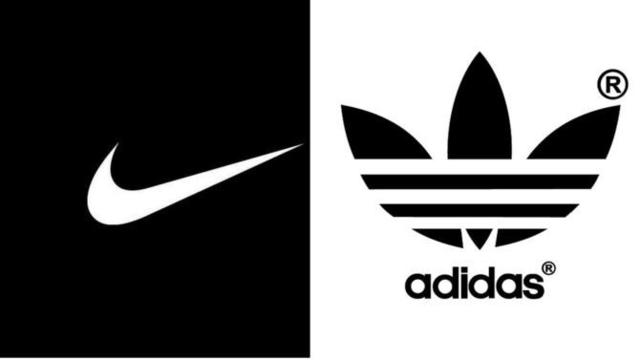 Nike is the relative newcomer, having been set up by Philip Knight and Bill Bowerman in 1971, while German company Adidas is celebrating 70 years in existence in 2019.
Nike sold $22.3 billion worth of footwear in 2018 while Adidas brought in $14.6 billion.
When it comes to acquisitions, Nike and Adidas bought then sold off leading British sportswear companies Umbro and Reebok respectively in recent years. Nike still has Converse and Hurley, a surfwear company, in its portfolio while Adidas is the parent company of golf brand TaylorMade.
In terms of staff numbers, Nike has 70,000 while there are 55,000 at Adidas.

Nike is the exclusive uniform supplier to the NFL and NBA, the two most popular sports leagues in America, while Adidas has to content itself with the ice hockey’s NHL and Major League Soccer, although with the boom in soccer’s popularity stateside, the latter will increase in value over the years to come.
Regarding football of the non-American variety, neither company has exclusivity in any of the major European leagues. Here the combat is fierce, with the two companies paying hundreds of millions of dollars each to big name clubs just for the right to make their kit. Strategic battles are even fought over the balls themselves, with Adidas supplying the official ball of the World Cup and Champions League, while the Premier League and Serie A kick around a Nike.
When it comes to individual players, the two are even more entwined. Nike sponsors Christiano Ronaldo, although his team, Juventus, play in Adidas kit, while for Lionel Messi it’s the opposite, with Adidas being his personal sponsor and Nike supplying the Blaugrana’s gear.
Of course, Nike has the most profitable sponsorship deal of all time, with basketball legend Michael Jordan, whose Air Jordan brand is the nearest either side come to having a category killer.

The company with the swoosh logo is in rude financial health. In 2018 it boasted turnover of $36.6 billion, up six percent on 2017 while the one with the three stripes saw its turnover increase year on year by 15% to $23.7 billion. After tax, Nike made $4 billion in profit in 2018 compared to $1 billion for Adidas. At $38 billion, Adidas’s market capitalization in 2018 was only around a third of Nike’s $107 billion.

Nike is still very dependent on sales in the US, which accounted for 40% of its turnover in 2018. Europe, the middle East and Africa accounted for 25% and China 14%. Adidas is less dependent on any one region. Western Europe accounts for 27% of turnover, closely followed by North America with 20% and China 17%.

Facebook, Twitter, Instagram…these are strategic social media platforms for the two brands as they allow you to win over millennials with their disposable income. Adidas has the lead on Facebook with 35 million friends to Nike’s 32 million, but on the two others it’s not even close. Nike has 7.7 million Twitter followers to Adidas’ 300,000 and on Instagram, the most important social network for brands, Nike has 86.5 million followers to Adidas’ 23.4 million.

Conclusion: A big victory for Nike. Recent matches between these two have gone the way of the Americans, although with its impressive growth, there are signs that Adidas can make it a closer game in the years to come.