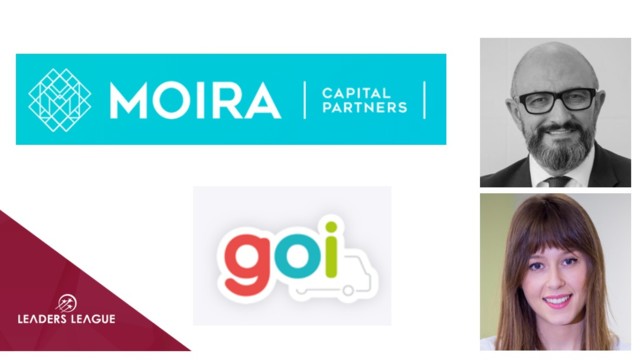 Madrid-headquartered GOI is focused on the transport, assembly and installation of bulky goods.  It was founded three years ago by entrepreneur Yaiza Canosa.

Moira will invest €17 million euros via a capital increase – the investment will be used to finance GOI’s business plan.

GOI, which this year expects to report a turnover of €12 million, was advised on the deal by Jordi Nieto of Ennegram Capital Partners. GOI has been growing extremely rapidly – in 2019, the company had a turnover of €4.8 million. Among its clients are Amazon, Ikea and Leroy Merlin.

GOI has a team of more than 70 people that consists of technology, finance and logistics experts.

Javier Loizaga, president of Moira Capital Partners, said: "We firmly believe that GOI represents a unique investment opportunity in the growing and transforming volume logistics sector.  We want to take advantage of the enormous opportunities offered by the increase in e-commerce and the scarce technological development of the segment, with the most innovative operator, recognised for its model that provides service standards far superior to those of the competition, and with a top level management team, led by its founder and CEO".

Canosa said: "We are totally in tune with Moira and we are sure that they will be a great support to boost GOI's growth in this new stage. Bulky goods logistics is a highly atomised sector provided by operators without technology or specialization – real-time traceability and technology are very important to optimise the service.  We are also at a very special time, when logistics is the key to how we consume, and we at GOI want to be leaders in this growing market with a unique service offering.”