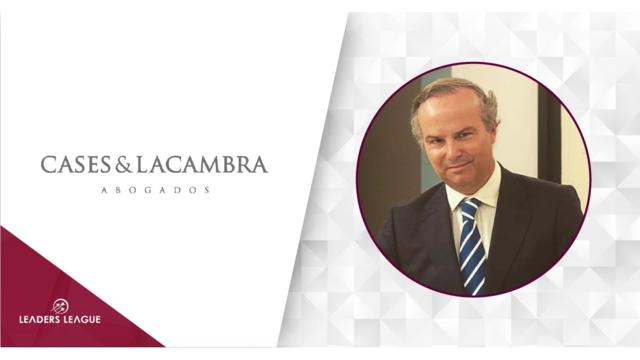 Echenique, whose other previous roles have included a spell as an in-house lawyer at Abengoa, will be part of Cases & Lacambra’s commercial practice. His focus will be on the energy, infrastructure and construction sectors.

Prior to joining Abengoa in 2010, Echenique was a senior associate at Uría Menéndez.

Earlier this year, Cases & Lacambra strengthened its Barcelona office with the hires of Lucas Palomar and Bojan Radovanovic as partners.

In January, Cases & Lacambra opened an office in Miami in a bid to become the “key law firm for investments from Andorra, Spain and Europe in Latin America, the US and Canada”.

Cases & Lacambra has offices in Andorra, Barcelona, Madrid and Miami.