'Businesses should adopt measures that minimize the risk of labor disputes'

Employers should incorporate measures in their business models that help them identify potential labor-related risks and therefore enable them to manage them properly, says Silvia Bauza. 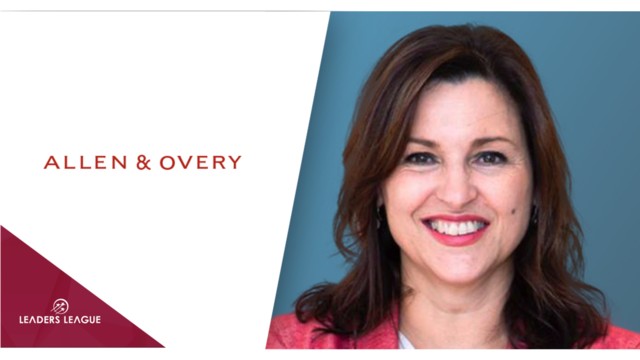 LEADERS LEAGUE. What are currently the major growth areas in terms of employment-related legal work in Spain?

Sylvia Bauza. Currently, the major growth areas are those derived from the most recent European Union law reforms and requirements, especially those focused on the registration of working hours, the new measures to enhance the reconciliation of work and family life, co-responsibility in child care and elderly care, equality and inclusion and the wage gap.


What new trends are you seeing in employment disputes?

In recent years there has been an increase in the complexity of employment disputes and a greater number of conflicts arising from internal investigation processes that, in turn, lead to possible violations of fundamental rights, mainly due to the use of new technologies and increasing use of social networks.

At the same time, as a result of the so-called ‘collaborative economy’ and the precariousness of digital platforms, we have witnessed an increase in conflicts where the focus of the claim is the protection of the employment-related nature of relationships as well as the protection of employment contracts as opposed to other contractual issues such as self-employed workers.


Is employment litigation increasing or decreasing? Why?

We are observing a significant increase in employment litigation due to various factors. On the one hand, the legal-labor reforms in Spain in  recent years have caused some legal uncertainty in relation to matters that are still awaiting interpretation by our Supreme Court.

For this reason, the parties involved in the conflicts, both individual and collective, keep their judicial disputes and appeals alive in the hope of obtaining a ruling in their favour.

In addition to the above, there is the increasing impact of the European Courts that has, on many occasions, a major effect on traditional jurisprudence. Also workers have a greater knowledge of laws and judicial rulings.


Is their less employment-related restructuring work than there was a year ago?


What steps should employers be taking to reduce the risk of becoming involved in employment disputes in Spain?

From our point of view, there are several steps that employers should take to reduce the risk of being involved in employment disputes:

a) Preventive advice and adoption of measures that foresee and try to minimize conflict: employers should incorporate in their business models labor compliance measures that will help them identify areas in which there are legal-labor risks and therefore manage them properly. The preventive management of the conflict and the risk areas will help to constrain it and help with the adoption of the necessary measures to prevent its occurrence.

b) Regulate internal legal-labor issues which could give rise to conflicts (for example, registration of working hours, equality plans, and the use of technology in the company) from a labor point of view and not only from a point of view of data or systems protection.

c) Foster a culture of social dialogue in companies, reaching agreements before they result in litigation.

d) When making strategic business decisions, take into account human resources and legal-labor aspects as well as those of the business.

What do you think will be the major employment-related innovations in the coming year?

As a result of the new government in Spain, a great number of labor law reforms with a very significant impact are expected. The most significant aspects that the government has announced it intends to modify are the following:

a) Increase in the legal minimum wage to make it equivalent to 60 per cent of the average salary in Spain.

b) End the possibility of objective dismissals due to absences or medical
leave.

c) The automatic extension of collective bargaining agreements (CBAs) if a new agreement is not reached – this will mean the annulment of the one-year limitation introduced in the last reforms.

e) Modification of outsourcing rules and limitations to its use.

f) Review the mechanism for non-application of collective bargaining agreements so that it is only possible to stop the application of wages agreed in CBAs when there are serious economic implications such as the existence of significant losses that justify it.

g) Review of objective dismissals based on economic, organizational, technical or production grounds. The idea is to recover the principle of proportionality and connection.

In addition, the coalition agreement proposes to strengthen the role of the labor inspectorate and the labor authority with regards to the control and supervision of collective dismissals to ensure that the information, consultation and mediation mechanisms are guaranteed.