The Italian tax boutique welcomes Raffaele Villa and Luca Marraffa to the fold, even as it waves goodbye to another partner, Paolo Serva. Is a trend emerging in the Italian tax law landscape? 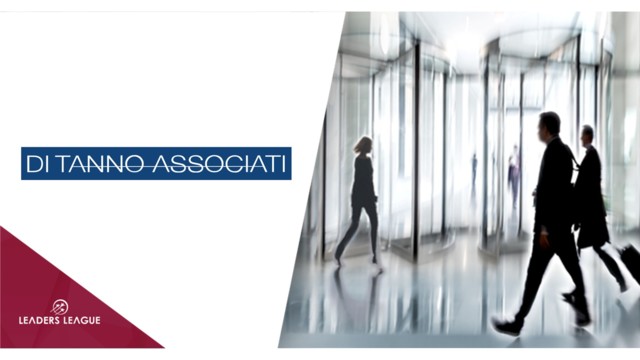 Particularly well versed in international and corporate tax, Villa is actually a Di Tanno alumnus; he left the firm to lead the tax department at Watson Farley Williams before moving to EY and, later, CBA Studio Legale e Tributario. Meanwhile, Marraffa, also highly experienced in international and corporate tax as well as transfer pricing and taxation relating to financial instruments, comes directly from EY. He began his career at legal and tax firm Pirola Pennuto Zei & Associati, before moving to a tax professor’s law firm, which he left in 2014 to join EY.

Both lawyers are relatively young; Marraffa was a senior manager at EY, while Villa was counsel at CBA. Their arrival as partners, both in their 40s, in addition to the promotion of Iacuitto, intend to partially offset Di Tanno’s loss of not only Serva but Ottavia Alfano, who left the firm with her team in November to join Molinari Agostinelli. It was a remarkably similar departure, in that both partners left Di Tanno to set up tax departments at growing mid-size Italian firms specializing in corporate and finance matters.

Since both recent partner departures are from the same firm, it may be too early to announce a wider trend – but evidently, firms that offer a wider range of services are proving appealing to some tax partners. Tax lawyers at full-service firms have been known to suggest that Italian tax boutiques often have a more traditional (that is to say, less modern) approach; perhaps it is for this reason that young, dynamic partners feel constrained by boutiques and wish to work with colleagues in a more inter-disciplinary fashion. The chance to set up new tax practices, as opposed to integrating themselves into firms’ existing ones, no doubt proves appealing to ambitious young partners.

Having said that, Di Tanno is not simply a pure tax boutique: in 2020 it welcomed a team from Studio Legale Carbonetti e Associati, led by investment funds expert Roberto Della Vecchia and supported by financial regulatory partner Emanuele Marrocco and five other lawyers. Evidently, tax boutiques as well as corporate finance boutiques are seeing the advantages of having more complementary disciplines in-house.

Tax boutiques are still routinely called upon by some of Italy’s biggest companies to advise on multibillion-euro transactions, not to mention their litigation skills often being put to use in court by major corporates. Traditional boutiques may not always have multi-disciplinary capabilities, but this doesn’t seem to deter huge companies from instructing them on major deals and cases.

In any case, the Italian tax law landscape is interestingly dynamic: boutiques, medium-sized national firms, full-service national firms, Magic Circle firms and the legal arms of the Big Four accountancy firms all want a piece of the pie. As 2022 shapes up to be a great year for dealmaking, it seems there’ll be plenty of work to go around.