Who is Marta Ortega, the new boss of Zara?

The non-executive chairperson of Inditex since the beginning of April, the youngest daughter of Zara founder Amancio Ortega has some big shoes to fill. Still, with allies in the boardroom and her finger on the pulse of the fashion industry, the succession of the Spanish fashion industry’s longtime lady-in-waiting has every chance of succeeding. 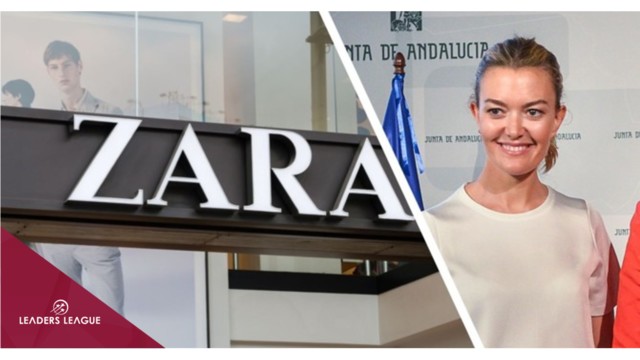 A coronation in A Coruña. A couple of weeks ago Marta Ortega took over the reins of Inditex, to become the most powerful businesswoman in Iberia. Baptized “Zarina” by the Spanish press, the 38-year-old’s appointment heralds an era of change at a group that, in addition to Zara, owns the Massimo Dutti, Oysho, Pull & Bear and Bershka brands.

High-profile heiress
While her father is known to shun the limelight, Marta Ortega has long been a fixture in the pages of women’s magazines, rubbing shoulders with high priestesses of fashion such as Anna Wintour and Diane von Furstenberg and reveling in her role as the photogenic ambassador of the world’s largest fast-fashion group, which is worth an estimated $47.3 billion according to Bloomberg.

Daddy and daughter Ortega may both have started out their careers in retail, but that is where the comparisons end as, while Amancio Ortega left school at 13 to become a Jack-of-all-trades in a local shirt company, his daughter from his second marriage received the finest education, first with the Jesuits in A Coruña, before attending private school in Switzerland, then studying commerce at the European Business School in London.

At 23 Marta Ortega entered the world of work without any fanfare, as a sales assistant at a branch of Bershka, where the only thing that hinted at her heritage was the Rolex on her wrist.

Keep it in the family
Although prior to last week Marta Ortega had no official executive function at Inditex, a group founded a decade after the first Zara store saw the light of day in 1975, she has played a prominent role in several sectors of activity and at a number of international branches, notably working with the new concepts division on the Zara Woman range of clothing and accessories and helping steer the brands overall strategy.

Marta Ortega was the driving force behind Zara's celebrity collaborations, such as with film star Charlotte Gainsbourg

Well-connected in entertainment circles, Marta Ortega was the driving force behind the brand’s celebrity collaborations, such as with film star Charlotte Gainsbourg.

And just like her father she is on her second marriage, to the model agency veteran Carlos Torretta, who works in the communications department of Zara.com. She can also count on the support of a pair of uncles, who are on the boards of Zara and Massimo Dutti respectively. The annual salary that comes with her elevated position is the tidy sum of one million euros.

Marta Ortega and her right-hand-man, the new CEO of Inditex, Oscar Garcia, will need to hit the ground running if they are to replicate the wildly successful Pablo Isla, who oversaw an eight-fold increase in Inditex's share price during his decade and a half with the group.

Retaining Zara’s dominant position in the fast-fashion industry will be a major challenge, given the arrival of serious contenders, such as China’s Shein, in recent years. Also in the mother-of-two’s in-tray: improving the ESG reputation of Zara and Inditex’ other brands in the face of heightened criticism of the fast-fashion business model.

News of Marta Ortega’s appointment was greeted by 6% drop in Inditex shares, a spasm of doubt in a market that is nevertheless receptive to the new ideas she has for the group. Inditex has cut from familiar cloth in appointing Marta Ortega chair, now she needs to show she can produce the finished product.