Pietro Galizzi (Plenitude): “We aim to promote a culture of energy efficiency”

Pietro Galizzi, Head of Legal, Regulatory and Compliance Affairs at Plenitude, Italy’s largest energy company, spoke to Leaders League about the group’s ethos and goals, the central importance of ESG criteria in companies and law firms, its international expansion plans, and his personal career path. 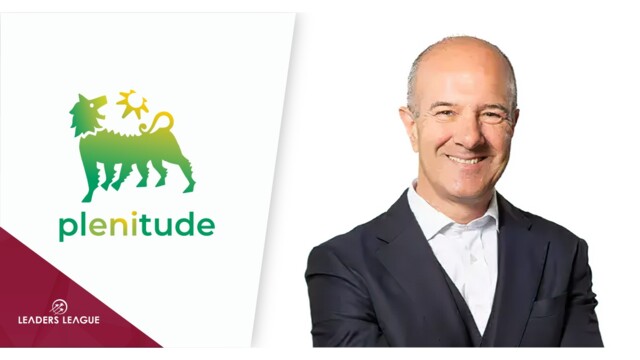 [Scroll down for the Italian version of this interview]

Leaders League: What were your beginnings in the legal world?
Pietro Galizzi: I started my career at Saipem S.p.A., which was a subsidiary of Eni. I was already working in the company when I qualified as a lawyer (the Italian “Avvocato”). I remember that, while waiting for the result of the state exam, I registered for the following year’s session. When the letter arrived from the Bologna Court of Appeal telling me that I had not been admitted to sit the exam again, since I had actually passed the first time, my mother assumed they had revoked my title: oh ye of little faith...!

At Saipem I held various roles in Italy and the UK, which led to me becoming general counsel in 2002. After 10 years I moved to Eni, initially dealing with retail abroad, and then took on the role of Head of Legal, Regulatory and Compliance Affairs at Eni gas e luce , which in March 2022 became Plenitude, a Benefit Corporation controlled by Eni that incorporates production from renewables, the sale of energy services and an extensive network of charging points for electric vehicles.

Eni gas e luce updated its Articles of Association as a Benefit Corporation on July 1st 2021. In March 2022 it officially changed its name, becoming Plenitude. How did this transition take place?
Over the past few years, we became aware of the need to undertake CSR-related initiatives, but we did not have a sustainability committee in place that would allow us to make a meaningful transition. A working group was therefore created spontaneously, and from the bottom up.

Our aim is to promote a culture of energy efficiency, together with energy efficient products and technology. We therefore suggested becoming a “Società Benefit” (the Italian version of the Benefit Corporation), so that we could introduce the concept of common benefit into the group’s corporate purpose. We also have a strong D&I focus when it comes to employees and promote the central importance of the customer in our activities.

Why did you choose the name Plenitude?
The day we became a Società Benefit, we focused on the production of energy from renewable sources and enshrined in our corporate purpose, next to the profit objective, the aim of having a positive impact on society, communities and individuals, and in particular on the environment, towards which we are making strong progress.

At the time it just felt like we needed a name that would reflect the breadth of our purpose and our international expansion: Plenitude is a term derived from the Latin word for completeness. It’s also easily pronounced in English and has Eni within the name too. Everyone was immediately on board with the new name.

What does your team do?
The legal team has five main areas of activity: legal assistance in Italy, legal assistance abroad, contractual and regulatory affairs, litigation and compliance. The regulatory part requires a lot of effort as ARERA (Energy, Networks and Environment Regulatory Authority) resolutions, of which are around 800 a year, must be taken into account.

The compliance part of our team is divided into data protection, privacy and anti-corruption. We also take care of the group's company secretariat: within Plenitude we currently have around 70 companies spread across Italy, France, Spain, Portugal, Greece, Slovenia, Kazakhstan, the United Kingdom, Norway, the United States and Australia.

Plenitude is a term derived from the Latin word for completeness. It’s also easily pronounced in English and has Eni within the name too

In addition, I have always believed in the importance of balanced gender representation. As recently as 18 months ago, the areas covered by our team had three male heads. I am very happy with the addition of two female staff members who hold the roles of Head of International Legal Assistance and Head of Corporate & Regulatory Affairs respectively.

About a year ago, you identified nine essential ESG-related steps required of law firms and legal advisors. How did the idea come about?
That open letter was a real novelty in the Italian legal world. Its core messages were: encouraging the contribution of minorities, ensuring a minimum 70%-30% gender ratio, guaranteeing equal pay and career development prospects for both sexes and with the same seniority. The other points were: the right to disconnect, a maximum limit of five meetings per day, the promotion of ethnic diversity, the limitation of litigation, the clarity and simplicity of contractual texts, and the respect and promotion of CSR criteria.

What kind of follow-up did you see to these proposals?
I have always been passionate about ESG issues. Up until two years ago, when solicited to indicate what they were doing in the field of CSR, lawyers would typically respond that their firm had a department to help clients manage these issues. Today they are more hands-on and are beginning to reflect on what they are doing within their own law firms, even for their own colleagues.

Among the questions I always ask is, what is the percentage and status of women and professionals under 45 in arbitration teams? When women are forced to choose between family or career, that, right there, is a gender issue. On a related note, I remember that, at one of the events where I was invited to speak, out of 16 speakers only one was a woman. Such a figure should, in itself, make us reflect on the absurdity of engaging in a debate that includes diversity and inclusion, when the vast majority of the guests are representative of the same single category.

The letter served to raise awareness that these issues not only affect clients, but also law firms, and following its publication, many managing partners were more forthright about what actions they are taking and, all in all, we noticed steps in the right direction.

What critical issues do you see emerging in your work at the moment?
It is important for the legal world to broaden its geographical horizons and understand that business must work equally well locally as abroad. Daily interaction with foreign organizations is a fact of life for everyone working in the legal world, not only for our office. I personally go to Dubai every year to give lectures on international contracting, which broadens my horizons. Every three weeks we have a staff meeting with the entire international legal team at Plenitude, which is a way of communicating and comparing notes on a regular basis.

In our business, you can never lose sight of the international dimension, which also includes external factors such as political problems or contingency situations. In addition, I am fascinated by the possibilities of technology in the legal world and plan to explore their potential. It is also important to investment in companies so they can apply these projects internally, and not just transpose the products of law firms.

As a manager, how do you try to develop young talent?
I think one of the greatest skills a general counsel can possess is the ability to raise up the people they work with. The key to our office, and to Plenitude as a whole, is enhancing the skills of the individual and giving them space to express themselves. The culture of accessibility for young professionals is even expressed through the architecture of the office: the rooms are divided by windows, not walls, and there are few physical barriers. This helps young staff members feel more comfortable approaching the CEO, we feel.

In addition, as a non-profit, Plenitude does a lot of training, both internally and externally. My colleagues and I hold regular meetings at universities, to try to give practical advice and encourage an exchange of ideas.

You also have a strong passion for music, which has led you to record an album of new songs, as well as play live with well-known names in the music industry. How did all that come about?
I have always played the piano and guitar. I took a break when my first son was born, but when he was eight, I started back up again. One day, I told Mario Fargetta, the famous DJ and record producer, whose son attended the same school as mine, about my passion. Hearing my music, he decided to produce my first record, and 'Dentro la sera' was released in 2017.

Since then, I have been asked several times to play live by various organizations, including the Rava Foundation, a non-profit which helps children in need around the world. I am very proud to be able to contribute during these charity events. On one of these evenings, in December 2018 at the Blue Note in Milan, I actually played with Lorenzo Licitra and Paola Turci. Paola decided at the last moment she wasn’t going to play the guitar that night, so we shared a very nice moment, with just her voice and the sound of my piano.