A Partner of Hoffmann Eitle shares his views on the evolution of oral proceedings before the EPO, challenges stirred up by the ratification of UPCA and the latest on patent attorney status in Belgium. 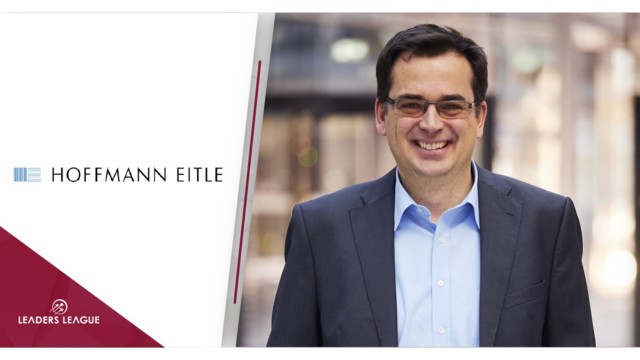 Leaders League: Can you tell us about the pending referral G1/21 before the EPO concerning the oral proceedings by videoconference?

Nicolas Douxchamps: Pending referral G 1/21 before the EPO Enlarged Board of Appeal concerning holding oral proceedings by videoconference is certainly of great significance.

While initially the parties’ consent was required to hold oral proceedings by videoconference, the EPO recently decided that it would no longer be seeking the parties’ consent, no matter the complexity of the case. This led to a backlash in the profession and an EPO’s Board of Appeal eventually referred the issue to the Enlarged Board of Appeal, with the crux of the issue being this: Does the EPO have the power to force parties to present their case during videoconference oral proceedings if they would prefer to present their case during in-person oral proceedings? Although oral proceedings by videoconference are certainly a practical and economical option in many cases, they differ significantly from in-person oral proceedings and cannot be imposed in all cases without proper legal justification. As far as I can see, such a legal basis is lacking in the EPC to date.

What is your view regarding the new challenges before the German Federal Court of Justice (FCC) concerning the German ratification of the Unified Patent Court Agreement (UPCA)?
After the FCC invalidated the German parliament’s first approval of Germany’s accession to the UPCA because it was not passed by a (constitutionally required) two-thirds majority of MPs, parliament approved the UPCA ratifi cation for a second time. Two new constitutional complaints were then immediately filed with the FCC, and this time the FCC will likely rule on the constitutionality, under German law, of the UPCA from a substantive point of view. If successful, this could block Germany’s accession even if the UPCA is, in the meantime, re-negotiated and re-ratified to take account of Brexit. However, it will be some time before the FCC rules on these complaints. They are not scheduled to be decided until after 2021, and this long wait will undoubtedly test the patience of the patent profession.