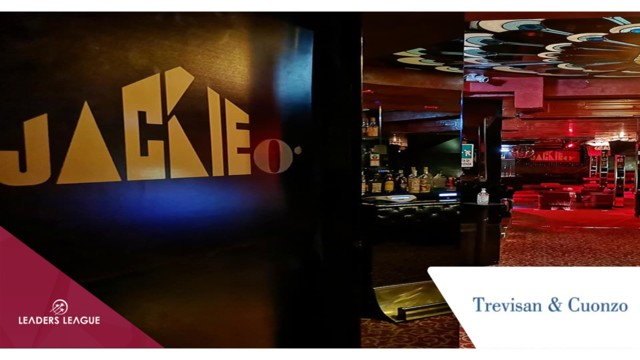 Famous Roman restaurant and nightclub the Jackie O’ has won a trademark battle at the EUIPO (EU Intellectual Property Office), securing the nullification of a trademark filed at the IPO by JackieO’ Mykonos, a Greece-based restaurant and beach club.

Although the original Jackie O’ has not registered its trademark, and is based only in Rome, the EUIPO decided in its favor on account of the singular and international reputation of the venue’s half-century-old brand. Given that the brand’s import is not purely local, its commercial viability internationally would be diluted by an unrelated brand, also located in an international tourist hotspot, using its name.

Opening its doors in 1972, the Jackie O’ was quick to establish a reputation in Rome and abroad, winning the custom of such luminaries as Marcello Mastroianni, Liza Minnelli and Alain Delon, and becoming a renowned hotspot in a city long known for its vibrancy and decadence; it was immortalized in song when legendary singer-songwriter Rino Gaetano name-dropped it in his 1980 song “Jet-Set”.

The Jackie O’ was represented by IP powerhouse Trevisan & Cuonzo, most notably partner Vittorio Cerulli Irelli, who heads the firm’s Rome office. “The name Jackie O’ is and has always been protected by Italian law as an unregistered trademark whose commercial use and reputation have always had a not only local significance,” Irelli was quoted as saying in Legal Community. “The Industrial Property Code states that earlier unregistered trademarks are in this case protected against subsequent trademarks. The European Office has recognized this notoriety and the protection provided by the Italian code.”