Agustin Acosta, VP of the Integrity and Anticorruption Committee of the International Chamber of Commerce of Ecuador and a partner at Dentons Paz Horowitz tells us about the latest legal developments in the fight against corruption, the new requirements for a compliance system and the perspectives for foreign investment. 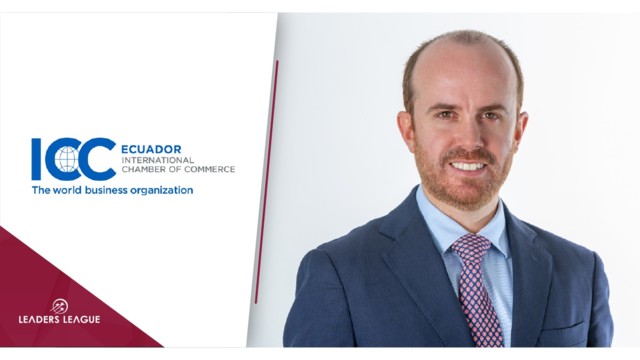 Leaders League: What are the main recent changes in the Ecuadorian legal framework concerning anti-corruption?

Agustin Acosta: There are three important changes. The first one introduced reforms to the Integral Criminal Code in relation to crimes related to acts of corruption. Although criminal liability of legal persons had already existed since 2014, it was now made explicit that a legal person could receive criminal sanctions for the acts of its administrators and collaborators, including the dissolution or liquidation of the company or a fine of up to $400,000.

In relation to compliance, an extenuating circumstances clause was introduced to reduce the severity of a penalty, such as if a company conducted an internal investigation prior to the investigation by the prosecutor's office, cooperated fully with an official investigation, compensated for damage caused or had a compliance system already in place. A parameter of minimum requirements for a compliance system was created as a factor to mitigate the sanction, as this was something that Ecuador did not previously have. This yardstick will be applied to all companies, regardless of industry.

The second change has to do with the recommendations issued by the Superintendence of Companies. These are standards of good corporate governance for companies to implement which seek to establish a system of control and business management based on principles, ethics and protecting the rights of workers.

Finally, the Superintendence for the Control of Market Power issued a competition compliance guide that seeks to ensure economic operators act with integrity when confronted with  anti-competitive activity. This will help reduce the crime of private corruption.

What are the new acceptable minimum requirements of a compliance system?

They include adopting prevention, detection and management measures, as well as control systems and having an expert in charge of these management systems. It is also requested that codes of ethics and reporting channels be established, because it is often the case that employees cannot talk directly to the top management of a company because of pre-existing barriers.

Have you observed companies already working to adopt these new requirements?

Yes, although voluntary, companies are already applying them, especially those that are listed with the state and participate in public procurement, so that, in case of liability, they can expect a lesser sanction. These preventive systems will benefit  locally based SMEs and small companies, a growing part of the economy in the country.

How does the compliance system work in Ecuador? Are there any mitigating factors that might diminish legal responsibility?

Compliance systems are voluntary. The money laundering regulation does require that certain companies must report every month, have a compliance officer, carry out due diligence, etc., but all others are voluntary.

The parameters have now been established by the Integral Penal Code, which is designed to play a preventative role, and can lead to exoneration or reduced sanctions, so companies are, naturally, behind that, and are keen to certify and train themselves to that end. This is what we are also promoting as a Chamber.

Has the legal responsibility of corporations been changing in the region, and in your country specifically?

It has changed a lot. In 2014 the concept was introduced and in 2018 it was clarified. Now companies are aware that implementating compliance management and anti-corruption systems can result in a reduced sanction and less liability, should they be found to have engaged in acts of corruption.

Ecuador is on par with international standards and has introduced interesting compliance systems, which are important for judges to have a guide when issuing a sentence.

Do you think there has been a change in mentality in the region as regards corruption?

Yes, cases such as the "Green Rice" proceeding involving former President Rafael Correa, have made us open our minds as citizens, businessmen and public officials, because these acts don’t just  damage the reputation of the people directly involved. The guilds and chambers are promoting many campaigns in this regard, such as the Honestidad criolla campaign, where we try to sanction this “viveza criolla” in order to promote a change of culture and prevent acts of corruption.

In general, do you think the outlook for investment is favorable?

Ecuador has several things in its favor, all of which contribute to attracting foreign investment. We still have a long way to go, but undoubtedly these new policies, the openness of the government and the evolving regulatory landscape in neighboring countries are helping attract investment in Ecuador.

Ecuador is the country that has made the most progress in terms of investments in the last quarter. I think this is the first time that we have been  number one in attracting investment and without a doubt the anti-corruption regulations are a big part of this, because even more than the tax factor, investors care about legal certainty, transparency and political stability and now we have a president who actively promotes these things.