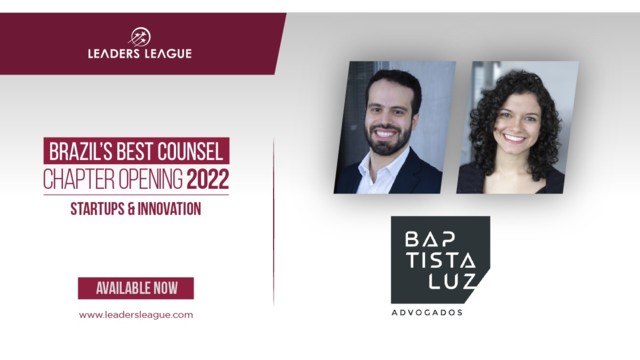 Behind the Curtains of the 2021 Funding Boom

Despite being a challenging year for many traditional companies, 2021 has been interesting for the startup ecosystem in Brazil. By September 2021, investors allocated more than $13 billion in the Latin American startup market. From such a sum, $9 billion, equivalent to 70% of this total amount, went directly to Brazilian startups and amounted to three times the investment made by venture capital funds during the same period in the past year. This evolution contrasts with a 27% decrease in private equity investments, towards more mature companies, within the same timeframe.

Indeed, the pandemic has driven the rise of investments towards expected platforms and sectors, like IT, online marketplaces and e-commerce, and healthcare. Still, we witnessed an increase in resource allocation to collateral activities. The fintech ecosystem, for example, has taken a massive leap throughout the last year and benefited from regulatory developments. Also, giant B2C companies have been consolidating their cross-sectoral efforts to enjoy the fintech revolution and offering various financial services to their clientele. Combined with infrastructure development, such as the implementation of PIX and open banking, all these services also impact B2B operations, whose financial transactions multiplied sixfold the amount of B2C transactions.

By September 2021, investors allocated more than $13 billion in the Latin American startup market

And while fintech and other sectors were the darlings of the late 2010s, the early 2020s are also seeing investments spread between different frontlines. It is no coincidence that amid the list of startups that became Brazilian unicorns in 2021, there is one real state startup (Quinto Andar), one edtech (Hotmart), one e-commerce focused on home products (MadeiraMadeira), and a biometry company (Unico). Many venture capitalists are now placing their bets on transportation and logistics, complex and regulated sectors that can boost intelligent cities solutions for both citizens and enterprises, which promise to be the next big thing as 5G approaches.

It is a funding boom. But there is a certain word that has been around the last months, which is intriguing the industry. Just like Lord Voldemort's nickname, people are keeping their voices low whenever talking about You-Know-What. A bubble.

Are startups overvalued? Are VCs paying higher prices because of FOMO (Fear of Missing Out)?

Fear of missing out on a great opportunity is an inherent aspect of any investment activity, and high risks can result in large rewards or significant losses. We do not mean to undervalue valuation professionals and their methods; still, as information is asymmetric in the startup sector, and usually there is not enough information to use traditional valuation methods of calculation, many aspects of decision-making for early-stage investment are also based on intuition or gut feeling. Therefore, the potential for FOMO is probably much more significant than in other forms of investing. FOMO is also on the rise as startups try to enjoy the funding boom and add as much 'hype' as possible to increase their market value and accelerate financing rounds. A hype cycle, indeed, which must be interpreted with unbiased, balanced decisions to get the best of the moment and avoid the common pitfalls of this scenario.

Many venture capitalists are now placing their bets on transportation and logistics, complex and regulated sectors that can boost intelligent cities

Another factor is that competition has intensified mainly in the VC arena. Leaders League's 2020 publication has mapped more than 30 national, cross-sector venture capital firms, with at least a dozen of them with more than 50 different startups in their portfolios and probably a couple with more than a hundred. This scenario is very different from just a couple of years ago when we had about a dozen active VC funds in Brazil. Taking together sectoral and regional funds, we are probably talking about almost a hundred players in the country in 2021.

Finally, the underappreciated Real is also an essential ingredient to this mix. As exchange rates favor foreign investments in Brazil, monetary policy has been helping the funding boom in the country, promoting the presence of dollar-backed funds in deals of Brazilian startups.

Human decision-making plays a fundamental role in every business sector. However, the race is ferocious, its speed is dazzling, and critical thinking is often second to the efficiency motto. And behind each figure, there are people. And they are exhausted.

Just ask anyone working in the VC industry about how they are feeling. I see a lot of professionals that are experiencing an unprecedented workload, burnout, and anxiety crisis. There is intense pressure not only to win the deal but to make it as fast as possible. And good decisions, which are the basis for the investment industry, rarely come up in environments like this.

The pandemic has driven the rise of investments towards expected platforms and sectors, like IT, online marketplaces, e-commerce and healthcare

As an example of this matter, as lawyers, we are seeing a lot of clients cutting corners in due diligence procedures. Nobody accepts a 'complete due diligence' anymore; the goal is to be quick and (again) efficient. "Let's focus only on the certificates," "legal opinions don't matter at this stage," "I just want to know the red flags" are some of the common phrases a startup and VC lawyer heard at least a dozen times in the past months. And let's be honest: how many disclaimers for rushed due diligences have you made in the past year? Clients are aiming to save both time and money in expeditious background checks, legal opinions, and more structured tax planning. But will they be saving time and money in the future?

Much of this moment has also brought good things from a legal perspective. Standardizing contractual terms between VC firms and startup founders is good news since much time, and money was lost in discussions about deal structure and boilerplate provisions. Many lawyers can now work at this pace only because we have an unprecedented maturity in the legalese arena, as convertible debts, SAFEs, and "flips" have become almost standard in this industry.

But there are reasons to be alert. It is hard to say whether we are living in a You-Know-What moment, hopefully not, but we have been urging our clients to take a position against this culture taking over the industry in the last year. Lawyers, let's remember, are also counselors, and we are paid not to give the advice our client wants but the one our client needs.

Pedro is a member of Baptista Luz Advogados since 2010 and is currently the general coordinating partner of the Technology Transactions, Media and Advertising and Data Protection teams, catering to large communication groups, technology companies, investment funds and telecommunications companies. He is a board member of IAB, where he coordinates a series of professional training courses for industry professionals and where he was chairman of the legal affairs committee.