A. Loesekrug-Pietri (JEDI): "When it comes to innovation, you need to think several moves ahead"

When compared with China and the United States, European leadership in cutting-edge technologies seems lackluster. But what if it's all a question of strategy? 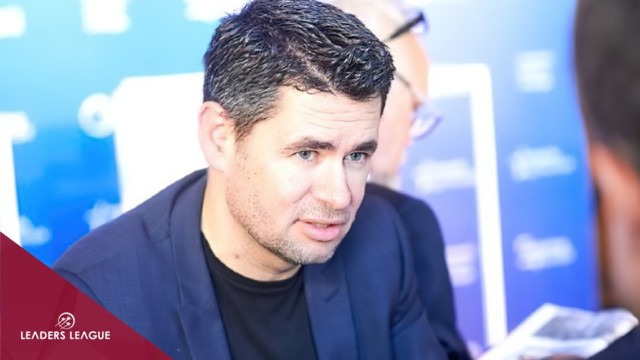 Leaders League: Transforming Europe into a leader in breakthrough innovation: hasn’t that ship sailed?
André Loesekrug-Pietri: The examples of Zoom and ClubHouse illustrate that no position is definitively acquired. You need to think several moves ahead. And this is excellent news for Europeans, provided that we abandon our linear approach and stop chasing the technology curve like others chase the stock market.  If we only fight today's battles, we will have to be content with keeping score between Beijing and Washington. On the other hand, if we really adopted a culture of anticipation, we could do well. We would then propose a positioning that combines technology and humanistic values, as opposed to China, for whom technology often serves a policy of control, or the United States, for whom business often justifies a kind of science without conscience. But in order to be agile and forward-looking in Europe, this requires a radical change in strategy!

Hence the idea of taking inspiration from DARPA?
The lack of financial resources is too often used as a pretext to explain Europe's lag in terms of breakthrough technologies. This is all too easy, especially when you consider that the European Union alone has invested €200 billion in research and development since 1984, compared with 50 billion euros for DARPA [US Department of Defense agency responsible for the research and development of new technologies for military use] over the past 60 years... Admittedly, DARPA is focused on breakthrough innovation, but this is becoming a central issue in a world that places a high premium on pioneers. The United States, but also China, have understood the importance of targeted investment by the public authorities, of the interweaving of basic research and applications, whereas Europe sometimes remains obsessed with the capital investment dimension. However, very often, when we anticipate the next move, there is still no economic model, and this is where public money should be concentrated rather than scattered all over the place.

"We are fully committed to an ethics by design approach, and  believe that it is essential for Europeans, and for democracies in general, to remain at the forefront of breakthrough innovation"

On the other hand, we must not fall into the opposite trap and lock ourselves into research oriented only towards scientific understanding. It seems to us just as essential to set clear objectives for success, to put the necessary resources into them and, in the event of an impasse, to know how to stop. One must focus on research that finds answers.

What answers did the JEDI challenge, launched in the middle of the pandemic, provide?
In just a few weeks, we managed to assemble an exceptional scientific council including the 2019 Nobel Prize in Medicine and to mobilize 130 participating teams from the world's best institutions. High performance computing professionals, artificial intelligence experts, molecular biologists and epidemiologists worked together. Today, after 10 million computing hours, 54 billion molecules have already been scanned on six Covid-19 proteins. The teams are studying those that seem the most promising in terms of impact on SARS-CoV-2. But this undertaking, which is the only one of its kind in the world, could also prove decisive in understanding the variants.

Who are the JEDI and what do they have in common?
The 4,400 JEDI can be divided into four categories: CEOs and CTOs of deeptech startups, CEOs and members of executive committees of large technology groups, a large number of directors of research centers or laboratories, and a final, more heterogeneous quarter, composed of science fiction authors, visionaries, prominent experts, etc. They all have solid technical or scientific skills in a particular field. Above all, they share a passion for the next move, a vision of what the future could be and a positive impatience that drives them to take action rather than to criticize.

What are they doing to protect themselves from the dark side of the technological force?
Unlike DARPA, we always start with a societal mission. How can we have a positive impact on climate change? How to massively improve the health of our fellow citizens? How can we improve, not replace, human capabilities through digital technology? How can we personalize learning methods in a context where education has never been so central to the future of our societies? These are all questions that DARPA does not necessarily ask itself... We are therefore fully committed to an ethics by design approach, and we believe that it is essential for Europeans, and for democracies in general, to remain at the forefront of breakthrough innovation. On the other hand, I believe that we must ensure that the precautionary principle is not transformed into an alibi for deep conservatism. JEDI advocates a principle of permanent experimentation, but accompanied by permanent evaluation. This is the only way to make risk-taking possible without letting the evil geniuses out of the bottle!