A new entry into the Top 100, David Vélez is the CEO and co-founder of Nubank, the largest independent digital bank in the world. 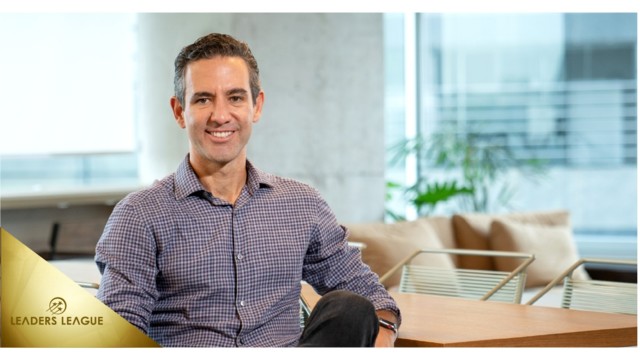 Great oaks come from little acorns. Born in Medellin, Colombia, David Vélez was just 12 when he made his first investment, buying a cow with his birthday money and funds from a summer job. His family had moved to Costa Rica three years earlier to escape the drug related violence synonymous with his home town.

After stints at Morgan Stanley, General Atlantic and Sequoia, Vélez hit upon the idea for Nubank, a fee-free digital bank account, after noticing that five Brazilian banks controlled 80% of the market and charged high fees for basic financial products.

Unsurprisingly, the traditional banks did all they could to stop him from getting a foothold, but with the country reeling from the Operation Car Wash corruption scandal, and the general public's faith in its institutions rocked as a result, his was an idea whose time had come.

Disrupter-in-chief
Taking advantage of the new technologies of broadband internet and smartphones, Vélez set about disrupting the banking sector. Today, the neobank he founded alongside Cristina Junqueira and Edward Wible, is valued at $30 billion and has 35 million customers in Brazil, Mexico and Colombia.

Just three years after being set up, Nubank reached the one million credit card customer mark

The São Paulo headquartered company is the largest fintech in Latin America. Why Brazil? Well, that is where Vélez landed a plum job after graduating with and MBA from Stanford.

Just three years after being set up, Nubank reached the one million credit card customer mark — mostly via word of mouth and referrals — and a year later Nubank received a Brazilian banking license which meant that it could now offer digital checking and savings accounts.

The end of 2021 should see the firm go public on the Nasdaq, with wildly fluctuating opening valuations of anything from $30 billion to $100 billion, a sign of the fintech’s potential to succeed beyond the continent of its birth in the coming years.

With a personal fortune of over $6 billion, Vélez has has signed the Giving Pledge, and promise to donate most of his vast fortune to help tackle social issues.