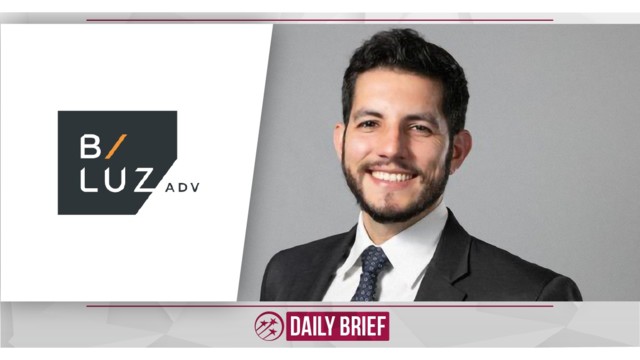 “With the arrival of Luiz Guilherme, our firm strengthens its presence in the media and advertising sectors, as part of our strategy to cover the entire sectoral ecosystem with experienced professionals, ready for a fast paced day-to-day and fluent in the industry's language and culture.”, stated Pedro Ramos, head of Baptista Luz’ Technology Transactions, Intellectual Property, Digital Media & Entertainment and Advertising departments.

Mr. Valente brings over 10 years of experience in intellectual property, contracts and M&A matters. He has previously worked for elite law firms such as Levy & Salomão Advogados and Gusmão & Labrunie Advogados, as well as Legal Marketing Counsel at consumer goods giant Unilever. Academically, Mr. Valente holds a Bachelor of Laws and a PhD in Business Law from Universidade de São Paulo (USP). He was also a visiting doctoral Researcher in Intellectual Property both at Sciences Po (France) and Queen Mary University of London (England).

In addition to his new professional challenge, Luiz Guilherme is also a visiting professor at Escola Paulista de Direito (EPD), where he lectures on Advertising Contracts, and at OAB/SP Law School, where he teaches the Copyrights and Social Media course.

“I am glad to take on the challenge of coordinating the media and advertising department of Baptista Luz. It is a pleasure to join such a renowned firm, alongside such distinguished professionals, to advise a range of clients in the most diverse industries. It is a great opportunity to contribute with the knowledge I bring from my experience in the legal departments of major companies, as well as the technical knowledge acquired throughout my academic career.”, stated Mr. Valente.