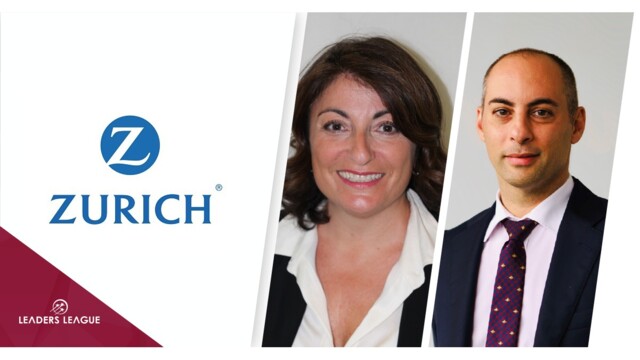 Diana, retrace the career path that led you to become general counsel of Zurich Italia?

Diana Allegretti: I started my career in large international firms, including Baker McKenzie in the Netherlands and later Linklaters, dealing mainly with private equity and capital markets. Then I decided to continue my career in-house first as head of corporate affairs and secretary of the board of directors of DeA Capital S.p.A. and later as general counsel of Zurich Italia. In my decision to move to the Zurich Group, the fact that they had projects of an international nature and were a very structured group proved decisive.

Would you recommend a mixed career to a young professional?

D.A.: In my case, the mixed career has undoubtedly been a facilitator for a successful path and has been extremely motivating. Equally important is international experience thanks to which one acquires a flexibility that allows one to manage relationships with very different interlocutors. This was fundamental for my transition to the role of General Counsel which, given the complexity of the issues to be handled, requires the fundamental ability to adapt to different situations and stakeholders. Moreover, it is a role whose managerial component is very important. Currently, my in-house team consists of 16 professionals, myself included.

Andrea Vitale: After a brief experience in law, I entered the insurance world in 2003, qualifying as a lawyer once I was in-house; I have now been with Zurich since 2010. In the course of my professional experience, I have moved from very technical roles, for example carrying out underwriting activities, to more wide-ranging operations such as extraordinary M&A. The company and the market have changed a lot over the years and being able to experience the different phases from different perspectives is very useful as well, in order to be able to provide the most business-oriented legal support possible.

Zurich Insurance has just announced the historic acquisition of Deutsche Bank Financial Advisors. How did the deal come about?

D.A.: Zurich and Deutsche Bank have had an ongoing partnership for several years for the distribution of insurance products through the banking network, mainly life products. The transfer of Deutsche Bank’s Financial Advisors business unit involved us in an all-encompassing and extremely challenging way. It was a very complex operation, although my team was strengthened with the addition of new lawyers, in particular, Francesco Alteri, a former BonelliErede lawyer and in-house lawyer, was instrumental in the success of the operation and has now taken on the role of head of legal and corporate affairs at Zurich Bank.

What precedent did the deal set for the insurance sector?

D.A.: As part of the Bank of Italy's authorization process, Zurich Bank obtained authorization from the ECB to carry out banking activities. This was a major coup for Zurich, of which we are proud. Zurich Bank, a wholly owned subsidiary of the Swiss parent company, is part of an innovative project that puts the customer at the center of a system of financial and insurance services designed to protect and increase wealth. Legal support and supervision will be indispensable and central to this.

You also recently announced the sale of part of your life portfolio to Gamalife. Can you tell us more about the operation?

A.V.: The transaction is in line with our strategy of rebalancing our life business and is consistent with the creation of our own banking channel. With the conclusion of the transaction, we have sold a significant part of our life portfolio composed mainly of traditional policies; this will allow Zurich to focus its offer even more on innovative solutions through unit-linked, hybrid and protection products, in line with the strategic vision adopted to date. The transaction, the first of its kind in Italy, was concluded in such a way as not to create discontinuity with both customers and distributors.

What were the biggest challenges of the pandemic and how did you respond?

A.V.: Specific guidelines were promptly created to manage the extraordinary, which turned out to be a success. Our office was confronted with new issues, such as management of claims arising from a pandemic event, focusing on the substantial protection of our clients and considering, especially for companies, the need for business continuity. We also adapted quickly to remote distribution, as many distribution channels (agencies, banks) were not objectively accessible to customers. We took the opportunity to accelerate the change already underway by dematerialising and simplifying customer experience processes.

D.A.: The biggest managerial challenge was certainly to keep team morale high, but we were fortunate to find ourselves extremely well prepared in terms of technology and work organisation. Zurich introduced smart-working in 2015, playing a role as a pioneer in our market by offering a hybrid way of working and thismade it possible to implement 100% smart-working when Covid struck. Once the most critical moment of the emergency was over, we maintained a mixed model, with working time split between smartworking (60%) and onsite presence (40%), calculated on an annual basis.

What is your approach to sustainability?

A.V.: Zurich has a consistent approach at the international level, but we have also undertaken activities at local level by making life insurance policies available to our customers the innovative Zurich World Carbon Neutral Equity Fund, the insurance industry's first carbon neutral unit-linked fund. In addition, we are working on various parametric hedging solutions, with the aim of also innovating insurance in areas such as renewable energy and agriculture.

D.A.: Regarding the energy crisis, as an executive team we are working on solutions that allow us to have as little impact as possible, trying to do our part. The company is in line with the goal of reducing emissions and the impact on the environment in general. For example, all executive cars are hybrids. Even in the selection of our suppliers, including external law firms, the verification of sustainability parameters is central.

How is work/life balance managed in the company?

A.V.: The work/life balance is a distinctive and indispensable element within the company. Zurich’s culture is undoubtedly inclusive and our team is one of the most proactive. Initiatives include not only a focus on inclusive language, but also providing paternity leave that is longer than the legal requirement, participation in gay pride events, team-building opportunities with activities to protect the environment and social initiatives for NEETs - young people who are not studying or working. We are also active in pro bono activities, putting our legal skills to work for those most in need of them.

D.A.: As a legal team, we also have a global strategy. Our mission can be summarized by the following words: enable, create, protect, together; our mandate is to enable Zurich to achieve its strategic and business objectives, to create pragmatic solutions together and to protect Zurich from legal and reputational risk. To do this, the legal function works together as a team and, as in all teams, it is essential to focus on the well-being of employees and colleagues.