Zhou Qunfei: from a Village Girl to the World’s Richest Female Self-starter

In March 2017 Zhou Qunfei took the crown as the richest (and youngest) female self-starter according to Forbes with a $7.4 billion personal fortune and the only person who didn’t inherit her money among the top 20 richest women. From a humble beginning as a factory worker to today’s prestige, the 47-year-old founder of Lens Technology has come a long way. 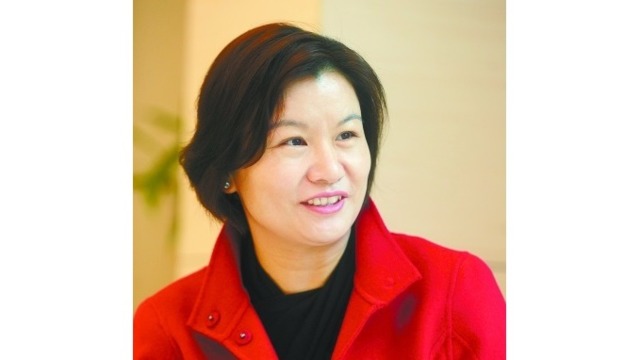 Born and raised in a poor rural Chinese village in Xiangxiang, Hunan, Zhou lost her mother at when she was five and was raised by a father who lost a finger and most of his sight in an industrial accident. At a very young age, she started raising pigs and ducks to bring in additional food and money for the family.

At age 16, owing to financial pressure, she dropped out of high school. In the village where she grew up, girls often did not have the option of continuing their schooling, and would get married and stay in the same place for their entire lives. Zhou refused to take that route.

While she dreamed of becoming a fashion designer, instead she ended up in a factory making lenses for watches. Conditions were harsh – she worked 16 to 18 hours a day, receiving only about $1 for her day's work. After clocking off, she attended evening classes at Shenzhen University in subjects like accounting, computer operations, customs processing and even found the time to earn her driver’s license. She would later look back on that period of life, commenting: “I had a different drive from others because they all came from downtown areas and had money but I didn’t have any. All I wanted was to change my destiny with my own efforts.”

Zhou’s vision and courage was already beginning to manifest itself. Three months later, Zhou realized that there was nothing new to be learned at the factory and working there was a waste of time, despite the fact that she needed the money. She wrote to her boss thanking him for the opportunity but saying it wasn't enough for her. Instead of letting her go, her boss promoted her to head of a production line. This brave move turned out to be step one on her long road to success.

In 1993, with only $3,000 which she saved from her time running a fashion shop, which she found time for while working at the factory, the 22-year-old Zhou started, with a few relatives, a workshop manufacturing watch lenses in their three-room apartment. She did it all: she repaired and designed factory machinery, and taught herself complex screen-printing processes and difficult techniques that allowed her to improve prints for curved glass.

Although the business was growing steadily, it wasn't until ten years later that it took off. This was the first of 11 business she started, most of which ultimately failed. She encountered every kind of difficulty imaginable including a lack of customers, materials and suppliers pressing for payment. “At first I didn’t have the capital or influence in the industry. So I bought a yellow pages and knocked on the door of each company located in every industrial park.” In order to run the factory, Zhou twice sold the house she was living in to pay employees’ salaries.

In the early 2000s, lady luck favored her and she was successful in gaining a lucrative contract from one of China’s biggest electronic goods manufacturers, TCL, to make glass screens for their mobile phones. Her expertise was in manufacturing glass lenses for watches, but one day she was invited to a dinner with executives from TCL, who wanted to know whether she’d be willing to retool her company to make screens for phones. She seized the opportunity.

This success inspired Zhou Qunfei and she immediately sensed the potential of the mobile phone market. She decided to focus on the production of mobile phone screens and Lens Technology was established in 2003. The company’s big break came when Motorola invited Zhou to help develop a scratch-proof glass lens for its new Razr V3 phone. “I got this call, and they said, ‘Just answer yes or no, and if the answer’s yes, we’ll help you set up the process,’” the Times quoted her as saying. “I said yes.” The problem facing Zhou was that the printing ink on the glass panels of Motorola’s V3 phone easily came off. Zhou Qunfei solved the problem by combining glass coating film and printing technologies, which satisfied Motorola. Orders then followed from HTC, Nokia, Samsung, Sharp and Sony, and finally in 2007, from Apple for the introduction of the first iPhone supporting multi-point touch screen.

After that, Zhou invested heavily in new facilities and hired skilled technicians. Everyone who is familiar with Zhou knows that she is obsessed with R&D and sometimes even at the expense of the company’s profits. Like Steve Jobs, she is very detail-oriented, hands-on and is a perfectionist. It is reported that she regularly works 18 hour days and keeps a living quarters in her office. She is also known for walking the factory floor and paying close attention to each step in the manufacturing process.

Today, as a major supplier of tactile screens for electronics giants such as Apple, Samsung and Huawei, Lens Technology has 32 factories and employs over 90,000 staff. Zhou first became a billionaire after her company went public on the Shenzhen Stock Exchange in 2015. Today, she still runs the company as CEO and owns more than 80% of its stock.

Despite her great fortune and success, she is described as exuding both “charm and humility,” remaining silent during meetings, but commanding attention when she does speak up, even admonishing a subordinate for failing to sit up straight during one meeting.

“I'm not qualified to be a high-profile person,” she said during one interview. "I think it’s important not to get carried away when you are successful – and not to let yourself feel gloomy when times are bad." A valuable lesson she learned from her father, according to her.

While Japan had its first self-made female billionaire this year, in the US and Europe, most women billionaires secured their wealth through inheritance, the story of Zhou Qunfei’s rise is the real Chinese version of creating wealth from zero and represents the new class of female entrepreneurs in China.