Work with no set hours. Is it really possible?

Beyond the question of working more or less, more than anything modern workers are looking to work smarter, in order to showcase their savoir-faire and maximize their career potential. 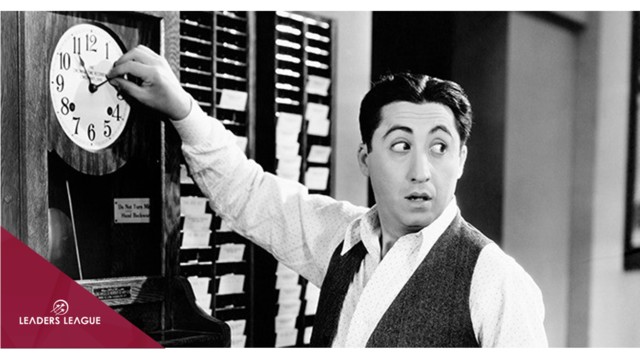 Despite rumors to the contrary there are still those who live a 9 to 5 existence. But increasingly, other tribes of workers are emerging, those who aim to retire at 40, slashers who split their working week between several jobs, others who prefer to go from one temporary job to another, rather than take a full-time job.

One thing is certain, people are questioning the validity of the traditional time spent at work and, far from being insignificant, this trend represents a chipping away at the notion of set working hours, which increasing looks like it belongs in the last century.

In truth, the debate over the validity of set working hours has been going on for many years. The 35-hour week is less and less sacrosanct. The emergence of freelancing as a viable career option has made flexibility rather than stability, the order of the day, the emergence of daily rates, as an alternative to hourly ones, considerably undermined the concept of a fixed unit of working time.

More and more people want to be self-employed, and according to an Ifop study carried out on behalf of Freelance.com in December 2021, 41% of full-time workers dream of quitting their job and 30% say they are open to becoming independent workers in the future. Another eye-catching finding from the study revealed that one-in-two workers said juggling salaried employment with freelance work was a good compromise.

Consultant one day, Tai chi instructor the next
Though it might seem to be synonymous with the 21st century gig economy, slashing has actually been a phenomenon in the world of work since the 1970s. Slash = / (as in the phrase, “I’m a teacher/journalist/surf instructor”), or if you prefer, one person, multiple careers.

According to France’s National Institute of Statistics and Economic Studies, there were 2.3 million slashers in the country in 2018. And that was before the pandemic and the mass-remote-work experiment of spring 2020 convinced others to take the plunge. Consultant on Monday and Wednesday, tai chi instructor on Tuesday and Thursday: this is a design for working life that suits an increasing number of people.

Previously considered jacks of all trades and masters of none, slashers are now viewed in a more favorable light by bosses, who see their flexibility and ability to adapt as an asset. Slashing also allows the worker to mitigate the effects of being laid off, since not all their income eggs are in the one basket.

The emergence of daily rates, as an alternative to hourly ones, has considerably undermined the concept of a fixed unit of working time

Slashing provides more freedom than the traditional steady job too. “For the slasher, the stability afforded by having a full-time job is not a motivating factor, so companies must adapt if they are to benefit from the skills of these dynamic individuals, or to come at the issue from another angle, give their staff the freedom to have other professional projects and enrich themselves professionally outside of the company,” stated ESSEC business school professor Jean-Marie Peretti in a recent interview with this publication.

Independence days
The ongoing hybrid revolution in our working lives appears not just to be encouraging different types of professional activity, but is affecting the workforce as a whole. This poses a serious challenge to traditional forms of management, with the pandemic forcing companies to rethink the role of the traditional manager. Those in charge of teams of workers must now account for any given worker not being in the building on any given day.

“Assigning someone with tasks to accomplish and regularly checking up on their progress seems foolish in the modern world. I don’t calculate my time in terms of hours, but rather days or weeks even. A project often comes together outside of normal working hours. In addition, when I come into the office, it’s not only to work, but to catch up with colleagues,” remarks Maylis, who works in the French civil service.

The breaking down of the barrier between professional and private lives brought about by the pandemic has compelled management to reassess the way they evaluate the performance of staff members as well.

Outside of the need to be more flexible, another issue has come to the fore: how to make the best use of our time at work? The emergence of the service economy has also been accelerated by the pandemic. The proof is that serious consideration is being given to the establishment of a four-day week in some countries.

According to an April 4th article in The Guardian, more than 3,000 workers in 60 different companies have already made the switch to a four-day week in the United Kingdom. Economically speaking, the four-day week makes a lot of sense as it allows for more people to be hired, and a better, more attractive brand for the employer to promote.

From a human resources point of view, there is ongoing debate surrounding the disadvantages, as well as the advantages, of a four-day week. Might it not lead to a more frantic, stressful way of working as staff try to cram five days’ worth of work into four, leaving little time for cultivating relationships with colleagues in the process? Saving time, then, seems not just to be a question of hours, but also the way in which those ours are used.

The world of work seems to be reinventing itself, and in the process moving away from the holy trinity of rules on a set time, role and location. Behind the question of a better use of time, there is perhaps a more profound reflection needed on whether we can continue to invent new professions based on just one area of ability. Time will tell.