Law firm Winston & Strawn has expanded its services and opened an office in Miami with 12 partners. 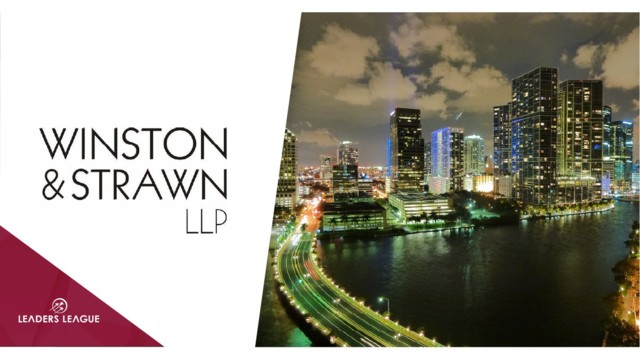 The firm’s new team will focus on serving some of the region’s strongest and fastest-growing areas of law, including complex commercial litigation, mergers and acquisitions, financial services, digital assets and blockchain, real estate, energy and infrastructure, and restructuring.

The firm also expects to add additional team members in the coming months.

Winston made the decision to expand to Miami given the city’s position as a dynamic financial hub, an epicenter of business activity spanning numerous industries, and a critical nexus point for banking and international trade with Europe, Asia, and Latin America.

The office is led by Enrique J. Martin, who joined Winston from Jones Day and brings nearly 30 years of experience to his role, having represented clients in the US, Europe and Latin America on domestic and cross-border mergers and acquisitions, private equity, joint ventures, restructuring, securities, and capital-raising transactions.

Winston & Strawn has offices in 10 cities across the US, as well as in London, Paris, Brussels, Hong Kong, Shanghai, and São Paulo.