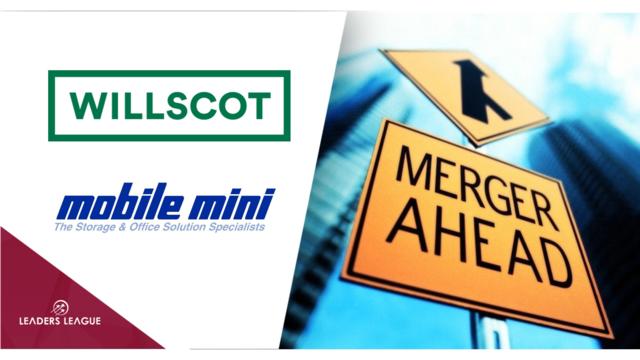 In one of the year’s largest logistics mergers so far, storage rental group WillScot is combining with Mobile Mini to create a $6.6 billion portable storage company.

The companies had a combined revenue of $1.7 billion last year, with WillScot pulling in $1 billion of that sum. The merger of equals will leave WillScot and Mobile Mini shareholders with 54% and 46% of the shares in the new company respectively.

Mobile Mini itself merged with Mobile Storage Group in 2008 in a $702 million deal. Meanwhile, in 2016, Modular Space and WillScot combined their North American modular space operations; the value of the combined entity was not disclosed.