With William Xu, partner at Triniti Capital, a Chinese fund investing in TMT and medical appliances, we have had a closer look at the Chinese private equity market, its issues and specificities. 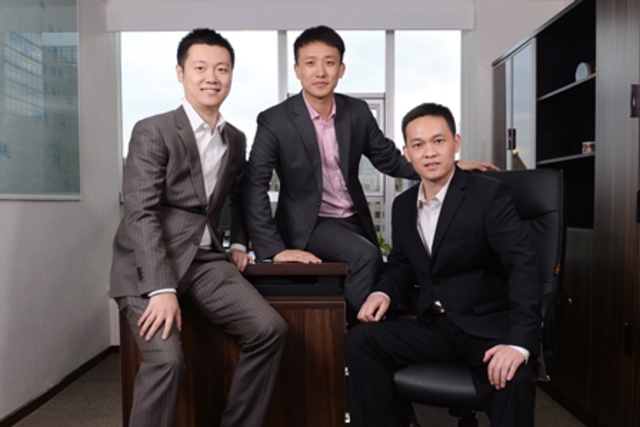 Our fund invests in TMT (over 70% of the deals) and medical appliances (less than 30%). We pay close attention to fields such as Internet finance, mobile Internet, O2O, intelligent hardware and SAAS.

Leaders League. What factors determine whether Triniti Capital invests in a company or not?

W. X. We evaluate an opportunity primarily based on the team, the market and the market competition. The team shall be strong since entrepreneurs of a company are of extreme importance to the success of their companies. A good team is even more important than a good business model.

There shall also be a substantial market. According to the latest revealed economic developing plan, China will conduct the “Internet Plus” action plan to integrate mobile Internet, cloud computing big data, and the Internet of things with modern manufacturing. Triniti Capital hopes to collaborate with elite teams and companies in the above-mentioned respects.

Before entering the market, a start-up should figure out whether there is monopolization since it is extremely difficult to build a company that can attain an equal footing with giants like Baidu, Taobao or Tencent.

Leaders League. What is your vision of the Chinese private equity market?

W. X. In 2005, there were only 500 active private equity funds, while in 2014, the number has jumped to 8,000. Volatile capital in the private equity market exceeds RMB 4 trillion and is still increasing rapidly. Based on the number of investing programs, Internet industry topped with 959 in 2014, second was is Telecom at 617. According to amounts of real estate remains at the top with $97 billion, next place is the energy and mining industry with $79.16 billion, and the Internet industry ranks third with $79.02 billion.

In 2014, the amount of venture capital investment in China’s market reached $15.5 billion, twice as much as $7 billion in 2011. In the e-commerce field, 40 out of 283 overall investments were over one hundred million RMB.

Leaders League. What do foreign investors need to know before investing in China?

W. X. Personally, I have two suggestions for foreign investors. First, to develop a comprehensive understanding of China’s market. Compared to other markets, China’s market is significantly different in culture, rural-urban distribution and demographic composition. Collaborating with local teams is pivotal. Second, work with the Chinese government.

Leaders League. What is the biggest challenge for Triniti Capital, and what were your biggest achievements?

W. X. The biggest challenge for Triniti Capital is to find the best teams and companies in the rapidly-changing Chinese market.

I would like to share our experience. When we first set up Triniti Capital, we met an entrepreneur named Shi Qingdong, who used to work at Alibaba and runs a Chinese version of Sysco, which supplies raw foods materials to local restaurants. The company is called Youpeiliangpin.com. After conducting thorough due diligence on all business aspects of the company as well as in-depth interviews with company founders, its suppliers and buyers, we were decisively quick in investing in the company.

Now, Youpeiliangpin’s customer daily delivery number soared from 20 to 1,500 in only 6 weeks - when it took at least a half year for its competitors, and its daily GMV already reached RMB 500,000, with customer satisfaction of over 90%. Now, the company is preparing for its Series-A financing with an estimated valuation 5 times more than the angel round.