What would a Biden presidency mean for the US and the world?

As Biden inches ever closer to the presidency, we look at what his victory might entail for the US and for international relations. 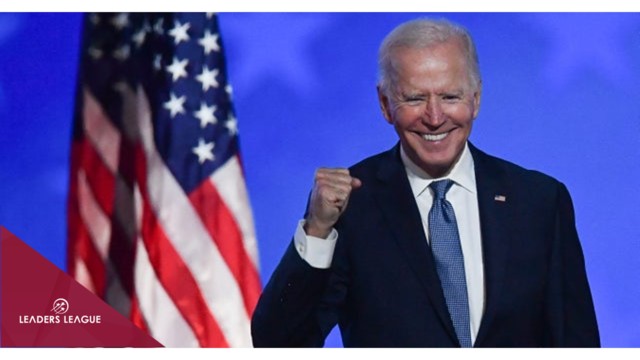 As I write this, there’s still all to play for in the 2020 US presidential election. It’s been three days since the final vote was cast, and local authorities have said all legitimate votes will be counted; incumbent president Donald Trump’s seditious bloviation about “illegal” votes being counted do not have the support of most Republican Congressmen, let alone state officials. As it stands, Trump has launched lawsuits contesting vote counts in Georgia, Michigan, Nevada, Pennsylvania and Wisconsin; the first two suits were thrown out, and the Pennsylvania one managed merely to allow Trump campaign officials within six feet of ballot counters.

Given that Trump’s campaign has failed to provide evidence of corruption in voting, it is unlikely that a legal challenge to Biden’s potential victory would stand up in court, even a Supreme Court tilted 6-3 in favour of conservatives. This election is not a simple replay of Bush v Gore, even if the sui generis changes in voting procedures precipitated by the coronavirus create more legal uncertainty than there would otherwise have been.

If we were to agree with the widely held viewpoint that Trump’s latest tactics are the final flailings of a desperate loser, it raises the question: what would a Biden presidency look like?

The view from the US

It’s worth remembering that despite all the accusations of communism, Biden’s campaign ticket is ambitious and progressive but not particularly radical. Let’s take his policies on the most important long-term issue of the day, the environment. Biden has drawn up a green economy package that would cost $2 trillion over four years, less than the US spent on its fiscal stimulus this year alone, but has stated point-blank that he does not support the ambitious Green New Deal (GND) legislation proposal, which some experts have given a price tag of over $10 trillion. The GND proposes improvements that are not especially relevant to environmental amelioration, such as “providing all people of the United States with high-quality healthcare” – something that doesn’t make Biden’s plan.

Nonetheless, in a concession to young, eco-conscious voters, his campaign website does concede that the GND is a “crucial framework” – and his plan adumbrates goals for investment in major infrastructure, environmental justice, sustainable housing, and a “just transition” for affected workers.

As for the economy more widely, in some ways Biden has taken a Trumpian approach to labelling policies – his “Buy American” policy, for instance, which involves spending $400 billion on buying American goods and services and $300 billion on research and development, half of which would be on clean energy. Biden’s “Clean Energy Revolution” policy alone aims to create 10 million jobs.

6.7 million jobs were created in the first three years of the Trump administration – fewer than in the last three years of Obama’s. Biden will face an uphill struggle to boost employment at first because of the coronavirus, and a Republican-dominated Senate would make passing far-reaching financial stimuli difficult. Moreover, Biden’s own plan to double the federal minimum wage to $15/hour will likely have a dampening effect on job creation initially. But those living on minimum wage will no longer be living in such dire poverty, and their increased spending power will itself create jobs.

As for taxes, Biden plans to increase corporation tax from 21% to 28%, a halfway house between the tax rates of the Trump and Obama presidencies. He also plans to repeal Trump’s income tax cuts for the top earners, so those earning more than $510,300 will go back to paying 39.6% rather than 37%. The re-imposed rate will also apply to those with capital gains and dividend income above $1 million. Additionally, Biden aims to introduce a 12.4% social security tax for those earning more than $400,000.

The view from abroad

In foreign policy, Biden’s programme will have absorbed some of Trump’s more popular manifesto leanings, such as avoiding an interventionist approach. If any conflicts do arise that threaten stability in other regions, Biden may end up being even more cautious than his former boss, commander-in-chief Obama, who himself was noted for his relative circumspection.

Ironically for someone who prides himself on his skill as a negotiator, Trump did away with Obama’s US-led Iran nuclear deal in 2018 and failed to replace it with anything, to the potential detriment of everyone except the Iranian state, which has been enriching its uranium ever since – significantly improving the country’s readiness to deploy a nuclear weapon. Biden will doubtless take a more constructive approach – not least with Iran, where he has pledged to resurrect the Obama-led deal “as a starting point for follow-on negotiations”.

But we can also expect Biden to do his best to restore faith in the US’s fidelity more widely. Two days ago, he Tweeted: “Today, the Trump Administration officially left the Paris Climate Agreement. And in exactly 77 days, a Biden Administration will rejoin it.” Environmental progress is reasonably high on Biden’s priority list, and though he may not be in favor of the proposed GND in full, he can certainly be expected to cooperate with other countries on an international environmental order.

In terms of trade, too, Biden will aim to ease some of the pain and mistrust brought on by Trump’s tariff war – renegotiating the Trans-Pacific Partnership in good faith, for example. Biden will also almost certainly de-escalate trade tensions with the EU, which have arisen after both US and EU have accused each other of giving billions of dollars in state aid to Airbus and Boeing respectively. But he is unlikely to adopt a much more emollient stance on China: Trump’s anti-China policies and general Sinophobia proved popular domestically, and Biden has spent most of his campaign avoiding the issue – suggesting he may not deviate too far from Trump’s China policy.

Ultimately, nothing Biden does can erase the damage Trump has done to the US’s standing as a predictable leader in world politics. Trump’s approach to international institutions violated rules everyone knew could be shattered but no one expected would be. Biden cannot simply turn back the clock: the world has seen that not only has he won by a narrow margin, his Democratic successor will have to be extremely popular to stave off a Republican that may harbor as little respect for international rules as Trump.

Such fragility in international relations has already led to the realization by Europe and Asia that the US, given its sociopolitical volatility, is not a reliable partner. For one thing, Biden aims to put the US on track to achieve net-zero emissions by 2050, 20 years later than the deadline imposed by the Paris Agreement. If he is replaced by a Republican in four or even eight years, even the commuted 2050 goal becomes less likely to be met. Europe has instead tried to lead by example, with hundreds of billions of euros in investment in sustainable assets and a “taxonomy” of sustainable finance that could be imitated around the world.

The legacy of Trump’s trade war, too, will have left international scars. While competitive advantage between countries will remain largely intact, many major countries – most prominently China, but also other Asian nations that themselves rely heavily on China – have realized the importance of cultivating some self-reliance or regional reliance in strategic areas to hedge against tariff shocks and political oscillations halfway across the world. In the medium term and perhaps long term, this will entail reduced reliance on the US in certain supply chains. This tendency will only be entrenched by the coronavirus.

It is not impossible for a country to recover from international ignominy; Germany since 1945 is a paradigmatic example. But Germany had to undergo a cataclysmic shift – nothing short of total war and total defeat. Biden’s victory will not heal America’s great divide; it is a mere sticking plaster. Over 70 million Americans voted for Donald Trump. Those Americans will not go away any time soon. Unless the US undergoes a truly revolutionary transformation, those 70 million will play a part in shaping America’s standing in the world for many, many years to come.