Warren Hua (JunHe): "China is too big of a market for any international company to ignore"

The career path of Warren Hua is typical of the new generation of elite Chinese lawyers: after accumulating experience with local law firms, he moved on to international firms and eventually co-headed the Beijing office of Gide Loyrette Nouel, before joining a leading Chinese law firm, JunHe. In this exclusive interview we talked about the recent reforms at the firm, the macro trends that potentially impact his clients, as well as the advice he’d like to give to young professionals. 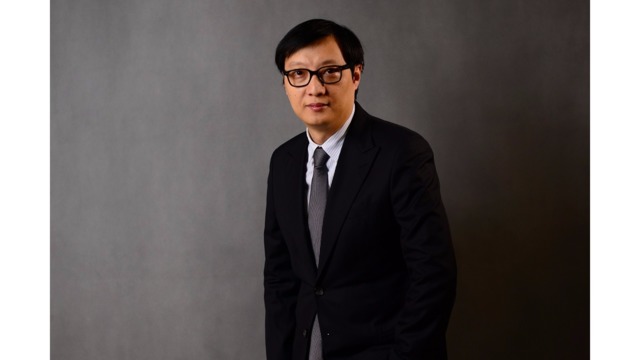 Leaders League. How is the remuneration reform at JunHe going?

Warren Hua. Two years after we started the reform, now we can say it is quite successful. The financial figures showed a two-digit percent increase in the total revenue generated by the experimental pool, which involved about 70% of the partners at the beginning and now passed to about 80%, proving that the partners participating in the experiment are more productive. This is mainly because they are more willing to cooperate with each other. Unlike the old performance-based system, partners no longer need to discuss how to share the profits between them, because each partner will be given a so-called fundamental point based on their past performance, which guarantees the basic part of their remuneration, and then a portion of points corresponding to their performance in the concerned year. So basically each partner will be incentivized to work harder because a large portion of the revenue is allocated among the partners according to their performance in the year. Under the new system, the evaluation takes into consideration a large number of different factors, and partners will be more precisely rewarded for their contribution to the entire partnership rather than their personal performance.

Encouraged by this success, are you going to introduce this system to the entire firm in the near future?

The situation isn’t simple. As one of the oldest Chinese law firms, JunHe is facing an increasing gap of partners. We have some elderly partners who are in the process of retirement or will soon retire, some mid-level partners who have had a quite successful performance but are not yet strong enough in decision making, as well as the upcoming generation of young partners looking for opportunities to further develop. So we need a system that can strike a balance between the demands and expectations of different classes of partners, without unduly damaging or sacrificing the interest of any single class of partners. In that respect, our reform will be more difficult than some younger Chinese firms where partners have smaller age gap and similar ambitions and energy. We won’t force people who are concerned about the new system to join it, although we may eventually organize a vote to apply the uniform system in the entire firm.

How does JunHe learn from international firms on management?

At the very beginning, we did reach out to a number of relationship international law firms and try to learn from them the pros and cons of their respective remuneration systems, but then we realized that each firm has its unique situation and that you have to tailor-make your system and strategy. Further, you have to note that the development of Chinese market is very different from the western world. The Chinese economy boomed in recent decades and so did the Chinese legal industry, so you won't find another legal industry in another country that has had the same experience as ours. I don't think a system widely used by western firms can be copied and pasted to Chinese firms.

How does the current unstable global political environment affect your work?

I think what happens in the political world wouldn’t change the fundamental aspects of the legal industry: we continue to serve our clients, and the transactions go on, although the volume between countries might be affected by the tension between governments. Rather, the economy-related policies made by the Chinese government may have more direct impact on our business. For example, late 2016, the tightened control of foreign exchange and RMB outflow by the Chinese government led quite a number of outbound projects to come to standstill, and transactions have been either cancelled or postponed. This also affects the interests of international clients, who were intending to withdraw their investment from China or cash out their investment or repatriate part of the profits of their investment in China.

What is your analysis of the perspective then?

There are a number of technical solutions through different ways of financing inbound or outbound China. In terms of the latest change in foreign exchange control policies, these are merely measures that serve a temporary purpose, as the Chinese government is dedicated to safeguarding the stability of the economy.  Considering the importance of the foreign reserve balancing in the development of the Chinese economy, they cannot allow the situation of continuous money leaking to destroy the entire Chinese economy.

That said, the measures taken are a bit drastic, and the cost could be very high. The Chinese government is determined to make the RMB a more internationally accepted currency, but with these measures, the confidence of the international world on the free convertibility of the RMB could be damaged, which will have an adverse effect on the RMB. In terms of foreign currency outbound flow, it also scared off some new-comer international clients who don’t want to have a situation where they cannot transfer money outside of China when they need to.

How do you advise international businesses to cope with the perceived unpredictable Chinese policy?

You simply need to make international clients understand that the Chinese government is very pragmatic: unlike the western world where parliaments are responsible for drafting refined laws, a large trunk of Chinese legislations which regulate the daily business activities are still formulated by the government who sometimes can be the player and referee at the same time, so they set down the rules by themselves and then enforce those rules.

China is a market too big for any international company to leave aside. Once foreign investors understand that they need to strike a balance between opportunities and risks, the decision making is not that difficult.

“The general regulatory environment for FDI in China is getting better”

In your practice area, what have been the important legal developments in China over the last 18 months?

In terms of cross-border transactions, FDI and outbound investments, most recently MOFCOM put a new set of regulations out for public consultation, relating to the filing system for foreign acquisition of PRC companies. This follows the case of the more flexible and predictable situation of general FDI since June 2016, when MOFCOM put forward a set of regulations to change the FDI system from an approval system to a filing-for-records system, which means no lengthy approval procedure by the authorities anymore. This is a really good sign, indicating that the government is becoming increasingly open-minded, trying to make the environment friendlier to foreign investors.

Moreover, the Chinese government set up a Free Trade Zone in Shanghai in 2013, and three more in Guangdong, Tianjin and Fujian in 2015, and seven new zones in August 2016 in seven other provinces, offering more opportunities and wider business areas open to foreign investors. In addition, some of the treatments of foreign investors and policies are first tested in these zones and then extended to the rest of the country.

In general the regulatory environment for FDI is getting better, although because of market evolution some temporary measures may cause difficulty for investors, for example the foreign exchange policy last year.

What kinds of talent is demanded by today’s modern Chinese firms?

At JunHe we have established a very good training system. Apart from on-case practical training, we have one training course almost every 2 days covering various aspects of legal knowledge and professional skills. In this sense, we are an incubator incubating talents by ourselves. If the question is referred to the external recruitment of experienced practicing lawyers by modern Chinese firms, then experience at international firms usually means good training and more opportunities to work in multi-linguistic and multi-cultural environments, so this is welcomed by Chinese law firms. But on top of that, the biggest challenge for Chinese firms is to improve the management of the firm and reinforce their competitivity. Lawyers who have been involved in the management of international firms can certainly bring some valuable management experience and knowledge to help the Chinese firms to develop.

What advice can you give to young legal professionals?

The most important thing is to work on your basic skills: legal knowledge in the concerned jurisdiction, communication capacity, language capacity, as well as drafting and negotiation skills. Personally I don’t think they have any connection with the number of degrees or qualifications you get. It’s not enough to have qualifications; rather you must know how to transform your personal skills to service to client.