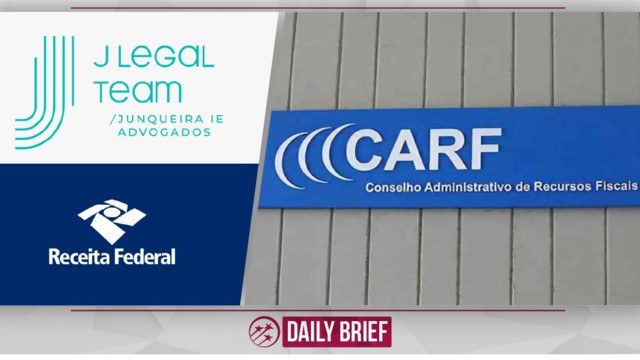 Recent changes to the rules regarding casting votes on administrative tax discussions in Brazil have paved way for many case law reversals to the benefit of taxpayers. In the article below, Junqueira Ie Advogados shares welcomed news on one such reversal regarding voluntary disclosure of tax debts.

"Voluntary disclosure, which occurs when a taxpayer self-declares tax in arrears, has a very troubled history in the eyes of the Brazilian Federal Tax Authority (RFB). Over the years, tough battles have been fought at the administrative level to ensure recognition of the full effects of this institute. Issues such as the exclusion of all fines when spontaneous reporting, especially in what concerns delinquency fees, led taxpayers to lengthy administrative discussions before the consolidation of favorable case law.

Among these issues, one that faces a recurring administrative dispute between RFB and taxpayers, is the validity of a voluntary disclosure when the applicable tax credit (i.e., the tax paid in arrears) is extinguished through compensation[1] instead of cash payment.

The Brazilian Federal Tax Code[2] (CTN) states that one of the validity requirements of a voluntary disclosure is in fact the full payment of the tax due and the corresponding interest. However, much is discussed about the interpretation that should be given to the expression payment. RFB’s interpretation that payment could only consist of a settlement in cash itself is quite controversial.

Taxpayers understand that the law can be interpreted as meaning that payment includes any of the tax credit extinction methods listed in the CTN[3], including compensation.

For a long time, administrative case law had been essentially unfavorable to the taxpayer. In 2019, for example, the RFB issued a Tax Inquiry Solution[4] supporting the need to keep the Tax Authority’s restrictive interpretation of the term payment.

As recently as December 2020, the Higher Administrative Tax Court (CSRF) reiterated its pro-tax interpretation in a judgment defined by a casting vote of the Tax Authority’s representative[5]. On this occasion, the understanding prevailed that “Payment and compensation are different methods of extinguishing the tax credit. The delinquency fees are not excluded if the extinction of the voluntarily disclosed tax credit is effected by means of compensation”[6] (freely translated).

However, that old interpretation has been reversed by virtue of Law No. 13,988/2020, which made the casting vote always be resolved in favor of the taxpayer.

Thus, in view of this revision, in a judgment held by the CSRF at the end of January 2021[7], taxpayers had the advantage and were able to claim a favorable decision. On that occasion the validity of a specific voluntary disclosure was recognized even though the extinction of the corresponding tax credit in arrears was done through compensation.

Although this discussion still seems far from reaching closure, we understand that this case law reversal seems to open another avenue for taxpayers to maintain their tax compliance, which is increasingly relevant for entrepreneurs in Brazil who aim to survive the effects of the Covid-19 pandemic.

Compensation should be considered a form of payment of a tax credit with the use, by the taxpayer, of receivables resulting from excessive payments in the past - that is, the compensation seeks to pay the tax using money excessively delivered to the Tax Authorities in the past. Moreover, in a systematic interpretation of the law, there would be no reason for the Tax Authority to refuse the validity of a voluntary disclosure when the corresponding credit is fully settled and extinguished, regardless of the method adopted for such extinction[8]."

[1] Compensation is possibility that taxpayers have to use the amounts of certain taxes previously paid in excess to settle other tax amounts due.