Vittorio Colao is heading up a taskforce of experts put together by the Italian government to bring the country out of the Covid19 crisis. The former CEO of Vodafone will lead the team of experts - managers, psychologists, economists, work organizers - who will work alongside the technical and scientific committee to get the country back on track after the emergency phase. 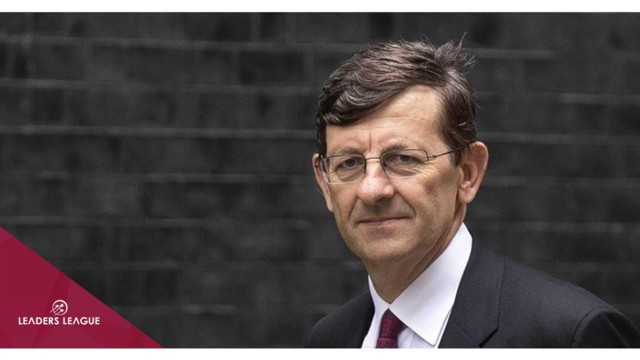 Vittorio Colao is a businessman and former CEO of Vodafone Group. He has business degree from the Bocconi University and a MBA from the Harvard Business School. Colao started his career at investment bank Morgan Stanley in London. He joined the Milan office of McKinsey & Co in 1986, where he worked on media, telecommunications and industrial goods. Colao stepped down as Vodafone Group CEO in October 2018 after 10 years at the helm, having transformed Vodafone from a pure mobile player into a converged operator, doubling the group's customer base from 269 million to 536 million.

At a press conference confirming that the nationwide lockdown would be extended until May 3rd, Prime Minister Conte described Colao as “one of the most respected Italian managers abroad” and confirmed the task force would be handed ministerial powers to help rebuild the country during phase 2 of the coronavirus crisis response.

The task force, made up of a group of lawyers, economists and experts, will have the arduous task of rethinking economic and working models and adapting them to the next phases of the Coronavirus emergency. One of the group's objectives is to reorganize travel, regulate public transport, and reschedule the gradual reopening of all activities: a roadmap that requires solid, recognized, and above all varied skills.

The complete list of the task force members is as follows:

Riccardo CRISTADORO. Economic Advisor to the Prime Minister - Senior Director of the Department of Economics and Statistics, Bank of Italy

Giampiero GRIFFO. Coordinator of the Technical-Scientific Committee of the National Observatory on the condition of people with disabilities

Filomena MAGGINO. Advisor to the President of the Council for Fair and Sustainable Welfare and Statistics - Professor of Social Statistics, La Sapienza University of Rome

Mariana MAZZUCATO. Economic Advisor to the President of the Council - Director and Founder, Institute for Innovation and Public Purpose, University College London

Enrico MORETTI. Professor of Economics at the University of California, Berkeley

Fabrizio STARACE. Director of the Department of Mental Health and Pathological Dependencies of the AUSL of Modena - President of the Italian Society of Psychiatric Epidemiology (SIEP)

Domenico ARCURI. Special Commissioner for the implementation and coordination of measures needed to contain and combat the epidemiological emergency Covid-19