We look at the rise of augmented reality (AR), virtual reality (VR), and the chipmaker crucial to both. 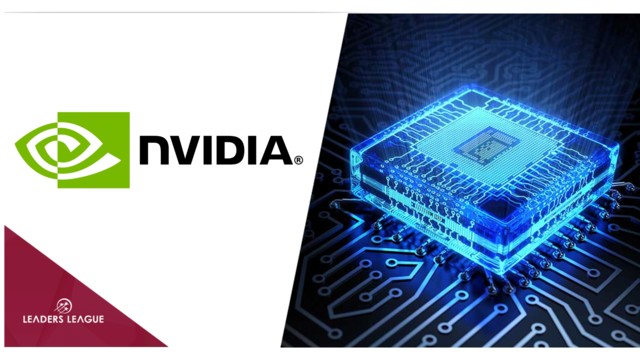 In the small, sleepy South Korean city of Namwon, intriguing developments are afoot.

It seems at first like the town that time forgot. But keep your eyes peeled when exploring the 17th-century Gwanghallu Garden, and you’ll see a small wooden sign with an arrow and two hand-painted Roman characters: “VR”.

The arrow will lead you to an unassuming, nameless side-street shop with a “VR” placard outside. Inside are four hulking contraptions, ten feet by ten. It immediately becomes clear that each offers a seated VR experience. Two student employees will put the headset on you, adjust some small reality-enhancing air-jets, and strap you in.

This article is not the place to describe a Korean VR experience. Suffice it to say that you’ll probably never have experienced anything like it.

Why this preamble? Well, the conversation I had with the two employees after I’d gathered my wits is of particular interest.

It emerged that the enterprise was entirely government-funded. The fact that immersive experiences several minutes long were only costing customers about £3 didn’t seem to concern the shop staff. The low user cost, total lack of marketing and slightly clinical vibe suggested one conclusion: as far as the South Korean government is concerned, VR is a kind of social experiment.

Western government confidence in VR and AR is already strong: nearly two years ago the US Army, for instance, signed a $479 million contract with Microsoft to supply the army with 100,000 HoloLens augmented reality headsets for training and combat purposes.

All this means that we are only just seeing the beginning of major, widespread and profitable VR and AR business.

Both AR and VR have already, despite being in their infancy, enjoyed some high-value success. Facebook famously bought VR gaming company Oculus Rift for $2 billion in 2014. Augmented reality burst into the mainstream in 2016 via Pokémon Go, which racked up 100 million downloads in its first month. Upon the game’s release, Nintendo stock rose by 120% in three days. (Since then, the company’s stock has risen by a further 89%, despite the market realising that Nintendo only had a minority stake in the game’s developer rather than developing the game itself.)

Not all of AR has been smooth sailing: its most ignominious failure came courtesy of Google, whose Google Glass experiment never got a foothold in the market because its value-add was so unclear. But everyone agrees that AR and VR in general have real potential, for entertainment and beyond.

It’s the “beyond” bit that’s crucial to VR and AR’s profitability. As well as its military capabilities, AR has great potential in retail and professional services. In 2018, it became possible for brands to incorporate AR into their Facebook Messenger experiences. Healthcare and engineering are two high-value industries that will pay handsomely for AR and VR, to train employees in virtual environments and to envision and play with early-stage industrial designs. (This is to say nothing of “on-site visits”, which will probably, after a few inevitable teething problems, make Zoom look like an antiquated absurdity.)

Option 1: The big behemoths already present in VR and AR: Microsoft, Alphabet, Facebook, Sony and the like. All except Sony have seen healthy stock performance in the last year, though are unlikely to double their stock in the next 12 months.

Option 2: The gaming companies getting into VR. The most prominent of the publicly listed ones is French gaming outfit Ubisoft, best known for its Prince of Persia, Assassin’s Creed and Far Cry game series. Its release of a VR Star Trek game in 2017 kicked off an extended period of high stock growth: Ubisoft’s share price doubled in a year and tripled in two, a boost no doubt helped by Tencent’s investment in and strategic partnership with Ubisoft in 2018. Ubisoft hasn’t announced any major new developments in its portfolio, but it is one to keep an eye on, especially if Tencent increases its stake in it.

The third option, and the one with the most growth potential, is a chipmaker. Specifically Nvidia.

Though its share price has already doubled this year, there is a lot more room for growth. Its recent success is due in part to its acquisition of Mellanox Technologies, which completed in April, bringing the company’s Q2 revenue to a record $3.87 billion (of which 14% came from legacy Mellanox). But the underlying story is its GPUs (graphics processing units) for data centres, a burgeoning industry in which Nvidia has become dominant.

Data centre GPUs are key to AI, machine learning and VR/AR. As well as producing GPUs for data centres, Nvidia owns the programming platform on which those GPUs run. At this point, it’s worth harking back to 2016, during which year Nvidia’s share price rose steadily from $30 to $107 – the beginning of its bold, barely assailable climb. That ascent, too, was due largely to the company’s dominance in GPUs necessary for a nascent, increasingly profitable industry: in 2016’s case, AI.

AI is only becoming more indispensable, and, no less than AR/VR, relies on data centres. Jefferies analyst Mark Lipacis has gone so far as to compare Nvidia’s current position in the data centre sector to Apple’s in the smartphone market, arguing that Nvidia is positioned to “capture 80% of [the data centre market’s] value”.   It’s a market that’s rapidly growing – last year the GPU market was worth an estimated $21 billion, predicted by analysts to have grown to $100 billion by 2024.

Some pundits have pointed out that Nvidia’s data centre growth is due in substantial part to the Mellanox purchase, which is one reason why Nvidia’s data centre business growth has outstripped its gaming chip growth. But a re-reversal is likely to take place here by Q3: Nvidia will be releasing a new series of gaming chips in September, which, if its previous gaming chip releases are anything to go by, will sell very well. The upcoming chips have already generated huge buzz in the gaming world. Nvidia’s two highest-grossing profit centres – gaming chips and data centre GPUs – are jostling for pole position in their respective markets. It’s an enviable position to be in, and will only continue.

Not only that, but additional M&A – a likely scenario – will ensure continued high growth for Nvidia. In recent weeks the company has been keenly pursuing an acquisition of one of its rivals, Arm, which was bought by SoftBank in 2016 for $32 billion. If it clears the regulatory hurdles – which it probably will, given the UK government’s longstanding propensity for relinquishing its own assets – Nvidia could muscle further into the game console space, particularly for AR/VR games, as well as into the growing automotive sector, in which it is already active. If the purchase doesn’t go ahead – competition authorities can’t always be second-guessed, and it would be an unprecedentedly enormous acquisition for the company – Nvidia will no doubt soon make smaller, more strategic and more immediately profitable corporate plays.

Nvidia stock will likely enjoy a significant rise into summer 2021. But investors who hold onto it for longer could end up very happy indeed.