Virginie Morgon: All the right moves

One of the most fearless financial minds of our time, Virginie Morgon’s results speak for themselves. 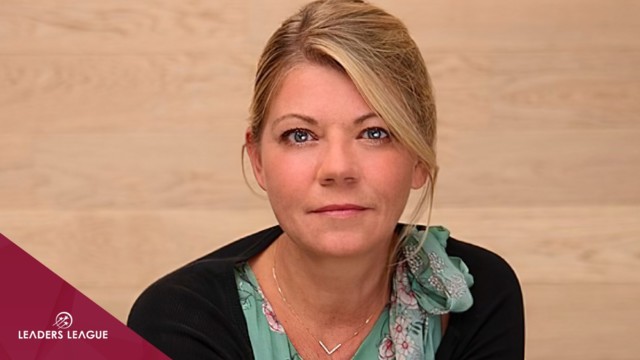 The she-wolf of Wall Street, the Wonder Woman of private equity… headline writers in the financial press have been tripping over themselves to find a suitable nickname for the 51-year-old French woman. And with good reason, as her exploits in the finance world are worthy of a superheroesque moniker.

Born in Lyon in 1969, Morgon attended Science Po before earning a master’s in economics and management from the select Bocconi University in Milan.With an impressive academic CV, she was snapped up by leading investment firm Lazard, spending a successful stint at its Manhattan office.

As she rose through the ranks at Lazard, Morgon was stationed in London then Paris, and it was while in the French capital that, in 2006 at the age of 32, she was made Lazard’s youngest managing partner. During her time in Paris she advised leading international groups such as Renault, Danone and Kingfisher.

In 2008, she made the switch to venture capital specialist Eurazeo, initially as a member of the board of directors before becoming CEO in 2014 and succeeding Patrick Sayer as president in 2018.

Remarkable results
In the aftermath of her move, Eurazeo finalized its acquisition of 70% of Idinvest Partners, a private equity firm with €7 billion in assets. The group also took a 30% stake in international venture capital firm Rhône, helping it achieve its transatlantic investment ambitions by giving it access to Eurazeo’s extensive network of US contacts. Morgon does not do things by halves. Thanks to these two operations, Eurazeo’s assets under management more than doubled, from €6.7 billion to €15 billion.

Over the course of the next two years, Eurazeo continued to make news, notably with its entry into the capital of Italian high-end ski-wear brand Moncler, which netted Eurazeo €1.4 billion over the following decade as the fortunes of the Milan-headquartered fashion house soared, a return multiple of x4.8.

The bullish strategy deployed by Morgon has borne fruit, even in these troubled times. “The pandemic has had an unprecedented impact on the world of investment, but thanks to our diversified platform, our performance has been more stable than most,” stated Morgon. Indeed Eurazeo’s latest set of annual results, published in March, were warmly received by shareholders and the market alike, with net asset value per share standing at €84.5, its highest-ever level.

Champion of equality
As a founder-member of the Women’s Forum for Economy & Society, and the co-chair of Human Right’s Watch’s Paris chapter, Morgon is a strong advocate of increased diversity in the world of finance.

She was the driving force behind the introduction of Eurazeo’s diversity charter, unveiled last month and conceived in partnership with France Invest. With this charter, the venture capital company pledges work to promote equality both within its four walls and in the companies it invests in.

“In tandem with Eurazeo, I have been fighting to increase diversity at the company for a number of years now and I am happy to say we have made great strides,” remarked Morgon adding, “I believe in this mission and all my experience in finance suggests that it is the right thing to do. Getting more women into finance is imperative, not just for the principle of equality, but to ensure that we, as a company, continue to enjoy success.”
A philosophy increasingly in vogue in the financial world.