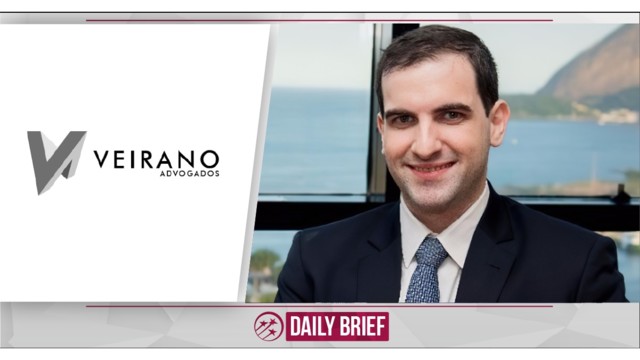 In January 2021, Veirano Advogados announced the promotion of associate Vitor Rozenthal to partner.

Mr. Rozenthal joined Veirano Advogados as an attorney in 2013 and has extensive experience in M&A deals, corporate restructuring mandates and tender offers. He frequently advises clients on complex transactions involving publicly-owned companies and private equity funds, on both buy-side and sell-side deals. Earlier in his career, Mr. Rozenthal worked at leading firms such as US giant Skadden, Arps, Slate, Meagher & Flom LLP and the now-defunct Xavier Bernardes Bragança Advogados. Academically, Mr. Rozenthal holds a Bachelor of Laws from Universidade do Estado do Rio de Janeiro (UERJ).

“After a challenging year, I am happy and proud to have been promoted to partner at Veirano Advogados and am looking forward to this new chapter.”, stated Mr. Rozenthal about his promotion.