Valljet, aviation’s answer to Uber, is no flight of fancy 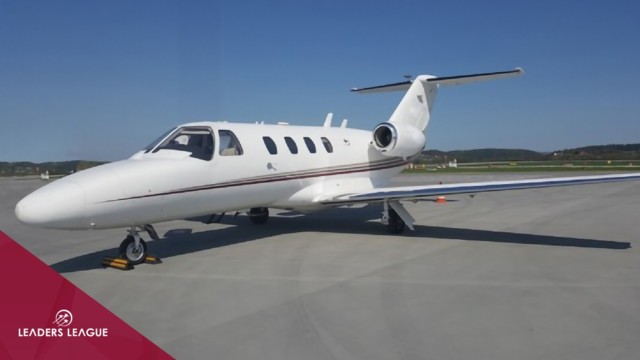 A little over a decade ago three businessmen, including the founder and CEO of Valljet, Jean Valli, dissatisfied with the level of service and value proposed by the private jet industry in France compared to other countries around the world, decided to set up their own airline.

In just over a decade it has grown to become France’s second most successful airline after flag carrier Air France, bringing in €46 million in turnover in the year prior to the pandemic.

Humble beginnings
The company, based at Paris’ Bourget airport, was not an overnight success, and struggled to get off the ground in its first handful of years in existence. Indeed, for the first ten year of its life it operated just five planes and was barely a blip on the private jet sector’s radar. “For a long time we were like a small family business. Our shareholders flew with us, in addition to a handful of other paying customers, but we were basically an airborne social club," states Valli.

All that was to change in 2018, when Valljet began to help companies acquire their own private jets, before leasing the aircraft from them for a share of the ticket price. In a nutshell, word of mouth from years of flying CEOs around France told Valli that companies would love to have their own private jet but were deterred by the price and a lack of knowledge about aircraft performance.

In exchange for helping them buy their aircraft, Valljet gets the right to rent these planes out from their new owners. In this way, owning a private jet becomes more affordable and operating it profitable even. It was a win-win that appeared so obvious in hindsight that Valli wondered why no-one else thought of doing it first. Valljet owns and operates its own aircraft and also charters those of third-party owners.

With its business model a proven success, Valljet seemed poised to take on the likes of Vistajet and Globeair in the skies over Europe. Then the pandemic hit and did to business travel what it did to commercial flight. The company was forced to put its European expansion plans on ice, although they did manage to offset the decline in passenger numbers somewhat with a steady stream of repatriation flights, bringing French citizens home, notably those stranded in Africa with the sudden suspension of commercial routes in and out of France last spring. The group also took part in the battle against the spread of the coronavirus, shuttling medical staff to and from Covid hotspots around the country.

2020 also saw Valljet solidify its position in its home market, expanding its bases of operations to airports in Lyon, Marseille, Cannes, La-Roche-sur-Yon and Lille, the latter also soon to host Valljet’s second aircraft maintenance center after Bourget, opened in 2018 in order to see the company become autonomous. Around 40 engineers and other maintenance specialists work in the Paris center and this figure is set to double with the upcoming opening of the new Lille maintenance center.

Changing the mindset
Despite its resourcefulness, the firm’s upward trajectory has been thrown into doubt by the economic fallout from the Covid-19 pandemic, and the CEO does not hide his fears about how sanitary and other aviation regulations to arrive in the wake of the coronavirus might harm profitability.

Nevertheless, Valljet intends to start operating in Italy and Russia soon, countries which he insists are ripe for the conquest, on the condition that attitudes to private jet travel in these places can be changed.

“The sector can accommodate a wide variety of clients,” stressed Valli, but he admits there is a lot of work to do to convince the European business community that taking a Gulfstream to Germany for a meeting is not just an option for the CEO.

Valljet’s ‘low-cost’ private jet flights can accommodate between five to eight people. In an effort to democratize the sector, his company has come up with a four-tier club-card system which offers benefits such as discounts on flights.

Valljet’s bread and butter service looks set to remain transporting individuals and small groups, but the firm also operates a variety of larger aircraft, from the luxurious ‘heavy’ private jets such as the Legacy 600, designed to accommodate a more well-heeled clientele, to the Embraer 145, which is capable of carrying up to 50 passengers in style and comfort.