US power crisis: Who holds the reins in the age of coronavirus?

Tensions between federal, state and local governments have been in play since the 19th century. As lockdown lifts in the US, we look at how public health crises have brought these power conflicts into sharp relief. 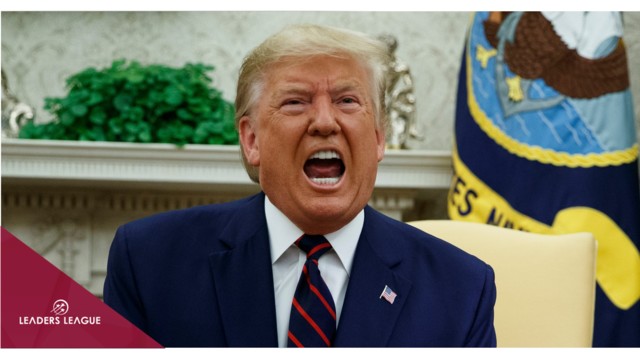 On the morning of Friday 17 April, in the middle of one of the largest public health crises in US history, and in response to popular protests against the nationwide lockdown, President Donald Trump posted three tweets that laid bare age-old tensions between federal and state governments: “LIBERATE MINNESOTA!”, “LIBERATE MICHIGAN!” and “LIBERATE VIRGINIA, and save your great 2nd Amendment. It is under siege!”

The day before his “LIBERATE” tweets, Trump let slip that he had little idea of how his own presidential power worked. When asked what would happen if state governors disagreed with his wish to re-open America, he replied: “When somebody is the president of the United States, the authority is total. And that’s the way it’s gotta be. It’s total.” This assertion of absolute executive authority was hotly contested even by Trump’s Republican critics – though met with no dissenting comments among GOP Senators. In any case, his assertion had no legal or constitutional grounds.

Such tweets and statements are emblematic of Trump’s insistence of being his own man, even when such an insistence pole-vaults over the fence of constitutionality. Going against the administration’s fundamental pro-lockdown policy is one thing: by pitting himself against his own officials, he makes a mockery of “the White House” being a metonym for the president. But he went a step further. As Democratic Senator Chris Murphy pointed out, Trump’s tweets were “encouraging citizens to engage in armed rebellion. He sent [these tweets] a day after his supporters showed up with assault weapons at state capitols. He knows what he’s doing.”

It was also, as many pointed out, blatantly partisan. Also experiencing protests, Ohio moved to relax its lockdown before Minnesota, Michigan or Virginia – and yet Trump sent no tweet regarding Ohio. Of the four states, Ohio is the only one with a Republican governor.

Party for your right to work

This partisanship may seem less shocking considering the fiery fractiousness between the two parties in every arena: both chambers of Congress, social media, even the competing news networks. But on top of the disregard they reveal for precautionary public health measures, the tweets highlight the heavily politicized nature of a biological phenomenon that affects Democrats and Republicans alike (notwithstanding the virus’s disproportionate impact on the African-American communities that form an important part of the Democratic support base). Surely, you might think, at a time like this, in the face of a common enemy, the machinery of the state would run smoothly and efficiently, with everyone working towards a common goal?

One of the main problems here is differing priorities. Congress’s ability to rapidly assemble and pass a $2.2 trillion fiscal stimulus bill in a matter of days is laudable, but the conflicts simmering under the surface manifested themselves in the recent failure of the Democrats’ additional $3 trillion rescue package, which was loaded down with overly optimistic provisions, to get through the Senate. Sticking firmly to their belief in trickle-down economics despite all the evidence undermining it, the Republicans prioritize bailing out big business, while the Democrats believe keeping the economy alive rests on propping up Main Street and local governments. Meanwhile, Trump has no discernible priorities other than blaming everyone but himself for the ongoing crises.

In practical terms, Trump began shifting the responsibility the day before his “LIBERATE” tweets, on 16 April, when his administration issued short guidelines for states and businesses to begin reopening. Much of the decision-making was left to the states; page one of the document states in no uncertain terms, “State and local officials may need to tailor the application of these criteria to local circumstances (e.g. metropolitan areas that have suffered severe COVID outbreaks…). Additionally, where appropriate, Governors should work on a regional basis to satisfy these criteria and to progress through the phases outlined below.”

Such a devolution is not in itself a bad thing: Germany’s federal government, which has handled the crisis exceptionally well, has successfully made a virtue of bestowing authority onto its 16 Länder (states). Germany’s chancellor Angela Merkel could in fact only make recommendations: it was up to the Länder on how, or even whether, to implement them. As a result, there were significant variations in how the lockdown was implemented. In Berlin, you could visit a bookshop but not have a picnic in the park. In Baden-Württemberg, you could have a picnic in the park but not visit a bookshop. So certainly, a federal government that doesn’t seize active responsibility is not the cause of high coronavirus death tolls.

Where the US has suffered in relation to Germany is testing and tracing (not to mention the inherent limits of its healthcare system, which is geared against the very demography the virus has disproportionately affected). Some private laboratories in Germany began offering tests before insurers had offered to pay for them, and by 5 April around 250 labs were conducting between 300,000 and 500,000 tests a week between them. Compare this to the US, where not even 100 labs were conducting tests by 1 April.

Perhaps even more importantly, the US has also suffered from its lack of coherent leadership. Contradictory messages on policy between federal and state government, as mentioned previously, are one big part of this. Even in their personal comportment, Trump and Vice-President Mike Pence have been giving off mixed messages. Trump, who described himself in 1997 as a “clean hands freak”, has long been in favor of washing his hands, particularly of responsibility and consequences – but his and his deputy’s approach to masks has certainly been more ambivalent. On 11 May, Trump appeared sans mask in the White House Rose Garden for a press briefing in which he revealed all White House staff had been ordered to wear masks; he stated that he did not need to wear one because he kept “far away from everyone”. As recently as 27 May, he and Pence did not wear masks while touring NASA facilities in Florida. Trump’s stance on masks puts him at odds with his own people, including – according to a Politico poll – most Republican voters. It is also yet another instance of the power of administrative guidance, even the guidance of the White House itself, being pitted against the president’s power of personal influence. A power crisis indeed.

Even lower down the ladder of power there are power struggles. The anti-lockdown protestors in Michigan, for instance, included four county sheriffs who refused to enforce the state governor’s stay-at-home order. The New Yorker recently published a case study of several sheriffs in Washington state that were refusing to enforce the state governor’s lockdown orders. Washington, one of the first states to be hit badly by the coronavirus, is home to sheriffs such as Bob Songer, speaker of such factually and grammatically dubious home truths as “God, guns and guts is what made America free.” Songer, who has voiced his intention to enforce only “legal laws”, is noteworthy in legal terms for refusing to enforce a 2018 state law that raised the minimum age and background checks for buying semi-automatic weapons.

That Songer can get away with this is down to the role of sheriffs, who are both elected and autonomous – a holdover from the days of the Wild West. Mirya Holman, an associate professor of political science at Tulane University, told NPR: “I’m not sure that there is another… common office that has anywhere like the level of autonomy that sheriffs have.” Throughout the country, corruption and incompetence have both buoyed and plagued the office of high sheriff; Connecticut banned the office outright years ago. Alaska is the only other US state to not have sheriffs.

After the first death in his county, Songer posted a video on the sheriff’s office’s Facebook page urging citizens to “stay in their home for the next few weeks”. No doubt this was a little late – the Washington state administration had been recommending this for a while. But Songer is a local leader, and his words were heeded by many who had hitherto been taking the state guidance lightly. He has more recently begun to take a harder line. “Governor Inslee’s orders pertaining to public gatherings or businesses operating in violation of his orders in my opinion is a violation of our citizens’ Constitutional Rights under the 1st Amendment, 2nd Amendment, and other Amendments of the US Constitution and Washington State Constitution,” he wrote on 5 May.

What does all this mean?

States need not heed federal guidance; sheriffs need not heed state governors; citizens need not heed sheriffs. One quinquagenarian restaurateur told the New Yorker, “If [Songer] tells me I’m allowed to open my business, I won’t, because I respect science and statistics and math.” This sentiment, of course, has frequently cut both ways: Michigan’s governor Gretchen Whitmer has received death threats from citizens for sticking to the scientific consensus on lockdown, and numerous protestors have attended gatherings gratuitously armed to protest the state-imposed restrictions.

In any case, the coronavirus has laid bare the fault lines of power in the US, and how fragile those lines can be. When even the implementation of state law depends on custom and precedent in a year with few precedents, a lot of bluffs will be – and have been – called on both sides of the power divide. Such flaws in the system are made starker by the nature of the Oval Office’s current resident, but they existed before him, and they will exist after him. That seems to be the state of the union.