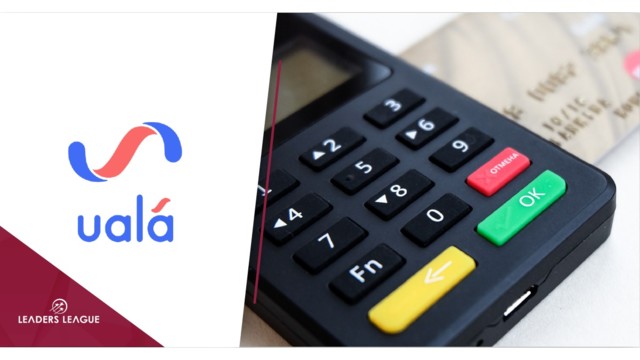 The latest financing round in the company was led by SoftBank’s Latin America Fund China’s Tencent.

The funding “represents the largest private investment round ever received by an Argentine company, which reinforces the company's exponential growth and its leadership in the region's fintech ecosystem," the company said in a statement.

The unicorn status makes it the 10th of its kind in Argentina, following financings that have propelled the likes of Mercado Libre, Globant, OLX and Despegar into that category.

Ualá is an online payment company that has some 3.5 million active Mastercard holders among its client base and last year entered the Mexican market, and this year announced it has entered into a global alliance with Wilobank, the digital banking arm of Corporación América.

The startup has issued more than 3.5 million cards in Argentina and in Mexico.

It has also launched Ualá Bis, a solution for entrepreneurs and merchants that allows selling through a payment link or mobile point-of-sale.

Pierpaolo Barbieri, the company’s CEO and founder, enthused about Ulalá’s growth in comments made to local media.

"We are proud to announce the largest private investment round ever received by an Argentine company,” Barbieri said. “A round that strengthens the path of this revolution that we launched less than four years ago, and today is already regional.

“It is an investment in Latin talent to solve Latin problems. Our mission is simple, but difficult: we are working to bring Latin America's financial services into the 21st century," he said.

"It's not about being the 'fintech of the moment', but about defending our mission: to make financial services more open, transparent and inclusive," Barbieri added.

"We don't plan to go public, we have the capital from our investors that allows us to grow, hire and create product,” he added.

“I care about giving the everyday user having the best possible product. How much the company is worth matters only to investors," he told Infobae in February of this year.

The round also saw the participation of investors that participated in previous rounds, such as funds managed by Soros Fund Management, Goldman Sachs Asset Management, Ribbit Capital, Greyhound Capital, Monashees and Endeavor Catalyst, and also incorporated others, such as D1 Capital Partners, along with angel investors such as Jacqueline Reses and Isaac Lee.