Pieter van der Does is a naval hero little-known outside his native Holland. In the late 16th century, the admiral was a thorn in the side of the Spanish Armada during the 80 Years' War. Four centuries on, his namesake is making waves in the world of fintech. 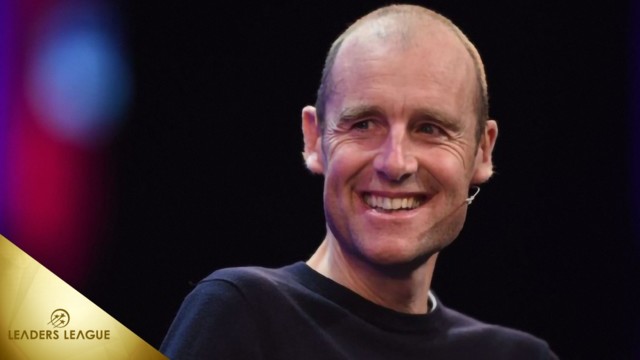 The 21st century Pieter van der Does is the founder and CEO of unicorn startup Adyen, the current darling of the fintech world. The Amsterdam-headquartered company, which specializes in providing payment-processing equipment and software solutions to both the online and brick-and-mortar retail sectors, is active in more than 200 countries.

Prodigious entrepreneur
More than just the latest tech-saavy banker turned start-upper, the Dutchman is above all an entrepreneur in the classic sense. Childhood friends have recounted the story of how, aged 10, van der Does set up a successful moped rental and resale operation, investing the proceeds in his twin passions of surfing and mountaineering.

After graduating from the University of Amsterdam and the Sorbonne, he began his career at Dutch multinational banking and finance corporation ING, but very quickly the urge to be his own boss surfaced.

van der Does refuses to countenance a merger, reasoning that the subsequent massive influx of new staff would upset the Adyen applecart

In 1999, alongside Arnout Schuijff and some other friends, he created Bibit, one of the world’s first-ever online payment companies. It was a roaring success and five years later, Does & Co. sold the company to the Royal Bank of Scotland for a cool €100 million. The money – see the pattern – was reinvested shortly afterward to create Adyen, which was unveiled to the world in 2006, and whose name in Surinamese means “start over again” – appropriate given that van der Does was about to scale the heights once more.

Nobody Does it better
Even given its owners previous success, the speed and scale of Adyen’s ascent caught the world of banking and finance by surprise. After securing a string of high-profile multinational clients, such as Groupon, by 2012 Adyen had offices in San Francisco, Stockholm, Paris and London. In the years that followed, Adyen expanded to the Asia-Pacific region and in 2018 launched its own API [handheld payment] terminal and held a successful IPO.

With its payment solutions present everywhere from corner shops to the biggest online companies, such as Netflix, Uber and Airbnb, Adyen is now a fintech heavyweight every bit the match for rivals Stripe and Paypal. Yet despite its newfound status, Van der Does has done everything in his power to ensure that the start-up spirit remains.

Despite crossing the 2,000-employee barrier, and ever-increasing demands on his time, the outgoing Dutchman still maintains the tradition of his Friday drinks socials with staff members, which these days require considerably more bottles of Amstel than they did a decade ago. In addition, each of the firm's employees receives stock options, not just members of management.

But perhaps the biggest decision Adyen’s boss has taken to keep it real is his steadfast refusal to countenance a merger, reasoning that the subsequent massive influx of new staff would upset the Adyen applecart.
Not to say that the CEO is growth-averse; he can draw the attention of potential investors to Adyen’s low level of staff turnover and high number of extremely satisfied clients.

Doing things his way should mean that, for the moment at least, there is no need for van der Does to contemplate starting all over again.