Though little known to the general public, Daniel Julien perhaps deserves to be, as he has achieved a considerable feat. Starting from zero, he has built up a global group of 300,000 staff. And the best is perhaps yet to come. 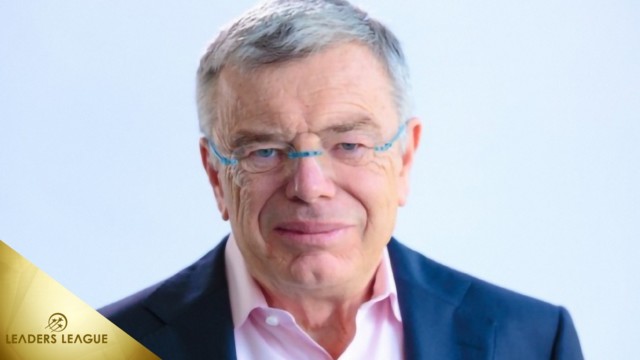 Daniel Julien's hero growing up was Tintin, whose ability to travel the world and the seven seas he greatly envied. Of course, the Teleperformance chairman will never see any of the fictional countries imagined by Hergé, such as Khemed, San Theodoros, Borduria or Syldavia. But the Frenchman can still travel the globe for professional reasons. His company, which was founded in 1978, is present in more than 80 countries and works daily in 265 languages.

Self-made man
Daniel Julien's profile is radically different from the great captains of industry in France, who are for the most part products of the country's most exclusive academic establishments. The Parisian is, rather, to be classified as that rare species of big boss in his homeland – someone who defied modest beginnings to muscle in on the elite.

Julien's working life began as a salesman in the food industry, notably as a sales manager at Jacquet and product manager at Boursin. In 1978, when he was only 26 years old, came the defining moment of his professional life: he founded Teleperformance.

In the beginning, Teleperformance's business model was simple, based on a modest mail order subscription business. Then things started to take off. The 1980s marked the advent of the customer as king, and saw all major companies outsource customer services to external service providers. Having been in the customer services game for a number of years at that point, Daniel Julien quickly became a key player in the market and spread his web across all continents to take advantage of this explosion in demand. before long the biggest multinationals were on the books.

Disgruntled customers, or those just seeking information, rarely know that behind the customer-services hotline of their car company, cellphone operator or streaming subscription, is a French company which according to its founder, functions as the "oil that allows the vast machine of world trade to run more smoothly and with a minimum of friction."

Premium services
Today, the group is gradually moving away from the low-added-value model of the early days, which was characterized primarily by opening huge call centers. It has now adapted to the customer relationship realities of the 21st century, with increasingly demanding and ever-more-connected consumers.

This required putting the emphasis on premium services and taking an innovation-first approach. Teleperformance has also taken a leaf out of bigtech by integrating chatbots, community management, instant translation and artificial intelligence into its services.

These services allow the group to handle customer services for the Gafa, major telecom operators, and e-commerce sites, etc. The rise in online retail during the pandemic has also been a boon for the company. In 2020, Teleperformance's revenues increased by 7% to €5.7 billion.

This performance has enabled the group to join the prestigious CAC40 Index in June 2020, replacing Sodexo. A lover of the American way of life, Julien has lived in the United States for the past two decades, where he controls his business-process outsourcing empire from his home in Landrum, South Carolina.

However, he is always ready to jump on a plane and go wherever the latest corporate adventure takes him. Like his childhood role model with the famous pooch.