The golden boy of Wall Street in his thirties, Jamie Dimon has now spent 15 years at the top. 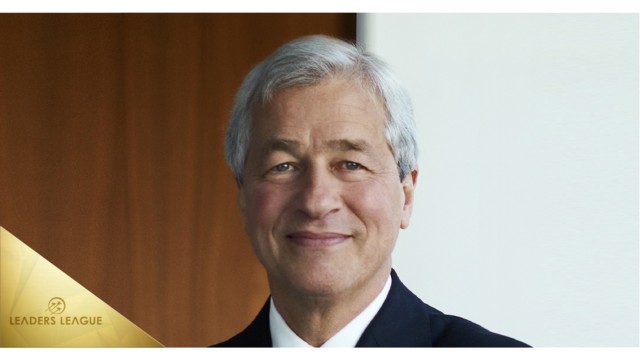 JPMorgan Chase is the largest of the US’s four big investment banks. Famously fired by his own mentor at Citigroup, Dimon’s not doing too shabbily these days – a billionaire whose insights are highly sought-after.

His career began unremarkably enough: coming from a line of stockbrokers, his ticket to Wall Street was only natural. But after graduating from Harvard Business School, he rejected offers from Goldman Sachs, Morgan Stanley and Lehman Brothers. He wanted to work with Sandy Weill – who’d hired him for a summer’s work doing budgets at now-defunct brokerage Shearson Loeb Rhoades – as an assistant at American Express. Why? Weill convinced Dimon that it would be more “fun”.

CFO by 30
Dimon and Weill were famously close: they left AmEx in 1985 to run consumer finance company Commercial Credit, with Dimon serving as chief financial officer at the age of 30. Through various M&A, the pair grew the group into Travelers Group, bought out Primerica Financial Services, and ultimately merged the group with Citicorp to form Citigroup in 1998. But by this point, the pair’s bromance was souring. Weill had continually clipped his protégé’s wings by forcing him into power-sharing agreements with others; Dimon had not shepherded Weill’s daughter along the career path that Weill wanted; and the whole thing came to a head at a company retreat that almost saw violence erupt between Dimon and fellow exec Deryck Maughan. Months after the big Citi merger, Weill – CEO of Citigroup – asked Dimon, a company president, to leave.

This came as a shock to Dimon, whose weekly working hours went from 80 to zero. Cashing in over $42 million worth of Citigroup shares, he used the time off to reflect, reading biographies of great statesmen and taking up boxing, toying with taking an in-house role at Amazon before deciding it would be a bridge too far from financial services.

"By 1998 Dimon’s bromance with Sandy Weill was souring. Weill had continually clipped his protégé’s wings by forcing him into power-sharing agreements with others"

Around a year after his dismissal, Dimon invited Weill to lunch at The Four Seasons for some much-needed closure. Six months later, in 2000, Dimon became CEO of Bank One in Chicago, which he famously turned around from posting losses of $511 million to profits of $3.5 billion within three years.

The ultimate vindication of his career so far came in 2004, when JPMorgan Chase – a Weill had nursed ambitions for Citigroup to merge with – bought Bank One for $58 billion. 18 months later, Dimon was named CEO of JPMorgan Chase. And since then he has grown the firm into the largest of the big four US investment banks, outsizing Bank of America, Wells Fargo, and Dimon’s former boss’s old bank Citigroup.

2008 financial crisis
Dimon emerged from the 2008 financial crisis as a hero of sorts: his risk-averse approach to investments and trades meant that JPMorgan Chase was far less exposed than the other large banks to the securities that tanked in 2008. It subsequently took over several collapsed banks, most famously Bear Sterns.

As of 2019, JPMorgan Chase had the highest tech budget of all the banks, at $11.4 billion – much of which is for developing use cases for artificial intelligence. It is emerging relatively strongly from the coronavirus; its Q2 results outperformed analysts’ predictions by billions of dollars. At the top of it all sits Jamie Dimon. This isn’t the first recession he’s weathered with the bank, and if he continues to lead as he has been leading, it won’t be the last.