Daniel Ek’s twin childhood passions of music and coding dovetailed perfectly to propel him to the title of most powerful man in music before he turned 30. 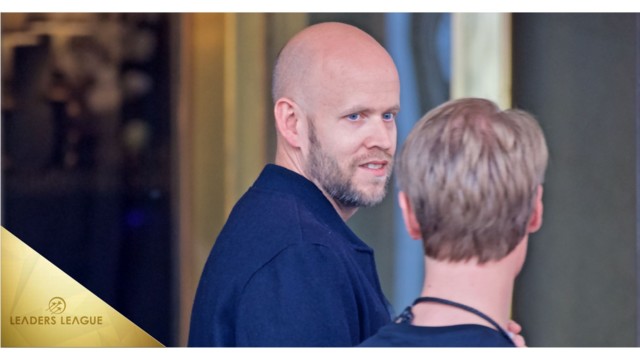 Sweden has become accustomed to scaling the dizzying heights of the music world. First came ABBA in the 70s, followed by steady stream of hit-makers in the 80s and 90s such as Roxette and Ace of Base. At one point in the early 2010s, half of the songs in the US top ten singles chart were either written or produced by Swedes.

And then there is Spotify – a music streaming platform that succeed where predecessors such as Napster failed by managing to monetize music in the internet age in a way that (mostly) pleased everyone.

It all started for the 37-year-old Stockholmer at the age of 4 when his parents bought him his first guitar. Then, one year later, a home computer followed. Nature or nurture? Ek’s success was probably a little bit of both. He certainly put his presents to good use, and by 14 had launched his own website creation company, staffed by school-mates who accepted payment in video games.

"With the music industry put on the back foot by Napster, the decline of physical media and rise of Youtube, Spotify was an idea whose time had come"

Starting off by offering a quality product at a low, low, price, the Swede’s innate business sense saw him able to charge $5,000 to design company websites by the time he was ready to graduate secondary school. By that final year of school he had 25 of his fellow pupils working for him and was able to pay himself a monthly salary of $15,000. A paper-round, it wasn’t.

Turned down by Google
And yet, despite his obvious talents, at the age of 16 he was turn down for a job at Google, who suggested he return after he’d earned a college degree, something he tried to do by enrolling in the KTH Royal Institute of Technology… where he lasted all of 8 weeks.

Recalling his dashed Google dream in a televised interview years later, Ek stated somewhat tongue-in-cheek; “I thought to myself ‘If Google don’t want me, I’ll just make my own search engine, it can’t be that hard…’ It turns out it’s really, really hard!” Hard or not, it was certainly worthwhile – Ek made his first million at 23 when he sold one of his main computer programs to a leading Swedish company.

The following chapter in Ek’s remarkable life could be christened grandeur and decadence. The young entrepreneur was living the dream, with Ferraris in his garage and friends in the jet-set… and yet all was not well, Ek fell into a deep depression after a year of living the high life, and swapped his Stockholm penthouse for a suburban cabin in the woods near his parents’ home. It was time to go back to the drawing board.

The winner takes it all
During this time of hesitation and self-reflection, he was drawn to fellow Swedish entrepreneur Martin Lorentzon, to whom he’d sold his main software package and who was going through something of an existential crisis himself. They spent a lot of time hanging out listening to music and watching movies, and at some point hit upon the idea for Spotify, a music-streaming service that would be available free of charge with adds or at a price without. With the music industry put on the back foot by Napster, the decline of physical media and rise of Youtube, it was an idea whose time had come.
Ek needed to get the record labels on board if Spotify was to get off the ground, however. Seeing the way the industry was going, and no doubt rationalizing that a smaller slice of the pie was better than no pie at all, the musicians and their labels played ball and in 2008 Spotify saw the light of day. It was a watershed moment for the music industry, and in the life of the young Swede. 12 years on Spotify has 138 million premium subscribers worldwide – almost twice that of main rival, Apple Music.

Podcasts… who knew?
But it's not just music that the internet has democratized. Long the domain of established media outlets, the explosion in DIY audio and televisual programming has been a feature of the entertainment industry in the last five years, with podcasters operating out of their basements armed only a mike, a webcam and their opinions earning listens/views that are the envy of many a TV or radio presenter.

The number of hours the average person spends listening to podcasts has exploded in recent years. In the fourth quarter of 2019 listenership was up 200% on the previous quarter – and that was before the coronavirus left us locked-down and hanging around. Not wanting to be left behind by the podcast revolution, Spotify acquired leading podcast network Gimlet for $230 million last year.

He may seem to be behind the curve on this one, but as Ek has opined, success is 5% down to the idea and 95% its application. Few would bet against a Swedish recipe for entertainment industry success working once again.