This son of Cuban immigrants is a living embodiment of The American Dream. 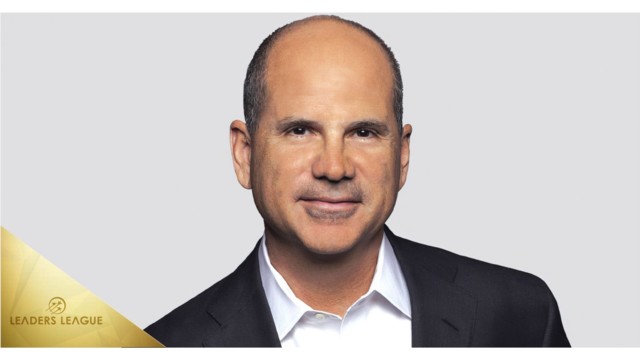 Cuban-born, Harvard-educated Carlos Rodriguez was named president and CEO of Automatic Data Processing (ADP), a payroll, human resources and tax services company, in 2011, becoming the sixth person to take the helm of the NASDAQ-listed payroll services company since it was founded in 1949. Rodríguez, the son of Cuban immigrants to the US who arrived in Miami in the 1960s, was the first member of his family to go to university – and not just any old institute of higher learning either, as he earned his BA and MBA from Harvard.

As the CEO of ADP, he heads an organization of more than 55,000 employees which operates in 140 countries, and has, under Rodriguez’s leadership, accelerated its transition from payroll processor to become a human capital management services provider. The company’s growth has been as a result of leveraging technology to design a more personalized world at work. During the 55-year-old’s tenure, ADP has nearly doubled the number of clients using its cloud-based services. Additionally, thanks to its professional employer organization (PEO) package, ADP TotalSource, the number of client employees served has almost doubled, putting it on par with the nation’s largest private sector employers.

Rising the ranks
Having joined ADP in 1999 after its acquisition of Vincam, he held a number of positions within the company of increased responsibility before becoming CEO. He served as president of TotalSource, which became the fastest-growing and largest PEO in the industry under his leadership. Within the company, he also served as president of the national account services and employer services international divisions, which serve large companies, and spent several years as president of the small business services division. While in that role he oversaw the launch of the cloud-based RUN Powered by ADP payroll management service.  Rodriguez is a member of the Business Roundtable, the Economic Club of New York and the American Heart Association CEO Roundtable.

"Under Rodriguez’s leadership, ADP has accelerated its transition from payroll processor to become a human capital management services provider"

ADP serves businesses of all sizes, and multiple industries, including the restaurant and hospitality industry, manufacturing, professional and technical services, retail, construction, financial services, healthcare, government and education, and non-profit and social services. Among the services the company offers to human resources departments are planning and managing their employees’ benefits, enabling technology to assist in the hiring process, and managing, administering and tracking compliance processes, as well as the secure digital storage of data and financial certification documents and credentials.

In payroll services, the company offers automated and error-free online processing, self-service apps for employees, and the calculation and payment of payroll taxes. ADP also offers work-hours tracking, the management of employee holiday time requests, and the management of employee benefits, such as health insurance and retirement plans.  In addition to managing a company’s day-to-day tasks, ADP also offers analytics, allowing companies to make informed decisions after accessing benchmarking data from more than 30 million employees worldwide.