Time for the Planet: The ecological transition will be crowdfunded

Time for the Planet is a citizen’s movement that supports the development of projects with the potential to drastically reduce greenhouse gas emissions in order to help achieve carbon neutrality as soon as possible. Its goal is to fund 100 climate-positive companies between now and the end of the decade, the first three of which were recently revealed. 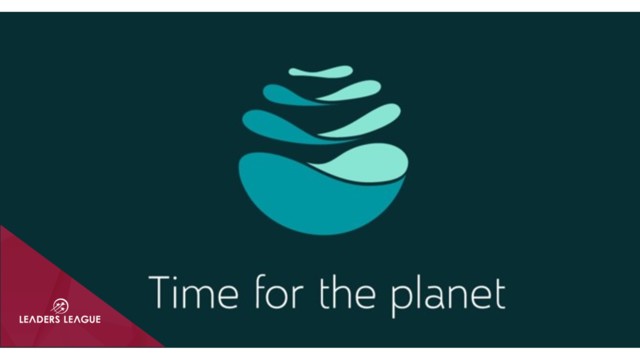 What if the catalyst of the global economy's ecological transition came from a union of environmentally conscious citizens and forward-thinking entrepreneurs? This is the bet that Time for the Planet, an initiative launched by a handful of entrepreneurs in 2019, has made.

The organization has already raised over €8 million via 41,000 people across the globe, who pay as little as €1 to become shareholders. It is already among the most successful crowdfunding operations ever carried out in Europe. 90% of the money raised goes toward funding innovative, impactful investments, with the remainder used to cover Time for the Planet’s operating expenses.

Those seeking to make a quick buck should look elsewhere however, as dividends will only be paid out to shareholders “at such time as we have succeeded in our mission to solve global warming… which obviously won’t be today or tomorrow,” the organization proclaims.

The value of shareholders’ investments lies elsewhere. Each of them receives a detailed breakdown of the amount of greenhouse gas emissions avoided, stored or offset thanks to their contribution. In addition, Time for the Planet guarantees that each of the inventions it finances is open-source, rather than proprietary.

Close to 600 projects have already been submitted to Time for the Planet’s shareholders and advisory board for consideration, with the most promising approved for market trial. Last December the first three projects were unveiled, a synopsis of which you can find below.

Beyond the Sea
The brainchild of professional yachtsman Yves Parlier, Beyond the Sea’s project would harness the latest kite-surfing technology, using wind as the only source of energy, to power cargo ships as they criss-cross the world’s oceans. The canopies used could reach up to 200 square meters in diameter.

Beyond the Sea also wants to apply the same technology to yachts and fishing boats. But can a humble kite really be used to power a 200,000-ton tanker and if so, will the technology be taken up by a sufficient number of operators to make a tangible impact on marine transport emissions? The founders of Time for the Planet certainly believe in the project’s potential.

“The main objective of our project is to propose sustainable solutions to the commercial shipping industry in order to reduce their diesel consumption by up to 40% in the near future,” informs Beyond the Sea. The carrot of cutting down on fuel costs is sure to pique the curiosity of shipping magnates, if nothing else.

Carbon Impact
Reducing CO2 emissions is all fine and well, but the climate emergency requires carbon capture solutions to be developed in tandem. This is where Carbon Impact comes in, an organization that wants to utilize the carbon-storage capacity of volcanic rock to naturally capture greenhouse gases.

The US-based project estimates that such rock, when ground down into a fine powder and spread across, say, beaches and fields, could capture “322 million tons of CO2 per year, which is the equivalent of the annual carbon footprint of France,” according to Time for the Planet.

How does it work? The carbonate materials in the rock powder dissolve when they come into contact with water. CO2 is drawn in to form bicarbonate ions that then become carbon-storing carbonate minerals after they’re washed away into the ocean.

All this for a cost ten times less than existing carbon capture techniques.

Leviathan Dynamics
With the rise in atmospheric temperatures, air-conditioning has become a necessity in an increasing number of countries, which is a problem since air-con is very bad for the environment, because of the level of fluorinated gas use in the cooling process. The solution for Leviathan Dynamics is to replace fluorinated gas with water.

“Not only can water be used as a coolant in air-conditioning systems, it can actually be more efficient than the majority of fluorinated gases, and the fact that it is carbon neutral makes it possible to optimize the thermodynamic cycle to an extent that, compared to existing refrigeration solutions, ours is up to 30% more energy efficient,” claims the specialist in thermodynamic machineries based on mechanical vapor compression, which was created in 2016.

With the backing of Time for the Planet, the Paris-based greentech aims to have a product on the market by 2023.