"This is the biggest overhaul of UK insolvency legislation since 1986"

We spoke to Brown Rudnick partner and restructuring specialist Charlotte Møller about airline restructuring, the UK government's response to distressed companies, and the seismic changes to the UK insolvency regime. 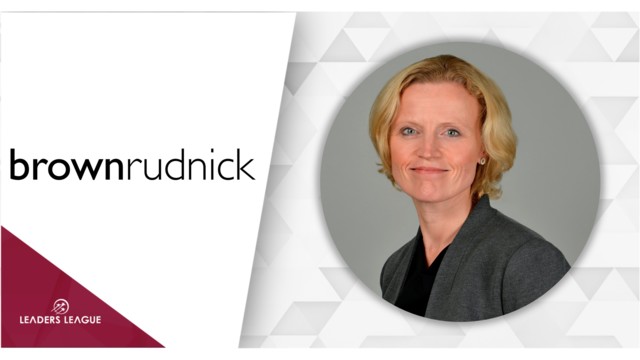 What were some of the notable trends in restructuring before the coronavirus?

It’s been a notoriously challenging time for the retail and travel industries for a while now. Both are highly competitive industries and airlines often operate on thin profit margins. Last year we saw the Thomas Cook Group situation, where the group was unable to get its restructuring through. With the pandemic, these things will be exacerbated – not just for airlines but cruise ships and all their suppliers and counterparties. You do wonder what kind of consumer confidence-knock will come out of all this. It’s hard to judge.

In energy and natural resources, restructuring is driven less by the pandemic and more by issues around oil prices generally, as well as more macro trends such as the US’s investment in shale gas and its current more inward-looking worldview. And trade war issues are ongoing and hard to predict.

How has the restructuring sector changed since coronavirus?

The pandemic is a massive shock to the system, and the UK will feel a huge hit to retail. Essentially, anyone who had a shaky business before this hit will have a far shakier business now.

Lots of people are using the Warren Buffet quote, “Only when the tide goes out do you discover who’s been swimming naked.” Despite all the government packages coming in, for some, these are just pushing back the inevitable. The furlough scheme has given people some breathing space, and banks seem overwhelmed by loan waiver requests and requests for new loans, unsure about government’s longer-term response in relation to some of the new lending. There does seem to be a feeling that in a couple of years, the government might turn around saying, “What were you thinking, lending to these companies? We’re not going to guarantee that loan, your loan didn’t meet the requirements.”

Trends towards e-shopping will be hastened. The whole pandemic is also affecting the use of cash; perhaps we’ll see more cryptocurrencies, which were getting a lot of coverage before the crisis. There might be increased regulation coming out of all of this in that area.

In terms of restructuring work for lawyers, things are busy; there have been lots of board-level discussions that are slowly turning into mandates – in hotels and restaurants in particular, some of which may not be profitable again until 2022. That’s a long time for banks to wait. The challenge for lawyers is knowing where to focus. As always, the best thing to do is focus on the areas you know best. For us, that tends to be transport, distressed real estate, hospitality, energy, natural resources and retail.

What do you make of the UK government’s response to the coronavirus from a restructuring standpoint?

New insolvency legislation is being fast-tracked through the Commons right now; it is fundamentally moving the balance of power in the UK market towards the debtor and away from the creditor, especially secured creditors. It may face trouble in the House of Lords, but it will likely pass. It’s the biggest overhaul of insolvency legislation in the UK since 1986; many will try to make use of the new additions to the restructuring toolbox that come with this legislation.

The UK is normally secured-creditor-friendly; there’s been a sense that the debtor should be “punished” for being insolvent. This is very different from Chapter 11 in the US, where, say, the debtor ends up with possession and manages through the restructuring and insolvency process with existing management.

The new legislation will be amending the Companies Act, where the schemes of arrangement are located. Now, rescuing companies in difficulty will be able to include a “cross-class cramdown”. Normally, you’d take the stakeholders affected by the scheme, divide them up into classes by what their interests are, and vote. Each class had to vote for the scheme with the requisite majority.

Previously there was the issue of holdout creditors, who might own 25.5% of a class of the debt and so could block a given scheme of arrangement – broadly speaking a 75% consensus was needed. The new arrangement will allow courts to take the view on whether a class has genuine economic interest. It’ll come down to the valuation of the business. Courts can sanction an arrangement that might previously have been vetoed.

There will also be a debtor-in-possession moratorium that a company can enter into: a 20-business-day period during which a company can work out a resolution with creditors without the threat of enforcement or winding-up proceedings.

The “ipso facto” rule will also see a change. As in Chapter 11 bankruptcies, suppliers’ ability to terminate contracts for insolvency will be restricted, unless they can go to court and prove real hardship.

In the draft legislation, these changes are all effectively backdated. You might have signed a contract thinking you could terminate for insolvency, but the new laws will apply in retrospect too – unlike with the Enterprise Act 2003.

We’re also heading towards Brexit, perhaps a hard one – so the supply-chain problems might undergo a double-shock by the end of the year. Around September, the rental quarter-date, it’ll be crunch time – the tide will recede. Under the new legislation, you can’t put a winding-up petition in for anything that relates to pandemic-related non-payment, but when this is lifted, the rental obligations don’t go away – they’re just being stored up for the future. We’re going to see a rise in formal insolvencies.

Separately to all this, there have been changes to wrongful trading laws, suspending liability of boards for wrongful trading during the pandemic. But this change is less fundamental – directors still have to act responsibly.

Were these changes to restructuring regimes being considered before the coronavirus?

There was a government paper around the Carillion collapse that explored these kinds of issues, and there was some consultation around the moratorium issue, but there was no set timetable for this. The pandemic has brought this all forward and has given it cross-party support.

Are airline restructurings different to those in other sectors?

Usually a pre-pack sale of an airline (where the business and assets are sold rather than the company) is very hard unless the purchaser is also an airline itself, because of the licensing. To be an airline, you need an operating licence (through EU law) and many other licences. Broadly, there are strict requirements around financial robustness and who can control an airline. A licence can’t just be sold to a buyer. This complicates the restructuring process.

From a director liability perspective and a reputation perspective, you’re selling to consumers who may not have any protection against losses if the airline collapses. You’re also dealing with aircraft lessors, who will think carefully about how airlines are dealing with their assets, and which countries their assets might end up in if the airline goes insolvent.  There are a lot of moving parts.

You have particular expertise in transport and energy. Has the government done anything to safeguard these industries in particular? If not, what would it need to do?

The government hasn’t done anything so far for these industries specifically. Companies have recourse to a few different approaches: loan packages, the furlough scheme, and, for companies with particular strategic value (and which can’t get financing from elsewhere), there’s the Project Birch programme, whereby they can apply to government for financing. These applications will be confidential – you don’t want people knowing you’ve exhausted all other avenues of financing!

The general approach of the government is to treat all industries equally – no special carve-out for airlines. But it will be looking at companies with strategic value; FlyBe was being discussed for a bailout even before the pandemic for these types of reasons but obviously that did not materialise in the end as the conditions for a bail out were not met. Following the insolvencies of Thomas Cook Group and Monarch Airlines, there has been talk about a special administration / insolvency regime for airlines. There will likely be legislation around this, though the timetable for it is unclear. It should mean that airline companies entering administration or liquidation could allow their fleets to still be used to ferry people back home. Currently, the taxpayer has ended up on the hook for this – at least, where the ATOL [Air Travel Organiser’s Licence] scheme does not pick up the bill – and there is discussion around that changing too.

Pollution has visibly declined in London in the last two months. Do you think the virus will in any way have an impact on our approach to using oil and gas, or will things revert to business as usual ASAP?

It’s an interesting one – air pollution is certainly much lower than it would normally be. People out on their bikes and pedestrians walking across roads are lovely features of [the lockdown]. But more generally, surely the London transport system will revert to business as normal: most people can’t cycle or walk to work, and if they’re going into the office they will have no option but to take public transport.

I do suspect that the conference industry and business travel more generally will take a long time to return to what they were before, if indeed they do at all. This pandemic combined with ongoing environmental discussions will make people far more conscious about the decisions they’ve been making about travel. Conferences, partners’ retreats, in-person meetings, even smaller court hearings will remain online. So much time is wasted by waiting outside a court for ages for your slot, and the system clearly works online as well.

In more general terms, we’ll see a lot more working from home. It’s very easy to do so, and I’m not speaking as someone who’s done a lot of it in the past. You miss the team and the bonding that being in the office gives you. But I can’t see that a lot of us won’t be questioning whether we really need to go to the office every day when an efficient alternative exists.