The Legal Industry After Coronavirus: How Will European Law Firms Move On From the Crisis?

As countries around the world are slowly easing the lockdown measures they had taken response to the coronavirus pandemic, European law firms have scrambled to adjust to the situation which has, out of necessity, seen employees working from home for the weeks on end. Leaders League is conducting a market survey of the European legal sector and has spoken with leading European law firms to better understand how they are addressing this unprecedented crisis. Here is what they have to say! 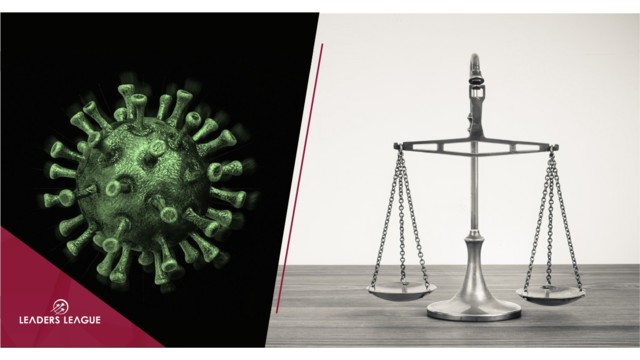 While some law firms have assured that the current pandemic would have only a limited impact on their profession, the French Conseil national des barreaux (CNB) has published a market survey on the consequences of the crisis for French law firms. According to the findings, 28,000 French practitioners could leave the profession as a direct result of the ongoing pandemic. Of the 70,000 lawyers practising in France, more than 10,000 took part in the CNB survey, 80% of whom have declaring that their revenues have been cut by half due to the crisis.

CNB President Christiane Féral-Schuhl raises concerns on the difficulty for many small-sized law firms, being liberal professionals, to keep themselves afloat during the crisis. “Lawyers are paying the consequences of the crisis out of their own pockets," she commented. Accordingly, 77% of respondents have explained they would take a pay cut to keep their business going.

While Féral-Schuhl explains that "the measures taken by the French government are insufficient and not adapted to the legal profession, the majority of firms are still planning to request financial aid "

In other European countries, prospects don’t seem much brighter. Luxembourg firm DSM Avocats à la Cour raised concerns about the current state aid measures taken by the government, judging them insufficient. “We’re hoping that we will not have to apply for any state aid. At present, it appears that any state aid would be completely insufficient to compensate for the consequences resulting from the crisis,” commented Mario di Stefano, managing partner at DSM Avocats à la Cour.

Accordingly, the firm has established its own financial plan that will ensure the resilience of the business and of its financial resources and that will allow the firm to navigate the crisis will maintaining its activities and without having to lay off any of its staff.

“ We do anticipate this crisis to be significantly more serious than what happened in 2008, and will directly affect almost all sectors of the world economy,” he added.

Lenz & Staehelin and Aceris Law in Switzerland, Lydian and Liedekerke in Belgium, Arendt,  BSP (Bonn Steichen & Partners) and Wildgen in Luxembourg and others have all expressed their content with the national measures taken in their respective countries. On the European front, however, some firms, including Aceris Law, have raised concerns about debt management in different member states and how this will pan out for European businesses.

“The rescue plan of the eurozone is more level-headed than the rescue plans in other parts of the world, such as in the US. Aceris Law will not be applying for any assistance. There is an issue with states taking on significantly more debt. Countries with significant existing debt, such as France, have to be very cautious about how they handle the crisis.” commented William Kirtley, the firm's arbitration partner.

Leaders League has also conducted a survey to try to understand what changes the digitalization of the legal industry could bring about. Over 60% of practitioners polled are confident that they are already well enough equipped to switch to a more digitized profession.

In France, 7.5 million employees have been working remotely from home since the beginning of the lockdown in mid-March. Law firms are no exception. In the context of the ongoing crisis, digital tools have become real lifesavers for businesses that have to pursue their activities remotely.

“We have already had positive experiences with teleworking in the past, particularly during the transport strike at the end of 2019," says Mahasti Razavi, managing partner at French firm August Debouzy.

“The announcement of the containment measures was therefore welcomed with serenity and flexibility by our teams, and on this occasion, our IT and remote management tools were tested again.”

Another case in point is Parisian firm Racine: “We already had two effective tools, the VPN for secure access to electronic documentation and our management software, and My Collab for receiving calls on our computer," confided Xavier Rollet and Frédéric Broud, Racine's co-managing partners.

Like Racine and August Debouzy, many of their peers, interviewed by Leaders League, already allocated a large budget to IT and digital equipment prior to the crisis, which allowed them to react efficiently to the lockdown measures and to imagine a more digital future.

On the European front, Firms such as Lydian, Aceris Law, NautaDutilh and DSM Avocats à la Cour have also told Leaders League that the transition towards an entirely remote activity was smoother than expected.

This sudden increase in the use of teleworking software has opened up new opportunities for the Legal-tech sector. Legal-tech companies such as Doctrine, a search engine dedicated to legal professionals, or legal practice management software Jarvis Legal have seen the demand for their services drastically increase.

The platform Doctrine has chosen to facilitate the research for its clients, confronted with new legal issues, by launching an information hub specifically dedicated to coronavirus, updating the orders and information daily.

"This faster access to legal information during Covid-19 remains an extension of our core mission: to facilitate access to key information in the mass of daily information.” - Doctrine

To facilitate teleworking, law firms also need tools to allow them to manage their activities remotely, to follow-up on their files and centralize documents and data in dedicated spaces. Jarvis Legal aims to fill these shoes, with their legal solutions.

Beyond the services provided by platforms such as Doctrine and Jarvis Legal, initiatives such as French startup Closd, a legal transaction management platform have emerged, to allow law firms and businesses to continue to carry out their deals and transactions remotely during the crisis.

“More than 500 new projects have seen the light of day and dozens of closings have been carried out since the implementation of lockdown measures", commented Grégoire Debit, CEO and co-founder of Closd.

International law firm McDermott for example, carried out the first e-closing of its kind on March 20, 2020, when advising Ubble, a French AI company in its fundraising campaign. The negotiation and conclusion of the transaction took place in an entirely virtual fashion, due to the strict lockdown measures. Another such virtual transaction is the partnership between the French energy group Engie, advised by Parisian firm De Gaulle Fleurance & Associés and Mirova an asset manager concerned with sustainable finance solutions.

“We are feeling a real acceleration in the move towards digitalization. This crisis is revealing legal tech players as real partners of legal professionals, committed to the survival of their business.”  - Grégoire Debit

From Virtual hearings to dispute litigations on the phone, courts of justice are also reinventing themselves in light of the ongoing crisis. The e-judgment handed down by a French court in Nanterre restricting Amazon's activity is a good example of the effectiveness of video conferencing tools for the legal sector. Under the March 25th ruling, in France, a civil judge can now decide that hearings be held by videoconference. If this is technically or materially impossible, judges can also decide to hear the parties and their lawyers by any other electronic means of communication, including by telephone.

In Germany, the federal parliament (Bundestag) has also adopted a new resolution enabling the works council to perform their work digitally, at least for the duration of the coronavirus pandemic. While the Act still has to be approved by the federal council (Bundesrat), it is not expected to object the proposed legislation. The ruling would allow works council bodies to adopt resolutions via video and telephone conferences, reported leading German law firm Beiten Burkhardt.

In this regard, the digitalization of the legal sector could soon become the new norm, with significant budget cuts coming their way and travel restrictions that might hold on until the end of the year, law firms will have to count on digital strategies to offer the small level of support of their clients and ensure their own economic viability during these uncertain times.

“We have learned that not all face-to-face meetings are essential. So in the future, when this crisis is over, we will remember this and work more virtually with our clients as we have been doing the past few weeks.” - Lydian