A historic $2.2 trillion package was ushered through the Upper House in record time. 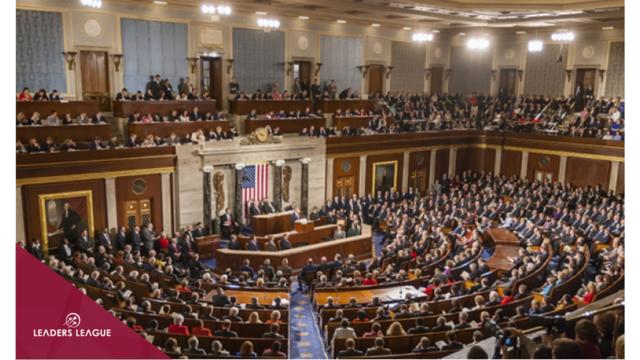 After several days of wrangling, continued pressure from Senate Majority Leader Mitch McConnell, and Democratic Senators’ insistence on provisions changed to benefit as many Americans as responsibly as possible, Congress’s Upper House voted 96-0 to pass the largest fiscal stimulus bill in American history. It will likely be passed by the Lower House tomorrow (Friday) morning, at which point President Trump intends to sign it immediately. Barely a week ago, the figures being discussed were $850 billion. We are now looking at $2.2 trillion.

The legislation, whose lineaments and limitations we covered in an article on Monday, includes one-off paycheques sent directly to 150 million American homes (costing around $290 billion), $500 billion in loans for corporations and local governments, $377 billion for small businesses (including zero-interest loans that could be forgiven if firms don’t lay their workers off), $180 billion boost for healthcare, and a four-month expansion of federal unemployment insurance costing $250 billion, with laid-off workers receiving $600 a week on top of state unemployment benefits.

Cheques worth $1,200 will arrive through the mailbox of most Americans, with an extra $500 for children. This will cover all households up to the $75,000 earnings threshold, at which point compensation will taper off to zero at $90,000; but Treasury Secretary Steven Mnuchin said the money will be sent “in the next few weeks”.

Many firms will be eligible for tax credits for employee retention, and be able to defer payroll tax payment for up to two years. The small business loans will become grants if covering employee salaries, rent, paid leave, utility payments, health insurance premiums or other worker protections; they also bar the business owners from pocketing the money. At the smaller end of the scale, the bill provides for a $75 million grant for the National Endowment for the Humanities and, in a surprising concession by the Republicans, $25 million for the Kennedy Center for the Performing Arts. (On this, Trump added magnanimously: “You know, it works that way. The Democrats have treated us fairly. I really believe that we’ve had a very good back-and-forth. And I say that with respect to Chuck Schumer.”)

Bumps in the road

Nonetheless, controversial provisions abound. Passenger airlines will qualify for $25 billion in loans, and may be able to access the same amount in grants, despite American Airlines spending $13 billion on stock buybacks in the last decade, and United Airlines spending $5 billion in half that time. Restrictions on executive salary increases for companies receiving bailout money, and on stock buybacks, are limited to two years. There is also $17 billion earmarked for companies deemed essential for national security, which pundits suggest will heavily benefit Boeing despite its recent safety lapses costing 346 lives after two separate crashes.

The bill could have been more limited if it hadn’t been whipped into shape at the last minute. Mnuchin had to counter four Republican senators’ reservations that the unemployment benefits would be an incentive not to try to find a job further down the line, while Democratic Senator Chuck Schumer insisted that the terms of the $500 billion in corporate rescue loans be disclosed to the public within a week. A key part of the legislation also stipulates that taxpayer-backed loans cannot go to firms controlled by any Congresspeople, White House officials or President Trump. There will be an oversight board a Treasury Department special inspector general to scrutinize the loans’ beneficiaries.

Will this be enough?

There’s no doubt that this is a historic bipartisan achievement; the $831 billion American Recovery and Reinvestment Act passed with 60 votes – literally the minimum needed – in 2009, with three Republican Congressmen voting for it.

And yet, the current colossal bill will likely not be more than a stopgap, as unpunctual as it is unprecedented. Controversially, the Senate intends to recess until 20 April, unless an emergency impels it to reconvene. It is hard not to see this entire period as an emergency, not least for the ever-swelling ranks of jobless Americans. Labor Department statistics released an hour ago revealed that 3.3 million Americans filed for unemployment benefits last week; the previous one-week record was 700,000 in 1982. The thousand-dollar one-off paycheques will simply not be enough for millions of Americans. And though many landlords have independently waived rent payments temporarily, there will still be countless evictions despite Congressional calls for mortgage and rent “holidays”.

President Trump’s promise to have kick-started the economy by Easter Sunday has rightly drawn much derision and lampoons aplenty. By then, thousands will have died and the number of cases will have rocketed into the hundreds of thousands. Much of the money from the bill could take until late May to arrive. By then, millions will still be unemployed or furloughed, and will have a tough time restoring their January salary levels before the fourth quarter.

By way of comparison, this stimulus bill alone is worth half of the US’s total federal spending in 2019. And given how rampantly the virus is spreading throughout the country, it is likely that a further enormous injection will be needed before the third quarter is out.