On August 27, the new Business Environment Law (Law No. 14.195/2021) was enacted in Brazil, as a part of the country's wider plan to simplify the setting up and operation of businesses, while improving its position in the World Bank's Doing Business ranking, a leading international index that identifies the ease of doing business in different countries around the world. Considering the improvements which this and other new laws have had on the Brazilian business environment, Nathalie Ciriadès Chiarottino, founding partner of respected São Paulo-based law firm Chiarottino e Nicoletti Advogados, has authored the following article analyzing the key changes resulting from Brazil’s evolving Business Environment Law. 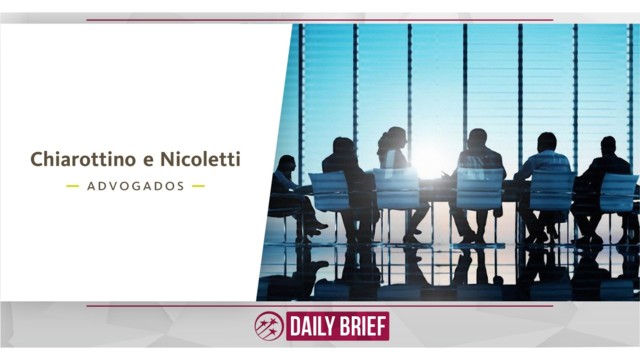 Although it apparently addresses “miscellaneous” affairs, such as, for instance, ease of starting a business, getting electricity, and the activity of sworn translator and interpreter, the coherence of such law becomes evident when one analyzes the performance indicators of the World Bank’s Doing Business ranking.

Brazil has seen consistent advances in law aimed at simplifying and digitizing processes that make it easier to start a business and achieve a better performance in all indicators above. That said, Brazil is expected to move up twenty positions in the Doing Business ranking, thus attracting investments and promoting growth. The Doing Business ranking emphasizes, among several interesting data, that, in the “starting a business” and “registering property” indicators, Brazil has in fact fostered reforms that aim to facilitate entrepreneurship.

Despite recent criticism over some biased analyses published in the Doing Business Report, it has been one of the main tools to analyze the business environment since its first release.

Of the 190 countries analyzed, Brazil occupied the 124th position in the 2020 Doing Business Report (New Zealand occupied the first place, and Somalia, the last place).

As for cross-border trade involving Brazil, it is worth mentioning that progress has been made to achieve greater dynamism, for example, with the provisions of Article 33 of the Business Environment Law, which allows translators and interpreters to perform their acts electronically (subject to the provisions of Law # 14,063 of September 23, 2020, concerning electronic signatures, another newly enacted and decisive law whose goal is to streamline the country’s business environment).

An interesting example that reflects the ease of starting a business is the initiative resulting from the partnership among the Federal, State and Municipal Governments to implement the system called “Balcão Único.” At first available in the city of São Paulo for some types of businesses, such as limited liability companies, this system allows companies to “skip stages” and perform five administrative acts in one: to obtain viability, the Basic Registration Document (DBE), registration, municipal enrollment, and licensing, all in a single form, free of charge, by logging in to the National Network for Ease of Registration and Legalization of Companies and Business (“REDESIM”) of the Federal Government.

By improving the business environment, Brazil may become a member of the Organization for Economic Cooperation and Development and (“OECD”) rather than just a Key Partner of it. Such new status would amount to a quality seal in the business environment, resulting in attraction of new investments, increased GDP and foreign trade, thus increasing the country’s sphere of influence and bargaining power worldwide.

Another law that facilitates entrepreneurship, it is Supplementary Law # 182, of June 1, 2021, the "Legal Framework for Startups, which was newly enacted.

One of the goals of the new law, as set out in Article 1, item II, is the implementation of measures to promote the business environment and increase the supply of capital for investment in innovative entrepreneurship.

In its Article 3, item I, the new law recognizes that innovative entrepreneurship promotes economic, social and environmental development. Item IV, in turn, mentions the modernization of the business environment as a guideline of the law, in view of emerging business models.

Among the various updates, a good example of how such law aims to facilitate entrepreneurship is specified in Article 8, items I and II, which provides that investors who make contributions to capital through the instruments set forth in Article 5, paragraph 1, items I to VII, such as stock subscription option agreements, stock option agreements, loan agreements convertible into ownership equity, investment contracts with angel investors, among others, will not be deemed members or shareholders and that, in such situations, they will not have the right to manage or vote in the administration of the company, as decided in the agreement.

Item II, Article 3 of Supplementary Law # 182, of June 1, 2021, on the other hand, specifies that investors will not be liable for any debt of the company, even if it files for court-supervised reorganization, nor can they seek piercing of the corporate veil (except, of course, in the event of fraud or colorable transaction with involvement of investors).

In order to expedite the process of setting up startups and innovation companies, the Legal Framework for Startups provides that startups can fit into the special regime of Inova Simples, a short and special process of gathering acts within the REDESIM Portal. On top of that, the companies that fit into the special regime of Inova Simples will be granted certain concessions with the Brazilian Patent and Trademark Office (“INPI”), which is the authority responsible for granting and guaranteeing intellectual property rights for the industry for the registration of trademarks and patents. However, this system is not yet available as it is under development.

Another law of paramount importance for the improvement of the business environment is the Economic Freedom Act - Federal Law # 13,874, of September 20, 2019. Its summary even calls it “Bill of Rights of Economic Freedom.” Such rule, which is quite impactful indeed, alters provisions of the Brazilian Civil Code, the Business Corporation Act, the Consolidation of Labor Laws, and of other laws.

New Article 49-A of the Brazilian Civil Code refers to the property autonomy of legal entities, which is a crucial aspect of entrepreneurship. Next, Article 50 provides the hypotheses of the piercing of the corporate veil: this can occur in the event of abuse of the corporate entity, which is characterized by deviation of purpose (when it is used to harm creditors and practice any illegal acts) or comingling of funds (mixing of funds belonging to shareholders, settlors or managers with funds of the company).

The new wording of Article 113 of the Brazilian Civil Code brings interesting rules for the interpretation of a legal business: the behavior of the parties following the completion of the business can confirm its meaning, as well as the use, conventions and market practices of a particular business; the meaning of the legal business must correspond to good faith and be more beneficial to those that did not draft the provision; besides, it must consider what would be more reasonable, which should be inferred from the context of the business, taking into account the information available at the time of its execution.

In light of the foregoing, there is a wide range of laws that seek to improve the business environment in Brazil and that will bring legal certainty and transparency to both its own citizens and companies and to foreign entrepreneurs and companies that wish to do business in the country.

Accordingly, important bills are also under discussion, such as those related to tax reform.

Finally, we stress the importance of and need for a tax reform in Brazil that can bring us remarkable benefits and important investments, thus reducing the much-talked-about Brazil Cost. In this sense, we emphasize that such reform would result in significant tax simplification and facilitation of the tax collection process.

Document issued by the Brazilian Federal Revenue Service that is required for the professional to perform any act as a legal entity; it streamlines the process of setting up businesses in the country