Mexico and the European Union have successfully concluded negotiations on a new, updated trade agreement. The pact will include provisions on investment protection and government purchasing. Mexico’s economy department said the pact will contribute to economic recovery after the coronavirus pandemic. Alexis Michel, a partner at Mexican law firm SMPS Legal who focuses his practice in foreign trade, gives us his insight about this new agreement. 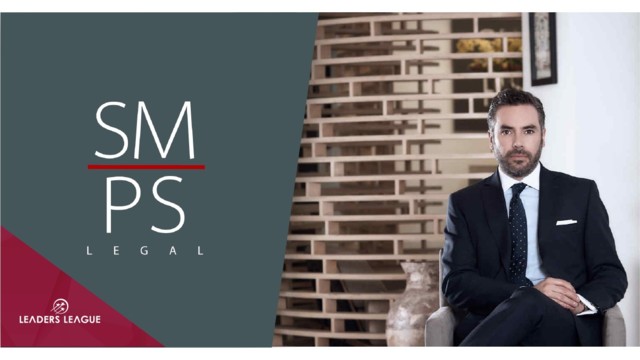 Leaders League. What do you think about this new version of the trade agreement? How will it change EU–Mexico relations in your view?

Alexis Michel. The modernization of the European Union-Mexico FTA is part of the strategy to strengthen and deepen relations with other major trading partners outside the NAFTA sphere.

Aspects of the current agreement, such as government purchases or rules of origin, have been updated according to the current circumstances. There are also new chapters that were not even referenced in the original agreement, such as electronic commerce, good regulatory practices, state enterprises, trade and sustainable development, and trade capitalization.

Likewise, an investment chapter has been created that contains provisions on investment protection and dispute settlement through a new investment court system. The agreement also seeks to encourage trade by small businesses (SMEs).

In general, the new agreement:

Where do you see the most interesting opportunities for Mexican companies in Europe?

Since the new agreement will eliminate tariffs on Mexican products such as orange juice, tuna, honey, agave syrup, fruits and vegetables such as asparagus and bananas, pork and beef, among others, it is expected that Mexico's exports to the European Union will increase.

In addition, emblematic products of Mexico will be protected such as the ataulfo mango, coffee from Veracruz, vanilla from Papantla and handicrafts such as talavera and olinalá according to the special status known as a “Geographical Indication” which lets consumers know that they are the genuine article.

Furthermore, the agreement opens the door to foreign direct investment and protects investments between the EU and Mexico. It fully implements the EU's new approach to investment protection and investment dispute settlement by replacing the old system of investor-state dispute settlement with the new investment court system, which guarantees transparency and the right of governments to legislate in the public interest.

This system follows the same approach as that adopted by the EU in its recent agreements with Canada, Singapore and Vietnam.

And what about European companies? Which sectors do you think they will find more opportunities in?

Mexico is the second largest economy in Latin America and the 15th largest in the world in nominal terms, according to the International Monetary Fund. It promotes similar values to the EU, including open and fair trade based on international rules.

In this respect, the new agreement will:

Mexico imposes high tariffs on imports from the EU such as:

Under the agreement, Mexico will get rid of almost all of these tariffs so that:

The agreement aims to increase the use of international standards, while maintaining the levels of protection that each party considers appropriate. This means that EU exporters will not have to have separate production lines for the goods they export to Mexico.

Moreover, thanks to the agreement:

The agreement also contains provisions on fees and formalities and the processing of import and export licenses. For example, it will facilitate the shipment of products between Mexico and the EU for repair, and their return.

The EU is a major producer of distinctive regional food and drink products such as Parma ham, Parmesan cheese, Italian Prosecco and Irish whiskey (Geographical Indication). It also allows European producers to earn a premium for the quality of their produce and makes sure that they are not being copied abroad.

About a hundred EU spirits with geographical indications are already protected under the EU’s existing agreement with Mexico. Under the new trade agreement, Mexico will protect an additional 340 European Geographical Indications on wines and food. This means that EU producers of traditional delicacies are not struggling against copies, and when consumers buy these products, they can do so knowing they are buying the real thing.

The new agreement includes a comprehensive chapter on major intellectual property rights (IPR). It ensures high levels of protection and enforcement of these rights. Likewise, the agreement includes the EU definition of industrial designs, including complex designs.

The agreement also includes the most significant parts of EU legislation on the scope of protection of trade secrets and the relevant procedural rules.

Under the new agreement, Mexico has agreed to:

Anything you want to add?

It should be noted that the agreement has a chapter on sustainable development that covers issues such as workers' rights, the environment and climate change.

The EU will continue to support projects implemented by non-governmental organizations to support human rights, social cohesion and security in Mexico, as well as the role of civil society.

The new agreement will allow the EU and Mexico to discuss a number of issues, including human rights, with civil society in particular:

In relation to the environment, the EU and Mexico have agreed that the trade agreement they conclude should support existing environmental legislation and not lower or weaken it.

The agreement prohibits either party from "racing to the bottom". Therefore, they should not unduly encourage trade and investment by derogating from environmental laws or failing to enforce environmental laws.

Furthermore, in the new trade agreement, the EU and Mexico commit to implement all the multilateral environmental agreements they have signed, including the Paris Agreement on climate change.

Another important point in the new agreement is that it seeks to prevent and combat corruption.

The EU and Mexico will combat money laundering by ensuring that the identity of the true holder of a bank account, trust or fund (the "beneficial owner") is always known and that tax, judicial and other competent authorities have access to this information.

The new agreement also seeks to encourage trade by small businesses. Smaller exporters are disproportionately affected even by smaller barriers because they don't have the time or resources needed to overcome them. That is why the new agreement has whole chapter. The purpose is to make it easier for exporters to find out which rules apply to their product, make regulations more transparent and simplify customs procedures.

These improvements will be especially helpful for small businesses, since it would:

Smaller companies will benefit from: