“The change with the greatest impact is the establishment of administrative infringements against industrial secrets”.

The Ley Federal de Protección a la Propiedad Industrial, a new piece of Mexican intellectual property legislation, came into force on November 5th, 2020. We got the thoughts of Leticia Natividad, founding partner of Mexican law firm BIP Legal, about the most significant changes it will bring. 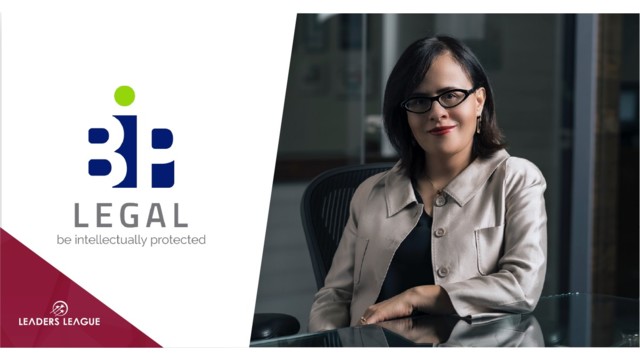 Leaders League. Complementary certificates to patent validity have now been introduced. How significant a development is this?

Leticia Natividad. In accordance with the Mexico-USA-Canada Free Trade Agreement in force since July 1st, 2020, the LFPPI has established the possibility of extending the patent term through complementary certificates.

When the process of obtaining a patent takes more than five years, a complementary certificate may be requested for extending the patent term for up to five years, applying the formula of one additional day per every two days of delay attributable to the Mexican Institute of Industrial Property (IMPI).

Despite the fact that most patents in Mexico are granted in less than five years, the inclusion of the complementary certificates is significant, not only because patent holders will be able to compensate for delays in prosecution, but also because greater certainty is granted to the patent system by establishing when and how complementary certificates can be granted, thus reducing the need to litigate patent extension issues, as has happened with highly publicized cases of pharmaceutical patents.

What are the main changes the new law brings as regards trademark oppositions?

With the new law, the opponent will no longer be able to effect the cancellation of the granted registration based on the same arguments and with the same pieces of evidence that were already submitted with the opposition. This prevents the same conflict from being ruled on in two different proceedings, but forces the opponents to decide between opposition or cancellation action, which might be considered as a limitation of rights.

The defense of industrial secrets under the former law was almost non-existent in Mexico, mainly because it was only through criminal proceedings in which it was difficult to prove the existence and the violation of the industrial secrets.

In the new law, some formal requirements were modified and/or eliminated; however, the change with the greatest impact is the establishment of administrative infringements against industrial secrets. With this, their defense can now be carried out through administrative litigation before IMPI, or where appropriate through civil or criminal proceedings.

Are there any changes regarding IP violations and damages?

In my consideration, major changes in the new law have implications for IP violations and damages.

Fines for IP violations have been substantially increased and  IMPI now has the authority to not only impose them but also to claim and collect such fines.

Regarding damages, in the past it was necessary to exhaust an infringement proceeding before IMPI, as a pre-requisite to claiming damages before the courts. As a result, the IP holders did not claim damages.

The new law has established two alternatives for claiming damages:

Before IMPI, once the infringement procedure has been concluded.  Directly via the courts, without the necessity for a declaration of infringement from IMPI.

Although this mixed system is not optimal, it is expected that it may prove more effective for the full enforceability of IP rights in Mexico.