Ten of the Best - France 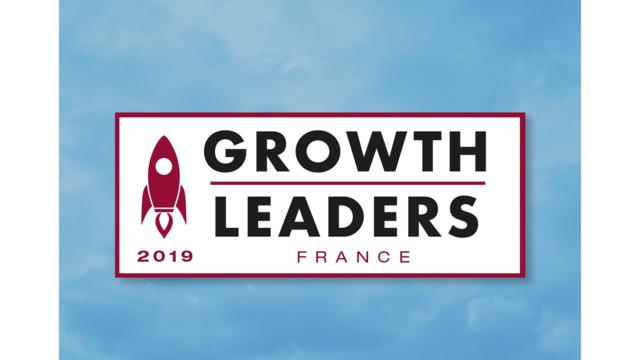 The mission of this company founded in 2009? To help customers accelerate their environmental and social transition while benefiting from a return on their investment. To reconcile economy and ecology, Greenflex has developed three main activities: firstly, the establishment of diagnostics and strategies of environmental performance, secondly, the reflection on the brand image and finally, assistance in seeking financing for the energy transition. This model has attracted more than 700 customers and enabled the company to reach a turnover of 406 million euros in 2017 and open fifteen offices in Europe. At the end of 2017, the company was acquired by Total, which should enable it to support its European growth and continue to spread the word of goodwill among large companies.

This jewel of the French medtech, specialized in nuclear medicine, uses low radioactive charges for the diagnosis and treatment of cancers and neurological diseases. One of its authorized treatments in the European market, Lutathera, used against neuroendocrine tumours of the mid-gut, combines a molecule and a radioactive isotope able to radiate for a few days and as close as possible to the cancer cells. The acquisition by Novartis has allowed the group to accelerate its R&D and market presence – that of nuclear medicine – which is expected to reach $7 billion by 2021.

After having established itself on the French market of private sales dedicated to sport, the Montpellier company has chosen to pursue its growth in Belgium, Italy and Spain. With 8.4 million users, Private Sport Shop offers its community preferential rates on a range of sports items ranging from swimrun to trail, and basketball to horseback riding. Its growth – 78% between 2015 and 2017 – has attracted the attention of Bridgepoint Development Capital, which has specialized in companies capable of reaching one billion euros in turnover. The next goal is to become the European leader in private sales of sporting goods.

Producers and processors of vanilla, the Paris-based company has experienced double-digit growth for a decade and dominates 7% of the global market. This growth was driven by the sharp rise in the price of the pod and the increase in demand for natural vanilla, especially internationally, in China and the Middle East. In order to meet the expectations of artisans and the food industry, the company has developed the range of its processed products, from powder to vanilla paste. Eurovanille has also decided to invest in basic research and deciphering the genome of vanilla planifolia. The objective? To improve pod quality and select disease-resistant seedlings. This is exactly what is needed as the club targets 50 million euros in turnover in the short term.

Giving a second life to your smartphone, this is what Recommerce Group offers. Founded in 2009, the company resells used phones to support charities. Recommerce has expanded its business by recovering smartphones from major telecom operators and offering refurbished models in major French retail chains from Fnac-Darty to Boulanger, without forgetting eBay. Sixty-thousand second-hand phones find a new owner every month thanks to Recommerce Group. In February 2018, the company raised 50 million euros in order to accelerate development across Europe.

The Brittany startup offers network and information systems management solutions for the Internet of Things (IoT) turnkey. The company, which has chosen the open-standard LoRA, orchestrates the different technological bricks needed for IoT. It ensures everything from deployment of sensors to supervision the networks. Its solutions have already been adopted by Orange, Comcast and Softbank. In 2018, Actility raised 70 million euros and saw Bosch and the Mulliez family become shareholders. This is a great indicator for the future since Actility wants to convert more industry and energy stakeholders to IoT. This rise will first of all allow it to develop its IoT management platform, ThingPark. This will allow it to be at the heart of the market, remaining compatible with different IoT standards currently in competition. Actility has already announced the development of offers from other standards, such as LTE-m and NB-IoT.

Paper diaries have not gone out of fashion, even in the digital age. Quo Vadis, the inventor of the pocketbook diary in 1952, sells more than 8 million per year, capitalizing on our attachment to paper and customization through QuoVadisFactory.com. In 2018, it surfed the bullet-journal wave which saw the paper diary find favour among millennials, by proposing a life journal. Quo Vadis has focused on diversification by developing a range of licensed stationery products – film characters, sports clubs, and singers – for school and student audiences. To complement its paper diaries, which represent 90% of turnover, the group has developed digital support tools and is now targeting the professional market by offering, since summer 2018, Quo Vadis Cal, an all-digital diary which draws on its decades of experience.

How to manufacture clothes in France and become profitable? This puzzle was solved by Le Slip Français and its founder Guillaume Gibault. Le Slip Français focused on e-commerce by offering products – underwear – adapted to this mode of consumption. The brand's success owes a lot to news-based advertising campaigns – such as the 2012 presidential election – and to their smart use of social media. The acceleration of growth, with a turnover of 3.7 million euros in 2015 to more than 13 million in 2017, has allowed the company to widen their range of products and to open a dozen physical shops. The entry of new capital, with the 8 million euros provided by the investment fund Experienced Capital Partners, should allow international development, always open to buying what’s made in France. Six years after its creation, profitability is at hand.

The Parisian company was chosen in February 2018 by the publisher Albert René to turn the adventures of Asterix into a video-game. In November, Anuman released a remastered version of Asterix & Obelix XXL 2: Mission Las Vegum for PS4, Xbox One, Switch and PC and announced the launch of Asterix & Obelix XXL 3 for 2019. Created in 2000, Anuman Interactive offers software for practical life or adventure gaming and has taken the turn of smartphone applications by exploiting licenses like Garfield and the Bluecoats.

Two billion: that’s the number of emails sent each month via Mailjet's emailing platform. The company, founded in 2010, offers complete solutions for sending emails (transactional and marketing) as well as SMS’. It has developed mailing building tools and collaborative work for marketing teams and campaign monitoring. Mailjet's approach, which is based on improving personalization and deliverability, has earned it 100,000 customers around the world.