‘Tax stability is a guarantee for operators’, interview with Marta Cabezas and Álvaro Lobato, Hive Legal

Investors targeting Spain should be aware of the new developments included in the Government's tax agenda. 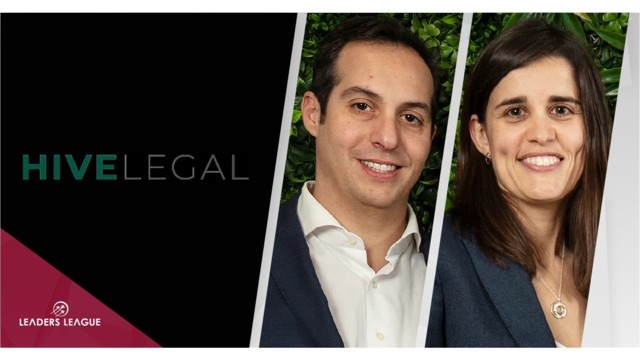 LEADERS LEAGUE: When making investments in Spain, what aspects of the country’s tax agenda should be considered?

Marta Cabezas González and Álvaro Lobato: Without a doubt the most relevant issue when making investments in Spain is the change introduced in relation to dividends and profit shares. In 2015 a participation exemption system was introduced for dividends and capital gains derived from the transfer of shareholdings.  A model that reproduced that used in other jurisdictions where large holding companies are traditionally located. The regime required a minimum holding percentage of 5% or that the investment be greater than €20M, provided the entity carried out a business activity and the holding was held for a minimum period of one year.  This meant a change in Spain's strategy in the configuration of mechanisms to avoid double taxation, which was welcomed by operators. In addition, we believe that it encouraged the arrival of foreign investors and Spanish companies to consolidate their process of international expansion.

If the draft law is passed in the terms proposed by the Government, the participation must necessarily represent 5% of the equity regardless of the value of the participation.  However, most importantly is that the exemption will be limited to 95% of the income obtained. Unfortunately, this measure for international investors generates confusion because it modifies a regime that will finally be in effect for only five years. Tax stability is a guarantee for operators and we remain confident that the Spanish market will continue to be an interest option for foreign investment.

In any case, the companies are trying to limit the impact of the regulation by distributing accumulated reserves before the new law becomes effective.  We have not perceived that they are anticipating disinvestments since their maturity period is more indeterminate, nor is the economic situation derived from the COVID particularly favorable.  Also, the period for implementing the transfers before the end of the year is particularly short.

On the other hand, we would like to emphasize the updating and expansion of the concept of tax havens, which are now called non-cooperative jurisdictions. They will include those territories that facilitate the existence of offshore companies to attract profits without real economic activity, those where a lack of transparency is detected, where there is no effective exchange of information or where there is little or no taxation. Although we must wait for the publication of the final list, which the regulation anticipates will be "dynamic", we believe that it will be in line with the list published by the Council of the European Union on October 6, 2020.

Although it hasn’t generated a lot of attention, we would also highlight the preliminary draft of the transposition into Spanish law of the ATAD 2 Directive and which regulates the so-called "hybrid asymmetries."  Those that take advantage of the differences in the qualification of the sources of income between States. This EU regulation package, together with the BEPs, will set the guidelines to be followed by international groups in the coming years.

All these changes require a detailed review of the corporate structures with interests in Spain. The trend will be to simplify them by limiting the number of overlapping entities to minimize the impact on dividends, the review of financing instruments in investment processes and the re-domiciliation of entities currently located in jurisdictions that will be considered non-cooperative.

What is the scenario for investment vehicles in 2021?

Despite the varied information that was originally published on the Spanish government’s proposal effecting tax treatment of investment vehicles by substantially reducing their tax incentives, the draft law does respect the existing incentives in Spain for SOCIMIS (REIT) and investment funds. Therefore, we anticipate that in the standardization of the tax treatment that exists for these products in the Euro Zone, Spain will fortunately not be an exception and will maintain the uniqueness of the system of tax-free transfer of investment funds until the investor decides to change his investment strategy to other products.

As far as Investment Companies with Variable Capital (ICVC) are concerned, despite the fact that none of the draft laws that are in the parliamentary phase make reference to them, in the last few weeks different members of the Government have made statements questioning whether they are true Collective Investment Institutions, and with this there is a debate about whether a beneficial tax regime should continue to be applied to them.  For this reason, these sources have suggested that all investors could be required to have a minimum investment of €2,500 in order to avoid this mechanism.

Pending confirmation of whether the statements will be included in the draft texts to be approved soon, or whether they will once again be left out, the truth is that this type of vehicle have been targeted by different governments for several years.  This generates uncertainty among investors who are opting to redomicile their ICVC in other European jurisdictions with more flexible regulations, particularly in Luxembourg. Having participated in various ICVC transfer operations in recent years, we cannot help but wonder whether it makes sense in a single market for Spanish regulations to stricter.

It is important to note that the regulation also respects the beneficial treatment of Unit Link life insurance, which with the regime anticipated by the proposal for law announced in 2019 would lose a large part of the advantages that it will ultimately continue having. In particular, the income tax deferral regime is maintained, which together with the non-seizability was the main appeal of this product. It is true that with the modification of the valuation rules in the Wealth Tax the surrender value of this type of insurance will have to be included, but it will continue to be an optimal vehicle for succession planning, particularly interesting in cross-border cases.

Although it is not of the highest importance, it should also be remembered that the reductions established for personal contributions to employment plans are very restricted with their limit of 2,000 euros, which allows for an anticipated displacement of private investments that until now were articulated through this type of product in favor of the PIAS (Plan Individual de Ahorro Sistemático).

"The most relevant issue is the change introduced in relation to dividends and profit shares”.

Is there an additional strategy to be considered in the face of rising income tax rates and the arrival of a homogenized IP?

In general, the reform determines an increase in the progressive rate of personal income tax, up to a maximum of 47%, and also increases the maximum rate of income derived from savings and capital gains to 26%. In an environment of rising effective rates, tax planning becomes an essential element, and an individualized review is fundamental to face 2021.

In this sense, long-term compensation systems, which allow for the mitigation of taxes, and the use of deferred vehicles are particularly important. As Spain is a very popular destination for executives seeking international experience, the system for Impatriate professionals is maintained, which allows an effective rate of 24% to be applied for 5 years for remuneration of less than €600,000, after which the applicable rate will be the marginal one.

In addition, the Government also has on its agenda a generalized implementation of the Wealth Tax. These powers had been transferred to the various Autonomous Communities until now, which had led to a great difference in the tax burden between regions, to the extent that some had limited it to an information obligation without an associated tax.  Some regional governments are expressing strong opposition. In this context, everything seems to indicate that this measure will be much debated and will foreseeably be settled in the courts.

In any case, leaving aside the controversy, it is always advisable to review the configuration of the income to try to adjust the income/equity clamp as much as possible and review the main tax benefit which is the Family Business exemption. Its impact is very high given that these companies represent a large part of the country's business fabric. Due to the definition in the Wealth Tax also affects its transmission between generations, given that its scope also extends indirectly to the Inheritance and Donations Tax. The proposal hardens the requirements to enjoy the exemption, and it will affect very specially to the familiar Companies of 3º or 4º generation since it increases the percentage of individual participation to 20% and the familiar one to 40% to be able to access it.

However, its accessibility has always been very complex, and has required families to continuously review its correct compliance on an annual basis. Nevertheless, the degree of observance in its correct application had relaxed in those regions that had left this tax without effect. The provision for the reintroduction of the Tax has once again put the Family Business exemption in focus and we are receiving many requests to review and adapt them in the event that it is finally standardized. In addition, it is common for families to confuse the fact that the company they run meets the requirements for exemption from the tax with the fact that the entire value of the company is protected from taxation. In reviewing these cases, it generates a lot of surprise that, even if the requirements are met, the exemption is not reached for 100% of the value of the company.