The new advisory board member at C&S Partners discusses Russia’s energy troubles and the problems with the current energy transition discourse. 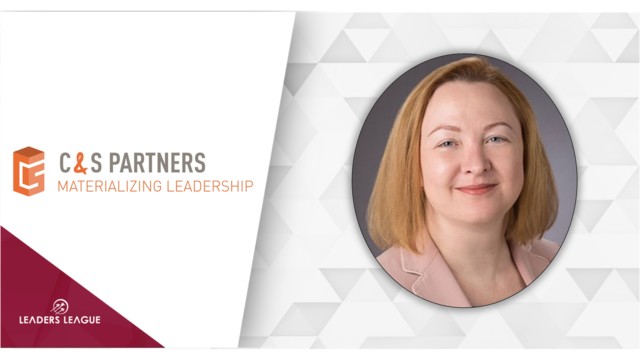 Could you summarize some of the most interesting and important things your research as an economist and professor has unearthed?

I started my research as a purely oil and gas person, and for the first decade I was just looking at the global oil and gas markets – pricing, upstream development, downstream markets, and regulation. It was extremely exciting and interesting. But by the middle of the last decade, I started to realize that my beloved hydrocarbons were not the whole reality in the energy sector. I began to study the power sector, renewables and hydrogen. I discovered that there was an energy transition ongoing, of which I had no idea! It was a fascinating journey to find out the technological and regulatory components of the transition.

This was in 2012-’13. We began publishing NEO Global & Russian Energy Outlook, for which we built our own modelling complex with a number of global models – an extremely exciting way to systematize all our knowledge of the energy system, and the assumptions behind various energy sector development scenarios. The last Outlook was published in 2019. It let us test different ideas, conduct deep dives into different technology, and assess different regulatory approaches.

Some projects, especially technological ones – and of these, especially ones centered around hydrogen – have been very interesting to look into. We’re preparing an update of our 2019 issue accordingly. We are also working on the regulation and economics of CCUS [carbon capture, usage and storage], and on decarbonization studies in oil and gas. Putting together these climate, regulatory, technological and economic issues has been hugely enjoyable for me.

Being a Russian energy economist, you cannot avoid geopolitics. I don’t love it – I get sick and tired of Nord Stream 2 discussions, for example! But when discussing big oil and gas projects, we can’t avoid that angle. Ukrainian transit, Arctic development, the geopolitics of energy transitioning – these are all interesting topics.

You’ve said before that Russia lacks the expertise to develop new complex projects, which could mean that its oil output has already peaked – especially in light of sanctions. How can Russia best address this situation, besides pivoting towards renewables?

This is one of the most painful and challenging issues for Russian authorities. It’s not just sanctions-related: it’s difficult to develop areas such as the deep Arctic without Western technology. There are other opportunities – with enhanced oil recovery, for instance – that don’t need all these sophisticated and advanced methods. But the quality of reserves in Russia is deteriorating very fast. The success rate on the exploration side is not sustainable given current demand.

Russia’s peaking supply is also because of OPEC Plus arrangements. Strict commitments that were forged in April 2020 mandate a strong decrease in oil output. Work towards this will continue until 2022; looking at today’s situation, it may well be prolonged. Such arrangements reduce output.

The third component is taxation. Russian authorities have been talking for the last 20 years about moving from volume-based tax to profit-based tax, but progress has been limited. They’ve started some very limited experiments. There are no incentives for companies to go for new technology or enhanced oil recovery, because their profits will get taxed. The Russian government will have to adjust its tax vision to make it more favorable, and allow for more cooperation between Russian and international companies, which has been very limited since 2014 and not welcomed at all. It’s know-how and experience, not just technology, that we need.

Wouldn’t such a tax be good? Wouldn’t it force Russia’s energy companies to pivot towards renewables?

That could well be. Currently there is only one mechanism of renewables support: capacity allocation agreements, which is very funny when talking about very intermittent renewable capacity! It’s a sort of green tariff that’s spread across all electricity consumers. It’s not a state subsidy: it’s reallocation of energy payments between consumers. No tax breaks, no grants, no financial support. That’s one explanation why the share of renewable-driven power is less than 1%.

The second component is about the stakeholder interests and the lobbying power. The whole Russian political and economic system is based on hydrocarbon revenues and the role of national oil and gas champions and their control of the cashflow. They are extremely important players and are not happy about transitioning towards green energy. So far, they have been able to convince the authorities that they need support – that they need tax breaks, at least for new frontier projects; that they, not renewables, need state funding. Oil and gas has the strongest and most powerful personalities.

You mentioned capacity allocation agreements work. Could you explain how they work?

There’s an auction where different generating companies make bids on providing, for example, 1GW of solar capacity within four years at a certain price. The cheapest bid wins. The agreement is signed between the generating company and the regulator, guaranteeing a 17% rate of return for these investments for the next 10-15 years. The generating company can borrow money from the banks, because it’s 100% guaranteed that their investment will be paid back. Energy generated using this will enter the electricity network and be delivered to consumers; the price will be paid equally by all consumers, spread between everyone, whether you’re consuming green electricity, nuclear electricity or geothermally generated electricity. It’s attractive for the generation companies because they shoulder no financial risk, but it’s not inspiring for consumers, because they have to pay without the security of green certificates. There is increasing opposition to this way of doing things.

The Russian economy has been mostly stagnant for a decade, with barely 1% in annual GDP growth. There is therefore no real growth in electricity demand. There is already massive overcapacity in the market; the unutilized capacity is approaching 30% of all installed capacity. Putting in additional new renewable generating capacity is a challenge, because there is so much spare capacity.

How competitive is the Russian market for renewable energy providers?

Rosatom is very active in wind energy; Enel and Fortum are active international companies. So it’s not a monopoly. But the state prescribes where the capacity should be located. All the innovation and creativity that a free market could provide is simply not applicable.

You’ve also explored the growing energy cooperation between Russia and China. Could you outline what this looks like, and its potential impact on geopolitics?

We wrote about this in 2015, by which time there were high expectations of future development of this cooperation. The ESPO (Eastern Siberia–Pacific Ocean) oil pipeline had begun to work at full capacity, and the “Power of Siberia” gas pipeline had just been contracted. Russia was pivoting towards the east, opening a window for a huge energy alliance. Even by then, we argued that the picture wouldn’t be that rosy: many projects under discussion had failed or never came to life. There were also commercial contradictions. Chinese companies were ready to invest, as long as they got equity shares or strong supply chain dominance; these exclusive rights in order to invest in any developments were not politically palatable.

Over the last five or six years, our concerns were proven to have some grounds. We haven’t seen a single major success story in Russian-Chinese energy cooperation since the 2014 Yamal LNG project, in which China is a key partner through CNPC (China National Petroleum Corporation) and the Silk Road Fund. As China is now announcing net zero carbon emissions by 2060, it is not clear what its call on hydrocarbons will be over the next couple of decades – whether it will invest in Russian renewables, or build up capacity in China.

There is now huge uncertainty. The real bilateral strategic alliance has failed to happen. We see a commercial relationship, but no exclusiveness between the two nations, and I doubt we can expect anything different. In many cases, these negotiations are used by both countries to send a message to the US and Europe – part of a geopolitical game rather than realistic projects and investments. But it will remain part of this geopolitical landscape for quite a long time, at least for the next decade. Once again, we will not actually see any large-scale massive energy projects that will really unite the two countries.

The energy transition is obviously a key theme for you professionally. What are some of the elements of this that don’t get talked about enough?

It depends on the regime in countries like Russia, China and India. The climate discussion is not yet sufficiently developed to set the scene for energy transition discussions. Without understanding climate drivers, it’s hard to know why to go for new energy sources. In many parts of the world, people are occupied by local air pollution, not by global CO2 or climate change.

The second blocker is diversity in energy transitions. Definitely there’s a difference between Norway, which has a lot of hydropower and gas and good projects for hydrogen production; China, which foregrounds coal; and Saudi Arabia, which gets most of its energy from oil. The initial structure of the energy sector; the core assets that are already in place; the consumer habits and availability or absence of subsidies; the level of energy efficiencies – these starting points define differing transitional paths.

We’re all heading for a net zero future, but how exactly can we reach it – reducing hydrocarbons, or going for CCUS for coal plants and renewables, or blue hydrogen and CCUS in the case of dominant hydrocarbons? All these options are possible as long as they lead to net zero, and all are acceptable. The notion of tech neutrality states that there could be other pathways, not just relying on renewables, as long as the tech leads to real emissions reductions. We need tolerance, and not the expectation that all countries follow the European trajectory.

In the rest of the world, except Europe, Japan, Korea, the US and Australia, there is resistance. But we have a different idea of how to reach these goals, and which energy mix will be more appropriate for our geographic, demographic situation and existing assets. We can’t afford everything that California can afford. This inclusivity of visions is important.

Not many people are talking about energy poverty and the energy transition in Africa, though it’s a huge challenge. If the problem isn’t solved for the poorest countries, global emissions will still be too high. It’s not just about specific communities – what to do with the coal miners, what to do with the oil cities – but about access to clean, green energy for everyone, by whatever means necessary.

What do you think you will be able to bring to C&S Partners as a member of its advisory board?

I’m always trying to systematize information and build a vision. This helicopter view – though maybe sometimes a little too elevated! – provides a system or framework into which data can be input.

My experience on the boards of Schlumberger and Novatech, both undergoing an energy transition and both very smart and adaptive companies, are leaders in this field. Being inside the corporate body at both organizations yielded useful perspectives.

I hope the combination of these two perspectives will provide some value!