Tarek Houdrouge (Schellenberg Wittmer): “Our client-base and work in Africa has increased significantly"

A young and dynamic partner at Schellenberg Wittmer, Tarek Houdrouge has a strong expertise in a banking & M&A practice that’s unique in the Swiss market. Geneva-based, he has built up a client base in French-speaking Africa. Here he reflects on the present and future of his profession and practice. 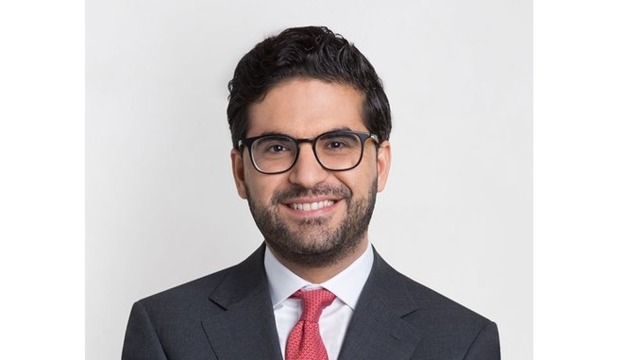 LEADERS LEAGUE. How has the Swiss M&A market developed over the last twelve months? On which cases has the firm distinguished itself in that time?

Tarek Houdrouge. In Switzerland, available reports indicate there was an increase in both the number and value of transactions (vs. in 2017). Swiss M&A activity to date is characterized by larger deals, in particular in the pharmaceutical, energy and industrials & chemicals fields. Swiss companies are still looked at actively by foreign investors in cross-border transactions, in particular private equity investors (mainly from the US, China and Europe). The strongest M&A activity observed so far was led by strategic drivers, such as acquiring technology assets, expanding customer base, diversifying products or services, digital strategy and/or talent acquisition. In 2017/2018 the team at Schellenberg Wittmer worked on a number of high profile cases that were heavily featured in national and international media.

Recent examples of Schellenberg Wittmer’s work include: acting as Swiss legal counsel to SIX Group in the strategic partnership with Worldline to become the largest European provider in the payments services industry for a consideration of around CHF 3 billion, the acquisition by Bouygues Construction of Alpiq Engineering Services for CHF 850 million and the acquisition by Cardinal Health of Medtronic’s Patient Care, and Deep Vein Thrombosis and Nutritional Insufficiency business for $6.1 billion.

We also mentioned the uncertainty over fiscal policy in the country. Does the situation remain unchanged?

Switzerland is undertaking a significant reform of its corporate taxation legislation. A first version of the reform was rejected in 2017 by popular vote, which created some uncertainty over fiscal policy. However, a new reform, “Projet fiscal 17,” led by the Federal Council is currently ongoing, which should ultimately lead to, among other things, a reduction of the ordinary corporate tax rate in some cantons. (e.g. the expected tax rate in the canton of Geneva should be around 13.5% or 16%, while in the canton of Vaud the population has already accepted to reduce the tax rate to 13.79% from 2019). This taxation reform will allow Switzerland to maintain its fiscal attractiveness while complying with the standards of the Organisation for Economic Co-operation and Development (OECD).

You specialize in banking & finance, M&A, corporate and commercial, private equity and venture capital and capital markets, blockchain technologies & fintech. How do you create synergies between your different areas of expertise?

The consolidation trend in the banking industry is ongoing, in Geneva in particular but also worldwide. It is one of the factors that creates activity in banking M&A. For such banking M&A transactions, a regulatory background is mandatory, which is why we put together a team composed of members of our M&A and banking & finance departments. Corporate governance in regulated financial institutions is also a good example of where combined expertise is required to address the complex regulatory environment as well as any corporate issues that we may face (typically potential liability of members of the board of directors and conflicts of interest).

Finally, technologies and digitalization are also factors that create links between areas of expertise, especially for blockchain technologies and fintech, where new corporate and regulatory issues arise simultaneously as these fields are continuously developing.

How do you work alongside the other departments at Schellenberg Wittmer?

Collaboration is key. We always ensure we have the best team in place for clients, while always considering efficiency and cost-effectiveness. Each team’s in-depth expertise and experience are necessary to serve the best interests of clients, and the collaborative nature is one of the main attributes of the firm’s culture.

As we are a fully integrated law firm – a key distinction from most of our competitors – seamless synergy is naturally encouraged, in particular in our M&A practice where the support of other groups is often required, such as competition, IP/ICT, life sciences, taxation, employment, real estate, etc.

You are one of the few Swiss lawyers to have developed a client base in French-speaking Africa. What actions have you recently undertaken on the continent?

Our client-base and work in Africa has increased significantly. We have added matters in the financing of construction projects, implementation of African groups in Switzerland, acquisition of logistics and international transport companies based or active in Africa, advice to investors in the financing and acquisition of hotels in West Africa, creation of joint ventures in the telecoms sector and assistance in private equity deals in North Africa. I am pleased to have formally established myself as head of the Africa Desk at Schellenberg Wittmer, which will be officially launched in October 2018.

Is opening an office in Africa something you are actively thinking about or would you rather operate from Geneva?

In today’s digital and connected world, we are currently able to perfectly serve Africa-based clients from our offices in Geneva, Zurich and Singapore, with periodic visits.

You are a member of the New York and Swiss Bars. How does being in both benefit your day-to-day activity?

I believe having an understanding of the sophistication and advanced level of American legislation helps in applying a different view and staying connected with the Anglo-Saxon style of practicing law, which is essential for matters involving US/UK clients or counsel. Our law firm is strongly involved in many complex international matters, including high-profile cross-border transactions or distribution of financial products. Being New York Bar qualified also means international clients (especially those from the US) are more comfortable in dealing with someone who understands their legal system well.

What are your thoughts on digitalization in your professional practice?

Current digitalization and technology help efficiency, client management, and it allows us to do more things more quickly. In this sense, it can definitively be a boon for our profession. However, many digitalization thought leaders see the future of full digitalization and AI taking over happening sooner than we think, with drastic changes near. The development and upgrading of “robot lawyers” already has an impact on large-scale investigation, due diligence and e-discovery, areas where lawyers may lose importance. These changes may be a threat if lawyers are not able to adapt and at this point, it is difficult to predict the evolution of our professional practice. In my view, lawyers will be less involved in routine legal work, but will continue to develop their work as trusted advisor/counsel and highly skilled expert in technical matters. Our firm is adapting by focusing on innovation, in the short and long term. We recently created the dedicated role of Head of Digital & Innovation in charge of the firm’s digital, innovation and strategy.