Swiss leading the way on emergency coronavirus loans for SMEs

While nations around the world have promised financial support to small and medium-sized enterprises (SMEs) struggling due to the coronavirus crisis, banks' performance in terms of providing such support has been mixed. 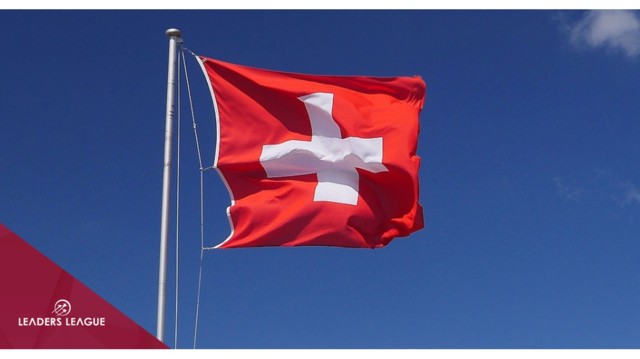 Among the top performers have been banks in Switzerland. According to reports, Swiss banks issued $15 billion of SME loans within the first week of the scheme.

This in stark contrast to the US, UK and Germany. In the US, banks were supposed to be ready to issue loans under the $350 billion paycheck protection programme on 3 April, but of the biggest lenders, only Bank of America (BoA) and JPMorgan Chase were able to launch on that day. More than 85,000 people reportedly applied for $22.2 billion in loans at BoA, prompting the lender to limit applications to customers only. This led to many complaints from customers that said BoA was rejecting applications and other banks were simply not ready.

Meanwhile in the UK, the Chancellor of the Exchequer was forced to quickly revamp the new €330 billion Coronavirus Business Interruption Loan (CBIL) scheme after it emerged that a significant number of small businesses in the UK were being denied the loans and being offered different loans, some of which had interest rates of up to 30 per cent.

In response to the furore, the scheme was changed so that the requirement for banks to first assess whether SMEs are eligible for their other lending options was removed.

Under the terms of the revamped scheme, any viable business with a turnover of up to £45m will be able to access the scheme, which is interest-free and fee-free for the first year.

The upshot has been that, as of 7 April, loans totaling just £292 million (comprising a total of just 2,022 loans) have been made to small and medium-sized businesses in the UK. This is dwarfed by the Swiss total of €15 billion.

How does the UK’s CBIL scheme work? A lender can provide up to £5 million in the form of: term loans, overdrafts, invoice finance or asset finance.  The CBILS gives the lender a government-backed guarantee for the loan repayments to encourage more lending. The borrower remains fully liable for the debt. Under the scheme, personal guarantees of any form will not be taken for facilities below £250,000. For facilities above £250,000, personal guarantees may still be required, at a lender’s discretion, but:

In Germany, an additional emergency aid program for small- and medium-sized companies worth €300 billion ($324 billion) was announced by the government as it seeks to limit the economic fallout from the coronavirus pandemic. This new program was made public a few days after Angela Merkel’s ruling coalition decided on a crisis-fighting package worth €1.1 billion to provide loans and guarantees to the most endangered companies and also fund the acquisition of stakes in destressed businesses. The new loan guarantees aim to ease the expected economic contraction in 2020, which is expected to be greater than the 5 per cent drop caused by the sovereign-debt emergency in 2008 and 2009. This additional aid program would provide for a 100 per cent loan guarantee for companies with between 11 and 249 employees, while the first program provides for an 80 per cent to 90 per cent loan guarantee to bigger companies.

Despite all these measures, there have been reports that Germany is struggling, with talk of broken and overloaded systems after the aid systems were put into action. In addition, some requests have been denied, despite the fact that the applicants appear to qualify for the aid.

The Swiss approach seems to have been extremely successful, how does it work? The country’s comprehensive package of measures for SMEs can be broken down into two main parts. Firstly, businesses affected by the coronavirus crisis and with an annual turnover not exceeding CHF 20 million, ($20.5 million) will be able to apply to their regular banking institution, for an immediate loan worth up to 10 per cent of their annual turnover and capped at CHF 500 000 ($514 000). The interest-free loan will be provided by Swiss banks and the amount will be fully secured by the Swiss government. And while businesses must meet certain minimum criteria, such as having declared that they have suffered substantial revenue losses due to the pandemic, the scheme has proven to be efficient and straightforward.

The other option available to businesses in Switzerland seeking a bridging credit exceeding CHF 500 000 ($514 000), is to apply for a loan of up to CHF 20 million ($20.5 million), also provided by the Swiss banking system. A total of 85 per cent of the loan will continue to be backed by the Swiss government and charged at a 0.5 per cent interest rate, while the lending bank will secure the remaining 15 per cent, charged at a more competitive rate. Businesses with an annual revenue exceeding CHF 500 million ($515 million) are not covered by the scheme.

In Italy, the government has approved a new emergency decree that will offer more than €400 billion of liquidity and bank loans to companies hit by the coronavirus crisis. “This is real firepower. I cannot remember such powerful measures being introduced in the history of our republic to help with the financing of our businesses,” Prime Minister Giuseppe Conte said. More than 17,600 people have died from coronavirus in Italy since the crisis began in February, the highest death-toll of any country. The Treasury will shield banks from losses on 90 per cent of loans to companies of all sizes, in a move expected to inject some €200 billion into the economy. The guarantee can be extended to 100 per cent of possible losses for loans not exceeding €25,000.

Meanwhile, in Luxembourg, the parliament has unanimously approved the first portion of the government’s Covid-19 stimulus package, which included €330 million of emergency loans to small and medium-sized enterprises.  The key measures introduced for SMEs and startups are as follows:

In addition, Luxembourg is calling on aspiring entrepreneurs to help alleviate the economic, health and societal impact of the coronavirus pandemic, promising financial support for projects that can be delivered to market within the next six months.

In Spain, the government has outlined details of state-backed credit lines to help companies limit the impact of the coronavirus crisis, with an initial tranche of 20 billion euros ($21.6 billion). The measures are part of a total of €100 billion in state-backed credit lines, which is part of a broader €200 billion package. As part of the scheme, the state will guarantee around 80 per cent of unpaid loans to self-employed workers and small and medium-sized companies, which represent the bulk of Spanish businesses. These two categories will receive half of the first tranche in credit lines.

As for Portugal, the government has announced an extension of tax payment deadlines, as well as a €200m credit line for struggling companies. In addition, there is a €60m credit line for micro-enterprises in the tourism sector.

The Portuguese government has also provided support for maintaining employment contracts by taking on most of the cost of a worker’s salary, even if they are not working. There is also a budget to allow people who are out of a job to get training, while there are deferred payments on all contributions by self-employed people.