“The notorious RBG” was a liberal icon and a powerful voice, even in dissenting opinions. Her death raises a number of questions about what happens next for the Supreme Court. 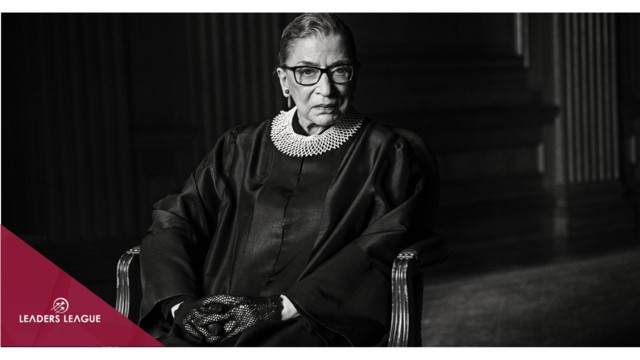 Arguably the most iconic liberal-leaning judge in the history of the US Supreme Court, Ruth Bader Ginsburg has died at the age of 87 from pancreatic cancer-related complications.

Her death so close to the US presidential election, which is scheduled to take place in barely six weeks’ time, means that President Donald Trump will still be able to approve her successor even if he loses the election. His choice, whoever he or she may be, will tilt the Supreme Court decisively in favor of Republican policies for up to a generation.

Raised in Brooklyn, New York, the young woman born Joan Ruth Bader went on to complete a bachelor’s degree at Cornell University, after the deaths of her older sister and her mother. She married Martin Ginsburg, whom she met at Cornell and with whom she would remain until his death in 2010. Later saying that they pledged to choose a profession and pursue it together for the rest of their lives, the pair enrolled at Harvard Law School, at a time when women were a rarity at the institution.

Following a transfer to Columbia Law School, where she finished tied-first in the class, Ruth Bader Ginsburg entered academia, teaching civil procedure and doing pro bono legal work for the American Civil Liberties Union, where she served on the board of directors and founded the Women’s Rights Project, in the 1970s. In the spring of 1980, President Jimmy Carter nominated her to sit on the US Court of Appeals for the District of Columbia Circuit, where she often found common ground even with conservatives – most famously fellow future Supreme Court justice Antonin Scalia – leading to her being labelled a moderate. Scalia described Ginsburg as “the leading (and very successful) litigator on behalf of women’s rights”; the two were, despite their many political differences and constitutional disagreements, good friends until Scalia’s death in 2016.

Leading light
In June 1993, President Bill Clinton appointed Ginsburg to the Supreme Court as the bench’s second-ever woman. Noted as a cautious jurist, frequently basing her decisions on precedent, Ginsburg slowly accrued a reputation as a fairly progressive judge. In the infamous Bush v. Gore case of 2000, where the seat of the presidency was hotly contested, Ginsburg was one of the four dissenting judges, arguing that county-specific irregularities should be taken into account when counting electoral ballots. Given that the five majority justices, whose decision resulted in George W. Bush’s victory in the 2000 election, adopted an uncharacteristically liberal stance, while the dissenting judges took an unusually state-centric approach, the case is widely regarded as having been decided on political rather than legal lines, and eroded the vision of impartiality many Americans had ascribed to the Supreme Court.

When justice John Paul Stevens retired halfway through President Barack Obama’s second term, Ginsburg became the most senior member of the Supreme Court’s unofficial “liberal” wing. She continued to issue progressive judgments and opinions, such as Obergefell v. Hodges in 2015, which resulted in same-sex marriages becoming legal in every state of the US, and Whole Woman’s Health v. Hellerstedt the following year, which overturned a controversial Texan law making it difficult for women to access abortions.

She had been influential in shaping the US’s more progressive side long before this, however. In 1996, in United States v. Virginia, Ginsburg was part of a majority decision that overturned the Virginia Military Institute (VMI)’s barring of women from its ranks. In her opinion, she declared that the Institute’s promise to create a separate educational programme for women was unconstitutional, leading to the VMI enrolling its first female cadets the following year.

Even her dissenting opinions could be stinging indictments. In Ledbetter v. Goodyear Tire & Rubber Co., a 2007 case that made it harder for workers to bring wage discrimination cases against their employers, Ginsburg engaged in the rare practice of reading her dissent from the bench: “In our view, the court does not comprehend, or is indifferent to, the insidious way in which women can be victims of pay discrimination.”

"RBG was influential in shaping the US’s more progressive side, via Supreme Court rulings allowing women in the military and same-sex marriage"

Ginsburg’s death in election year has a recent precedent. When Scalia died in 2016, a full nine months before that year’s election, Senate Majority Leader Mitch McConnell refused to allow a vote on a nominee from then-President Barack Obama, arguing that the next President should appoint Scalia’s replacement. Now, however, six weeks before a presidential election, McConnell is already doing his utmost to usher in a justice appointment. He has attempted to stave off accusations of hypocrisy by claiming that because the same party has both executive power and legislative majority, a judge can be appointed by the current sitting president. “Since the 1880s,” he said on Friday, “no Senate has confirmed an opposite-party president’s Supreme Court nominee in a presidential election year.”

Such obscure mental gymnastics are one thing; actually getting a justice confirmed between now and the election is another. The election is 45 days away; Neil Gorsuch took 65 days to be confirmed, Sonia Sotomayor 66, and Elena Kagan 87. If Democratic nominee Joe Biden wins the election, the Democrats retake the Upper House, and Trump thereby becomes a “lame duck” president, any attempts by McConnell to force through a Trump-appointed justice will be bald hypocrisy indeed. Several Republican senators, such as Alaska’s Lisa Murkowski, Iowa’s Charles Grassley, Maine’s Susan Collins and Utah’s Mitt Romney – the only Republican Senator to vote for Trump’s impeachment – have directly or indirectly signalled their unwillingness to approve a rushed-through Trump appointee.

High-stakes succession
Nonetheless, the Republicans have a clear majority in the Senate, and a frontrunner for the vacant Supreme Court seat has already been thrust into the limelight: Amy Coney Barrett, who was considered for the vacancy that went on to be filled by Brett Kavanaugh. A 48-year-old 7th Circuit judge, she has clear Republican leanings, believing that life begins at conception and that Supreme Court precedents can be overturned if they conflict with the US Constitution, a document ratified over 230 years ago.

As noted by the New Yorker, in the event that Biden wins the election and the Democrats take the Upper House for the first time in nearly six years, the victors will have three options to tilt affairs in their favor: the abolition of the filibuster; granting statehood to the District of Columbia and/or Puerto Rico, each of which would yield two likely Democrat Senators; and adding more seats to the Supreme Court. The number of seats on the Court was established by statute rather than the Constitution; two more seats could be added, with legal and constitutional validity.

This eventuality is, at present, a pipe dream for progressives; it rests on a number of unlikely conditions being met. But for many in the US, such a hope burns far more strongly after the death of their favorite Supreme Court justice.